"JOGJA ORA DIDOL/YOGYA IS NOT FOR SALE", STREET ART IN YOGYAKARTA (PHOTO: BALISOLO ON FLICKR)

One oft-noted feature of Indonesia’s post-1998 democracy has been the prominent role of civil society organisations in national political debates. Often described in terms such as “vibrant”, “vocal” or “outspoken”, the leaders of major civil society organisations (CSOs) working on issues like anticorruption, gender equity, migrant rights and the environment maintain high media profiles and are consulted regularly by politicians and bureaucrats. Nobody would doubt that they face challenges in actually achieving progressive policy goals, yet Indonesia is clearly a significantly more hospitable environment for pro-democratic civil society than its ASEAN neighbours.

But there is far more to Indonesian political life than what occurs in the corridors of power in Jakarta. The political liberalisation that followed the fall of Soeharto 20 years ago next month was accompanied by the wholesale devolution of financial and administrative responsibility to hundreds of local government jurisdictions.

It is in Indonesia’s regions where the challenges that confront civil society in gaining influence over policy are most acute. At the same time, however, the experience of regional CSOs sheds light on the opportunities available to them in a context where political elites are constantly seeking electoral advantage, including by sporadically embracing reformist policies.

Advocating for change: from the inside, or the outside?

Indonesian decentralisation has revealed a spectrum of CSO engagement in promoting citizens’ rights at the local level, ranging from staying outside as a watchdog, to moving inside in the bureaucracy itself, typically as consultants to local government.

The outsider-watchdog position is what we typically associate with the role of civil society. Indeed, the most high-profile examples of CSO activism directed at local government have been of this variety, encompassing mass demonstrations, theatrical performance, and coordinated use of social media. In Jakarta, the civil society groups working on pedestrian rights have gained international media attention for their mission to raise awareness of the need for the city government to protect the rights of pedestrians.

Outside the capital’s media spotlight, civil society is still doing its part to pressure local administrations towards policy change.

In Yogyakarta, a boom in the construction of hotels and student flats over the past decade has seen the emergence of the “Yogya Asat” (literally “Yogya is drying up”) movement. Unchecked construction has created problems of ground water supply, which many local households—especially lower-income ones—rely upon for their daily water needs. In some areas located behind the new hotels, water is scarce, particularly in the dry season.

In response, citizens and CSOs, under a loose coalition of “Warga Berdaya” or “Empowered Citizens”, have campaigned primarily through social media with the tag line “Yogya ora didol” or “Yogya is not for sale”. One current example is the construction of New Yogyakarta International Airport, which has seen the eviction of hundreds of households and farmers. Some have refused to be relocated, and have been on the receiving end of intimidation on the part of the state-owned airport authority. A vocal protest movement has also emerged and continues until today.

Following donors’ ideas that changes can also be started from within the government, there are cases where CSOs choose to integrate themselves into local government bureaucracies. By being inside the local government, the idea goes, CSOs can institutionalise issues they advocate (such as transparency, accountability, or gender-based governance) by pushing local bylaws (Perda) through the system. In Central Java’s Banyumas regency, a major source area for migrant workers, women returnee migrant workers established a local CSO, Paguyuban Seruni, which has been very active in pushing local government to make sure local labour supply agencies are following rules and regulations—for example, on age restrictions of women who can go abroad to work.

But institutionalising policy responses means much more than establishing a local by law, or an office and staff in a corner of a regional bureaucracy. More importantly, it means implanting an enduring awareness of issues in the collective mindsets of local bureaucracies. (To take one example that’s all too commonplace in towns and cities around Indonesia, public works departments tend to think nothing of constructing a bus stop with only stairs, and no ramp for disabled passengers.) In short, by being inside local government, CSOs at the local level can be—and have been—advocates for the needs and priorities of social constituencies that are normally sidelined by Indonesian local governments.

Being “inside” the government can also mean jumping the bounds of civil society and running as a politician in local elections. Beginning in the 2004 legislative elections, many CSO figures have stood for legislative seats at the national and local level. The idea of penetrating the arena of political society among civil society activists is to speed policy changes by gaining closer access to, and influence over, the bureaucracy and legislative processes. In addition, elections for these offices are a moment in which citizens can make explicit “deals” with a candidate to exchange interests once the leader is elected.

Even if they do not go so far as to compete for office directly, the opportunities for CSOs to use elections as a mechanism to gain concessions on their areas of advocacy is being aided by a general shift towards program-based, rather than patronage-based, forms of campaigning for regional executive office.

This was witnessed recently in the 2017 Jakarta gubernatorial elections, in which a coalition of CSOs representing low-income neighbourhoods threatened by the incumbent governor Basuki Tjahaja Purnama’s eviction policies forged a strategic alliance with his challenger, Anies Baswedan. The new administration in Jakarta has allowed space for a path-breaking collaboration between communities and activists to plan their communities from the bottom up.

More broadly, the introduction of direct elections for regional executive heads has created openings for experiments in forming democratic “political blocks”, whereby a coalition among civil society groups unites to advocate beyond sectors issue in election. In elections for the district head of Karawang in West Java in 2015, the successful candidate garnered support from workers in 2015 in an exchange for an agreement to boost the minimum wage. On what basis do CSOs make the strategic decision to either advocate for policy change from within or from outside local government? Based on my observations of local-level advocacy throughout Indonesia, I believe it depends on two main factors.

First is the type of issue and sector a given CSO or coalition of CSOs deals with. There are many issues that local-level CSOs work on: governance, pluralism, environment, forestry, minority groups, gender, climate change, disaster management, public services, and many more. One could roughly group these various issues into different categories: political economy issues, social and political rights, and public services (although, needless to say, such groupings can overlap).

Political economy issues—for instance, conflict over resources between citizens and corporations in resource-rich areas, or evictions in urban areas—are “hard core” issues in which oligarchic interests come into play. They are, understandably, harder to work on than increasing the quality of public services, or even promoting good governance in the public sector. Successful advocacy on these bigger problems therefore demands bigger coalitions, longer timeframes, and more comprehensive strategies to overcome the formidable power of politically-connected business interests in Indonesia’s regions.

Nowhere is the difficulty of attaining such coalitions more obvious than in regions rich in natural and mineral resources. In this political economy context, local CSOs are polarised between those who advocate citizens’ needs, and other groups—often still claiming the title of “civil society”—who support the local governments that are aligned in various ways with corporate interests.

A browse of the headlines from recent months will reveal cases such as in Kalimantan, where almost 5,000 former coal mining areas are left abandoned and unrehabilitated, becoming hazardous sites. 15 people died in Samarinda, East Kalimantan in 2016 after injuring themselves in disused mines. It became a heated issue in the local community, and CSOs have amplified residents’ concerns, urging local government to push mining to rehabilitate the areas. But nothing changed; the balance of incentives for local politicians was so firmly stacked in favour of preserving their business allies’ economic rents. In Rembang, Central Java, where a planned cement factory has met intense resistance from local farmers, Governor Ganjar Pranowo has so far not changed a plan to develop the plant on agricultural land. (Indeed, he has sufficiently evaded the controversy to be nominated for a second term in the June 2018 regional elections.)

One worrying trend that has marked regional CSOs’ confrontations with powerful private interests is the outright criminalisation of civil society figures. In a recent case in the tin mining area of Belitung, an activist was criminalised in response to his criticism of local government figures’ ties to illegal tin mining. A return to centralisation?

Observing some of the undeniable failures of decentralisation, some have suggested that it is better to return power to the national government, as they know how to run the country best. Bringing back government closer to the people—the ideal of decentralising power—is a fait accompli in Indonesia, despite its inconsistent results.

Thus, arguments for the winding back of regional autonomy do not reflect an upswell of public desire for the recentralisation of power in Jakarta. Rather, they primarily shed light on the ever-present conflict over power and resources between national and local governments. Indonesia needs to learn from history that the country is too huge to be governed in a centralistic and authoritarian manner, in which local political unites are denied a chance to groom their own strong political leaders, and where citizens’ voices are too far from the locus of authority that they are never heard. 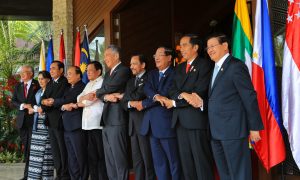 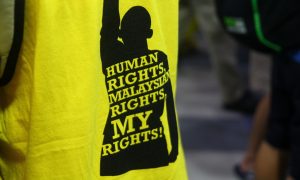