It won’t be news to New Mandala readers that 2017 has been a grim year for democratic freedoms in Southeast Asia, continuing a trend that’s been underway for some time. But out of all the countries New Mandala covers, Indonesia has stood out as a democratic and open space. One particular hallmark of its post-authoritarian politics has been the prominence of a vocal, independent civil society.

But even in Southeast Asia’s democratic heavyweight, worrying signs are on the horizon. The watershed 2013 Law on Mass Organisations marked a return towards greater state monitoring and discretion over the activities of civil society. In July 2017, a more drastic amendment to that law, in the form of a presidential decree, has raised alarm among civil society about the future of freedom of association. These moves follow on from the 2008 Law on Information Technology (UU ITE), which harmed freedom of online speech, including by civil society actors. More broadly, the increasing prominence of illiberal and anti-democratic discourses among the political class, deteriorating minority rights, and anti-LGBT crackdowns all suggest that Indonesia’s politics and society are growing less open and democratic.

Today, New Mandala is pleased to start a new collaboration with the TIFA Foundation, the Jakarta-based affiliate of the Open Society Foundations network. The TIFA Foundation has provided support to many of the Indonesia’s most respected civil society organisations, supporting campaigns in critically important fields like access to information, community and independent media, legal aid, anti-corruption, and minority rights. You can find out more about the TIFA Foundation and the work they do supporting progressive organisations in Indonesia at their website.

As part of our developing collaboration with the TIFA Foundation, New Mandala is publishing a series of posts and policy papers under the banner of the Regional Learning Hub. The Regional Learning Hub will be a site for conversations about the big issues facing civil society in Indonesia and Southeast Asia amid shrinking civic space. Contributions from scholars from around the world will put the experience of Indonesian civil society in its regional context, and highlight the opportunities available for civil society to defend democratic space.

Today at New Mandala, you can read the first instalment in this series. Political scientist Dan Slater offers a big picture overview of the outlook for democracy in Southeast Asia, and what can be done to defend democratic institutions and ideas. Over the next few months at New Mandala, you’ll also be able to read longer policy papers from experienced researchers which will take an in-depth look at issues that are affect civil society’s ability to fight for democratic rights—from internet freedom to political decentralisation.

As the leading academic blog on Southeast Asia, and a longstanding platform for pro-democracy voices, New Mandala is a natural partner for the TIFA Foundation. We’re pleased to have the opportunity to work with TIFA to host a frank conversation about the state of civil society in the region as the forces of authoritarianism—whether wearing the masks of populism, militarism, or religion—threaten the ability of less powerful social groups to organise and demand their democratic rights.

We hope you enjoy exploring the issues with us. As always, we encourage any and all readers to join the discussion in the comments field, on our Facebook page, or on Twitter. 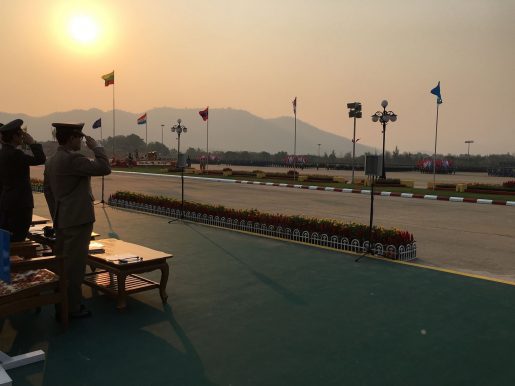