A call for immediate monarchical reform from students across the nation has been loudly heard in Thailand, shaking the foundation of a sacred institution that has long dominated Thai politics. After a group of Thammasat University students proposed ten points of reform to relegate the monarchy back under the authority of the constitution, the government’s swift response was to accuse the students of being “anti-monarchist”—a crime which could potentially result in a lengthy prison sentence.

Threatened by these twin fronts of protest, the government has both arrested core student leaders and forced Facebook to block access to the Royalists Marketplace in Thailand. Learning from modern authoritarians of the world, Thai leaders increasingly recognise the importance of complementing hard repression with information manipulation, particularly in cyberspace, to control domestic public opinion. Contemporary tactics are varied, ranging from censorship, website access restrictions, to the arrest of social media users and bloggers.

In previous decades, the authorities used the lèse-majesté law against critics of the monarchy. But since 2017, there have been no new cases, a trend to protect the image of the Thai monarchy from criticisms over excessive use of the draconian law. The Computer Crimes Act is now the preferred legal mechanism in managing critics of the monarchy—an arguably more sophisticated approach since it seemingly levies less severe punishment. Prison terms are shorter and bail is often granted.

But what remains distinctively “Thai” about the new approach is that those charged with cybercrimes are also accused of changchat, or “hatred of nation”. The discourse of changchat, which glorifies the monarchy as the nation’s heart and soul, legitimises the arrest of critics of the monarchy, as well as the blocking of critical content on the internet against the royal institution. Hating the monarchy is equal to hating the nation, hence an elimination of the haters is justified.

Branding the student leaders calling for monarchical reform as changchat is a powerful justification among royalist factions to support the resort to force. Anti-monarchist dissidents exiled across the Thai borders, labeled as changchat too, have in recent years been killed, abducted and forcibly disappeared. The government exhibited little enthusiasm in investigating these cases, while royalists believed the victims deserved such maltreatment—all because they were perceived to be changchat. 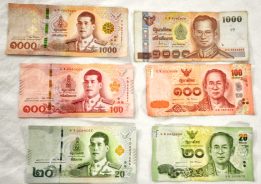 The state’s tactics for dealing with elements critical of the monarchy are an amalgam of old and new instruments—modern techniques to block online criticism are paired with the familiar stirring of royalist-nationalist sentiment via the discourse of changchat to justify the repression. Lèse-majesté still exists, just disguised under the accusation of cybercrimes.

The current student protests are a historical moment in Thai politics in that the students have defied the taboo and deliberately confronted the discourse of changchat. Indeed, they have pushed the boundaries of free speech in Thailand so far that it will be difficult, if not impossible, for them to back down. This situation has then placed the ball in the government’s court: how will it respond if the students escalate their protests?

If the government’s changchat campaign fails to curb the student movement, the prospect of a violent crackdown looms. The use of force is not uncommon in the Thai political context. The massacre of Thammasat students in 1976 exemplified ruthless methods for dealing with elements critical of the monarchy. The last violent crackdown took place in 2010 against red shirt protesters, a movement that brought together democracy proponents and supporters of former Prime Minister Thaksin Shinawatra.

For now, the student protests show no sign of fading and Facebook reportedly plans to sue the Thai government over its censorship demands. The only defence the students have to carry on their defiant protests is their mass numbers. Over the past weeks, some ordinary Thais have sympathised with the students, evidenced by multiple protests across Thailand organised by non-student leaders. This broadened, collective strength could counterweigh a decision by the government to rely on force—but only if the latter realises violence would bring catastrophe to itself more than anything. 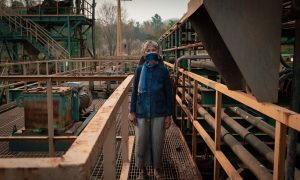 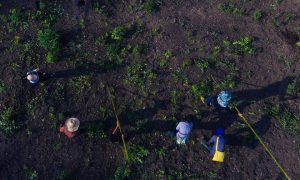 “Rice for Fish”: Karen counter-narratives of self-sufficiency and Thainess

Karen-led initiatives such as "Rice for Fish" are challenging Bangkok-centric stereotypes that ethnic minorities are lazy, backwards and in need of the state's intervention.