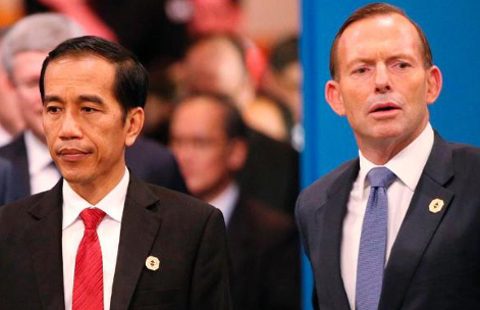 The recent executions in Indonesia of convicted Australian drug smugglers Andrew Chan and Myuran Sukumaran have tested ties between the two nations.

Australia’s Ambassador to Indonesia Paul Grigson is still absent from Jakarta, having been recalled to Canberra in the aftermath of the executions.

It was therefore timely that an expert panel discussing the future of Australia-Indonesia relations convened this week at the Australian Strategic Policy Institute (ASPI) in Canberra.

In the wake of the executions, emotions have run high in both countries.

But according to former Australian Ambassador to Indonesia, Bill Farmer, Australia has to “just calm down.” Farmer counselled Australia to take a “common-sense, low-key, and unhurried” approach to the relationship. Natalie Sambhi, an analyst from ASPI, similarly advocated a sense of “steadiness”.

It is worth reviewing the foundations of Australia-Indonesia ties in this light.

Greg Fealy, an Associate Professor at the Australian National University, drew attention to the “rapidly-changing nature of the relationship” that he argued was mostly on the Indonesian side. Indonesia’s economic growth (currently 4.7 per cent per annum) and favourable demographics have given President Joko ‘Jokowi’ Widodo a “surge in self-importance” according to Fealy. The language used in Jakarta has changed from talking of Indonesia as a regional power to one with global ambitions.

Fealy acknowledges however that Jokowi’s government is the “least diplomatically competent” compared to its predecessors. Previous president Susilo Bambang Yudhoyono by contrast was an experienced statesman and had an interest in Australia. Graeme Dobell from ASPI pointed to SBY’s reaction to US President Barack Obama’s announcement to station marines in Darwin in November 2011. Only months after the announcement, the Indonesian president chose to spend three days with Prime Minister Julia Gillard in Darwin while the US marines were on the ground.

Australia already has many ties with Indonesia. The countries signed the Lombok Treaty for Security Cooperation in 2006 and have close people-to-people links in the defence community. Farmer pointed to the growth in the size of the Australian Embassy in Jakarta and the increasing diversity of the staff, now including agricultural and transport experts as well as career diplomats. In this way, Australia has “put more ballast in the relationship,” said Farmer. But Australia can do more.

Culture emerged as an important area for improvement. Allen Behm, formerly head of Strategy and International Policy at the Australian Department of Defence, felt that language would always be a constraint. Few Australians speak Bahasa Indonesia, resulting in many bilateral conversations being conducted in English.

Sambhi pointed to positive cultural exchanges at the university level and CAUSINDY, an annual conference for Australian and Indonesian Youth. But while these cross-cultural partnerships are important, Fealy felt the real gap rests with the elite. He urged Australian Government officials to “be interested in Indonesia beyond the brief,” and cautioned that “we won’t get that warmth [in the relationship] if we don’t establish it at the elite level.”

Strengthening institutions was another area where Australian could help Indonesia, said Behm. He felt that Australia should assist Indonesia in climbing up the Corruption Perception Index (currently at 107) to perhaps a level equivalent with Malaysia (currently at 50).

In addition to these sharp observations on the future of the Australia-Indonesia relationship, there are two critical points that I would add. First, as part of the 2015 Foreign Affairs Budget, Australia announced it would open a third diplomatic mission in Indonesia in Makassar, Sulawesi (also known as Ujung Pandang). Admittedly, in the same budget Australia also cut aid funding to Indonesia. Nevertheless Makassar is the fifth largest city in Indonesia, a gateway to Eastern Indonesia, and not on the international tourist map. At a time when DFAT has otherwise been contracting, this new post signals Australia’s intent to connect with Indonesia beyond Java and Bali.

Second, Australia and Indonesia are both participating in an informal dialogue known as ‘MIKTA’ (Mexico, Indonesia, South Korea, Turkey and Australia). These countries make up the 12th, 14th, 15th, 16th and 17th largest economies in the world and are joining together to create an informal forum based on shared values and interests. MIKTA could be a useful platform for cooperation between Australia and Indonesia. Indeed a MIKTA Minister’s retreat will be held in Seoul at the end of May.

Seoul may even be an ideal place for foreign ministers Julie Bishop and Retno Marsudi to repair Australia-Indonesia relations in a calm and steady manner.

Felicity Norman is a research assistant at the Coral Bell School of Asia Pacific Affairs, The Australian National University, where she has also researched the Australia-Indonesia relationship as part of a Master of Arts in Strategic Studies.