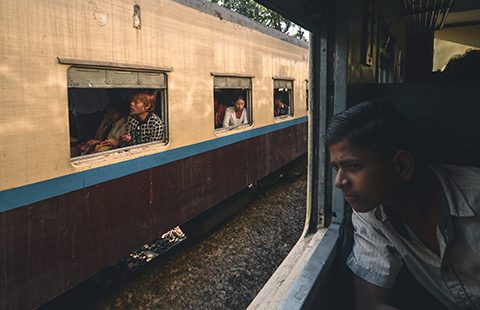 Earlier this year, New Mandala co-founder Nicholas Farrelly and Giuseppe Gabusi from the Torino World Affairs Institute co-edited a special edition of the European Journal of East Asian Studies, “Myanmar’s Tentative Renaissance“. The issue is part of an ongoing collaboration between T.wai and ANU scholars.

In this Q&A, New Mandala discusses the special issue with Gabusi, as well as the key challenges facing the country before and after historic elections.

New Mandala: In this special issue of the EJEAS, you’ve labelled Myanmar’s political transformation as a tentative renaissance. Why is that?

Giuseppe Gabusi: Recently, Myanmar has been experiencing a triple transition: from a military to a civilian government, from autarchy to open markets, and from internal strife to peace agreements.

It is a challenging task for a weak country like Myanmar, but we believe that – if these challenges are met correctly and in a comprehensive way – conditions are there for a renaissance of Myanmar’s political and economic role in thriving South-East Asia, building on its potential and on its strategic position between China and India, Asia’s two giants.

NM: In the wake of the National League for Democracy’s landslide victory in the 8 November elections, what do you perceive to be the role of the military going forward? What are the risks and opportunities that they present for a new government?

GG: As we know, according to the Constitution the military holds the key ministries of defence, home affairs and border affairs. It won’t disappear from the political scene.

For the new NLD government and for Aung San Suu Kyi in particular, it will be crucial to constructively engage with the military, because the huge problems the country faces can be dealt only with the support of all political forces sitting in the parliament.

While this represents a great opportunity to rally the country around a national development project, things can, of course, always go wrong; mutual suspicion is always lingering and building trust requires crucial skills that many members of the NLD still have to prove they have.

NM: In the issue, you cast your eye over the country’s changing political economy. What are the challenges and opportunities in this space? And how might this shape the next government’s term in power?

GG: Well, thanks to the opening up of the market and to the incoming flows of foreign direct investment (FDI) Myanmar’s GDP has been growing at a healthy annual rate of 8.5 per cent in the past three years. However, this is the easy part of the story, as when you turn on the tap, the water flows out immediately.

The real challenge is to transform growth into real welfare for citizens, spreading the water all around to fertilise the soil of Myanmar’s society. For this to happen, the government and the parliament have to build strong institutions to regulate the market, and to create spillover effects from FDI for the rest of the economy. The legitimacy of the next government will be tested on its capacity to deliver.

NM: Further to this, who are the major internal and external players in this space, and what will be their impact on Myanmar’s ongoing transformation?

GG: At domestic level, I would suggest to check the evolution of the army’s conglomerates and business interests: will the army contribute to the creation of the welfare I was just mentioning, or will the army try just self-reliantly to perpetuate and defend its economic privileges?

As for external players, I would look (in this order), at China, Japan, the United States, the European Union and India. While China cannot afford to have a bossy approach to Myanmar anymore, nobody in the country can seriously think of living without the flow of trade, businesspeople and investment coming from neighbouring Yunnan province.

Japan is impressively investing back in the country. The Americans and the Europeans will continue to pour aid money for building capacity and civil society, while introducing their companies and monitoring the human rights situation.

Unfortunately, I think India could be more constructively engaging in the country, but as historian Thant Myint-U has shown in his book Where China meets India, this seems unlikely to happen in the near future.

NM: Ethnic parties fared poorly in the 8 November poll. What is likely to be their impact on the next phase of Myanmar’s political development? Is there a risk of insurgencies flaring up again?

GG: It is an interesting question, and probably the most crucial one. The risk is very high, and the NLD MPs elected in this region will have to develop extraordinary diplomatic skills to engage with all political and military actors in their constituencies.

Again, this will require patience and strong cooperation with the Tatmadaw (the Union’s Army), that will have on one hand to uphold the national peace agreement signed on 15 October and on the other hand to try and demonstrate the potential benefits of peace to the ethnic armies that did not sign the agreement.

NM: Finally, the story of Myanmar’s election and political transformation isn’t just about the country itself; China and India will be looking on with keen interest. How are they likely to react to the voting outcome, and what role will they play in this unfolding story?

GG: After the shock suffered in 2011 with President Thein Sein’s first semi-democratic reforms, I think China has really learnt the lesson: their dominant presence in the economy ultimately backfired.

Pragmatically, President Xi Jinping had already received Aung Sang Suu Kyi in Beijing before the elections: she was actually treated as the leader of the country, as the Chinese leadership knows they will have to deal with whomever will be in charge in Naypyitaw.

India has first to sort out things in the restive regions of Assam, Manipur and Nagaland before Myanmar can become a bridge between China and India. New Delhi could also act as a positive force between Bangladesh and Myanmar on solving the issue of disenfranchised Muslim in the Rakhine State, but I am afraid the complexity of Indian democratic politics will not work in this direction.

Dr Giuseppe Gabusi is head of research at Torino World Affairs Institute and Adjunct Professor of International Political Economy and Political Economy of East Asia at the Department of Cultures, Politics and Society of the University of Turin.

Access the special issue of the European Journal of East Asian Studies here.