At the start of 2020 few of us would have recognized the face of the current director general of the World Health Organization. Three months later, and in the midst of the coronavirus pandemic he and other senior WHO officials appear on television and online almost daily, exhorting governments around the world to take urgent measures to stop the spread of the virus, advising them on how to do so, and coordinating efforts. To these exhortations governments in Southeast Asia, like their counterparts elsewhere, have a duty to respond. This duty they owe not only to their citizens and neighbours, but also to the international community of states, via a special regulatory regime that has emerged in part out of experiences fighting recent contagions in East and Southeast Asia.

In Containing Contagion: The Politics of Disease Outbreaks in Southeast Asia (Johns Hopkins University Press, 2019), Sara E. Davies explains how and why a duty to contain contagion at the source or within borders became central to the contemporary politics of disease control. She tracks regulatory changes for the control of contagion worldwide in tandem with the emergence in the 1990s of a new regional regime to respond to disease outbreaks among the member states of the Association of Southeast Asian Nations. In ASEAN, she observes, agreement to combat contagious diseases rested on a shared understanding of contagion as a security threat that member states would have to combat in unison rather than apart. Notwithstanding the divergences in capacities and willingness to combat contagion among Southeast Asian states, securitization of disease outbreaks in the 2000s made member states better prepared, overall, to combat it. But it also carried risks of costs to civil liberties and democratic practices that, if anything, are even more pronounced today than they were a decade ago.

Sara Davies joins us for a coronavirus pandemic special on New Books in Southeast Asian Studies to talk about health security and political sovereignty; the revised International Health Regulations; experiments with SARS and the avian influenza; surveillance of and reporting on contagious disease in Southeast Asia; democracy, transparency and trust in the wake of outbreaks; how endemic diseases risk being neglected and relatively unfunded in the wake of epidemics; and, the responses of China and Singapore to coronavirus, so far.

Interested to keep up with the latest news and analysis on the novel coronavirus pandemic in Southeast Asia? Check out the CSIS Southeast Asia Covid-19 tracker. 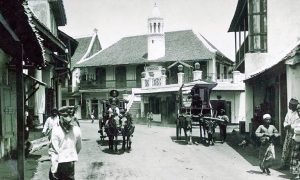 A discussion on the power and limits of colonial racial categories; Hadramis, Sayyids and Sharifas in maritime Southeast Asia; modernity and cultural hybridity; the descendants of Arabs in the Malay world today; 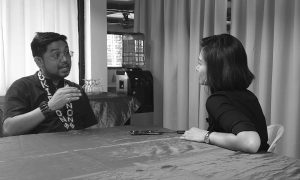