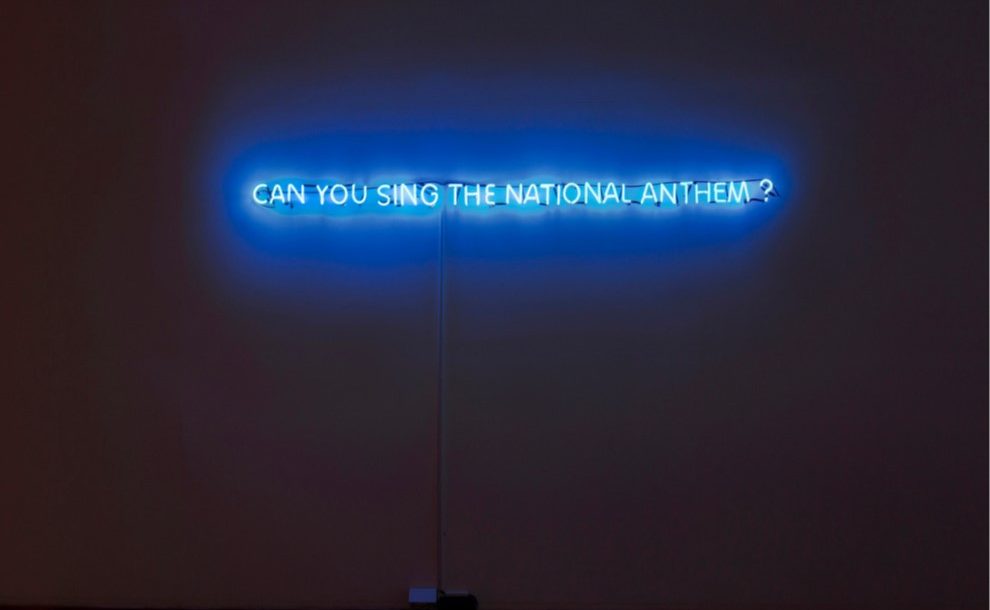 Including work by 12 younger and mid-career artists, Other Possible Worlds presents contemporary art from Thailand to Australian audiences. Reflecting Thai art, the exhibition includes works in many media—painting, sculpture, photography, installation, neon, video, prints and works on paper—and from many parts of Thailand. Thai art, becoming more established on the world stage, is a fantastic entry point to the country and its diverse cultures. It is creative, sophisticated and often socially or politically engaged. While it has not been easy to see, learn about or collect Thai art outside Thailand, Other Possible Worlds brings a range of work by leading younger artists to Australia.
Home to 70 million people, Thailand is the third most populous country in southeast Asia, and one of the most successful. Thailand is home to ethnic Thais, Malays and other minorities such as the Karen and Hmong, as well as large numbers of well assimilated migrants, especially from China. Over 90 per cent of the population is Buddhist and Buddhism has been a powerful influence on the country’s society and culture.
Another powerful influence has been the history of Thailand’s experience with colonial powers. Thais are very conscious that, unlike its neighbours, Thailand was never formally colonised. Equally, though, they are conscious of the impact of imported ideas on traditional values and institutions, including in politics. In recent decades, Thais have experienced elections, military coups, several constitutions, and a range of elected, unelected, and semi-elected governments. The monarchy holds a special place in Thai society. The present king, Rama X, ascended to the throne in 2016 on the death of his father, who ruled for 70 years.

Historically, Thai art has been used to promote Thailand’s rich heritage and traditions. At the same time, contemporary artists have enthusiastically engaged in contemporary debates. The works in Other Possible Worlds are connected by the artists’ collective investigation of key issues facing Thai society—urbanisation, environmental issues, inequality and the resulting high levels of disadvantage, and the political rights and duties of Thai people. As the title suggests, artists have the capacity to imagine other possible futures for Thailand. Other Possible Worlds provides a platform to discuss broader topics—both where these artists and works sit within Thai society and culture, and in terms of current trends in contemporary art. The exhibition will be accompanied by public programs allowing Australians and others to engage with Thai contemporary artists and curators. It is hoped the wider community of curators, artists, collectors, academics and researchers will participate in this discussion—bringing all voices and experiences together. Haisang Javanalikhikara
Haisang is one of a new generation of young Thai curators. An artist’s daughter, she studied media arts, contemporary art and curatorial practice in the UK. Returning to Bangkok she worked at Bangkok Art and Culture Centre from 2012-2018, while studying for her DFA from Chulalongkorn University. In 2019 she was appointed a lecturer at Chulalongkorn, where she’s a director of her faculty’s gallery and co-learning space CUArt4C, founder and editor-in-chief of the multimedia e-magazine Teleaesthetics
(teleaesthetics.net) and currently launching the first Master of Arts in Curatorial Practice degree offered in Thailand.
“For nearly a decade I’ve worked in the Thai art scene. I’ve seen great developments – maturing in curators, experimental spaces and artists making works in more challenging ways. So when I was approached by John Cruthers to work on an exhibition of contemporary Thai art to be shown in Sydney, I was excited and agreed straight away.
I’m pleased to work with John as I acknowledge his commitment to Southeast Asian art, which is pure and passionate. Also, I’ve found it thrilling to curate a Thai exhibition for a different audience. There are many Thai immigrants in Sydney, but this exhibition opens another perception of Thailand. It aims to help Australian audiences comprehend Thailand better.

To prepare, John and I did a research trip through Thailand to meet each artist we’re interested in. The exhibition comes from this work and our efforts to get the fullest understanding possible. We’ve gone back and forth on each artist and artwork; on how we’re showing them, how they interconnect, how they represent Thailand. I’d say we’re a great team as we have similar views on artworks which speak to us. A curatorial framework came naturally from our selections.

Other Possible Worlds should be a revealing introduction to Thai contemporary art as well as the current situation and how it has arisen from historical events. This two-part exhibition isn’t presenting one aspect of Thailand, but many, balancing both admirable and critical views. It reflects local events, but I also believe international audiences can relate it to global happenings as well.” 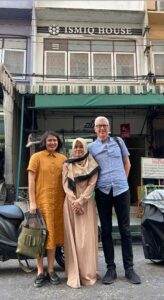 John Cruthers – co-curator
John Cruthers is one of Australia’s most respected art advisers, and since 2019 director of 16albermarle Project Space in Sydney. Working from 1974 with his mother Sheila Cruthers, he assembled the Cruthers Collection of Women’s Art. It was gifted to the University of Western Australia in 2007 and is Australia’s largest stand-alone collection of women’s art. In 1985 he began working with Australian private collectors. His enthusiasm for southeast Asian art was kindled in 2013. He has travelled widely in the region learning about its art and artists. He opened 16albermarle Project Space to share his passion for southeast Asian art with Australian audiences.

“In 2013 I began exploring southeast Asian art, after three decades working with Australian and Indigenous art. The work was a revelation, and I’ve spent eight years travelling and learning about each country’s art and art scene. My several months in Thailand have been in Bangkok and Chiang Mai. I’ve visited museums—public and private—university galleries, art centres and commercial galleries. But mostly I’ve met artists. It’s enriching to hear first-hand the impetus for their work and its contribution to national debates about key issues in culture and society.

I began collecting Thai art in 2015, with a focus on art by women. For me it’s a fascinating contrast to the Australian art I grew up with. It also represents the challenge of learning about a new country and its culture. From my first purchase I’ve been confident other Australians would share my enthusiasm if I could find a way to introduce them to the work. Meeting Haisang has helped make this possible.” More on art from Southeast Asia 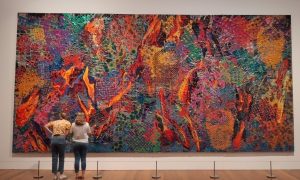 Beyond borders at APT 10 Part 2: Textures & translations in SEA abstraction 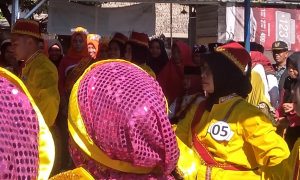 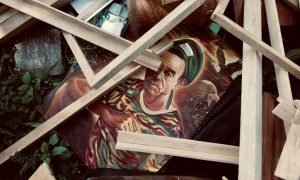