At the ballot box, the Hindu nationalist Bharatiya Janata Party (BJP) has always relied on communal strife. Infamous for their anti-Muslim provocations, the BJP have long realised that violence against Muslims helps them win elections by consolidating Hindu votes. But recently, the BJP and its associates on the Hindu right have gone to great lengths publicising the party’s outreach to Muslim communities.

But if the BJP wins elections through communal polarisation, why be nice to Muslims?

Numerically, in most constituencies, Muslim votes are not necessary to win elections for the BJP. Out of 545 Lok Sabha seats, only 87 have Muslim populations of over 20% and these are often divided between the BJP’s main opposition, the Indian National Congress (INC) and strong regional parties. Indeed, pursuing Muslim votes could damage the BJP’s core Hindu nationalist constituencies, where such campaigning is often viewed as minority appeasement. The reason behind the BJP’s Muslim outreach then does not seem as simple as wanting Muslim votes.

Importantly, the BJP is not reaching out to all Muslims, but rather concentrates its efforts among women and within minority Muslim communities. Performances of Muslim outreach rarely engage with the North Indian Sunni communities who dominate traditional Muslim centres of power like Aligarh Muslim University, the Deoband seminary and the All India Muslim Personal Law Board. These articulate and steadfast points of power represent challenges to the logics of Hindu nationalism and, predictably, find themselves labelled as extremists or Bad Muslims (often used interchangeably) by the Hindu right.

So instead of visiting Delhi’s famous Jama Masjid, Modi instead chooses to visit mosques belonging to the tiny community of Dawoodi Bohra Muslims. When he carefully praises elements of Islamic practice, he does so at a Sufi conference, and then too implies that those who do not follow the “spiritual love of Sufism” instead pursue “the violent force of terrorism.” Even those few Muslims who do attain high political positions within the BJP are not usually from majority Muslim communities. The only remaining Muslim in the Modi cabinet, Mukhtar Abbas Naqvi, is a Shi’a (and was preceded by Najma Heptulla, a Dawoodi Bohra) and unsurprisingly holds the minority affairs ministry. In Yogi Adityanath’s Uttar Pradesh state cabinet, there is also only one Muslim minister, Mohsin Raza who is also a Shi’a.

While some consider the affinity of minority Muslims like the Dawoodi Bohras a result of non-Deobandi syncretic traditions, these groups are often wealthy business communities who financially benefit from strong relationships with the incumbent government. Bohras and Shia’s do not necessarily vote BJP because they believe in the anti-Muslim rhetoric of the Hindu right, but because their businesses suffer when in opposition to government and because they stand to gain when traditionally exclusive Sunni centres of power are weakened. Beyond Muslim religious minorities, Muslim women have also been identified by the Hindu right as targets of outreach campaigns, specifically around the issue of triple talaaq, or instant divorce. While Muslim women activists have been challenging the tradition of triple talaaq for decades, the BJP has adopted this issue as one of its own. It loudly trumpets the 2017 Supreme Court judgement that triple talaaq is unconstitutional as an achievement of the party and the Muslim Women (Protection of Rights on Marriage) Bill it introduced in 2017, which was passed on 27 December 2018 with much fanfare.

While the movement against triple talaaq undoubtedly moves towards gender justice in Indian Muslim communities, its publicity is disproportionate to the scale of the issue, and fails to recognise that Muslim communities frequently disavow the practice. Using triple talaaq as a battle cry, the BJP again plays multiple hands. It positions itself as the feminist saviour of Muslim women (despite a steadfast silence on other less symbolic women’s issues like violence against women in both Hindu and Muslim communities). It uses the trope of the “oppressed” Muslim woman as one more tool with which to characterise religious Sunni men as Bad, a familiar story in India. Patriarchy meets Islamophobia in a potent cocktail when the BJP reaches out to women for the same reason it reaches out to Muslim minority communities: because they are viewed as “inoffensive” to the BJP’s core Hindu nationalist constituency. That is, they are underestimated as potent political actors able to challenge the logics of Hindu supremacy.

By erroneously identifying and isolating Muslim minority communities and women as pro-BJP, the Hindu right is able to challenge inter-Muslim communal solidarities that make implementing Hindu nationalist agendas difficult. BJP leader Subramanian Swamy said as much in an interview with Sanjay Pugalia from The Quint:

“A new strategy was formed by BJP and RSS to do the opposite of what has been happening till [sic] now… Split a section of Muslim women away from the Muslim vote bank through the Triple Talaq Bill. Carve out the Bohras and the Shias from that vote bank. Isolate the Sunni block, especially the Wahhabis. We got the majority through this formula.”

Swamy’s formula seems to be a key tactic in undermining the authority of traditional centres of Muslim power in India like the All India Muslim Personal Law Board and cross-confessional Muslim support for parties like the Samajwadi Party (SP) in Uttar Pradesh. While there has never existed a unified Muslim “vote bank”, the perceptions of a Muslim community fractured along these party lines is damaging to traditional Muslim powerbrokers.

It is unlikely that the BJP is engaging with Muslim communities out of an interest in their wellbeing and it would be a mistake to take these manoeuvres at face value. It remains that the BJP fails to field (m)any Muslim candidates in either central or state elections. Modi’s victory in 2014 produced one of the lowest representations of Muslims in parliament since independence and in the 2017 Uttar Pradesh state elections not a single BJP Muslim candidate was put forward. While some may point to the increased number of the BJP’s Muslim candidates in West Bengal’s May 2018 local panchayat polls as evidence of a changing BJP, its failure to significantly do so in either Rajasthan or Madhya Pradesh in the 2018 state elections indicates a continued reluctance. 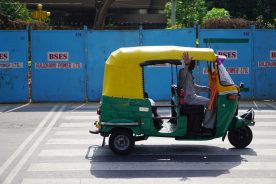 BJP governments, both state and central, remain unwilling to punish (and indeed, are often accused of sponsoring) violence against Muslims. Central BJP ministers attend the funerals of people accused of lynching Muslims over suspicions of beef consumption, draping their coffins with the national flag. Union minister Jayant Sinha garlanded eight convicted murderers who had lynched Alimuddin Ansari in Ramgarh over cow trafficking. In this year’s state elections in Madhya Pradesh, Rajasthan, Chattisgarh and Mizoram, the BJP’s chief campaigner was hardliner Yogi Adityanath who retains an ongoing relationship with the stormtroopers of the Hindu right, the Bajrang Dal. Although this tactic will undoubtedly be rethought given the BJP’s heavy losses in these elections, we cannot take seriously any suggestion that the BJP is interested in the welfare of India’s Muslim communities.

But if the BJP doesn’t need Muslim votes, and is not interested in Muslim community development, then why commit to elaborate performances of Muslim community outreach and engagement? What other significant groups of voters could be influenced by the BJP’s performative minority outreach?

The party’s close relationship with Hindu nationalist violence has made it an unattractive electoral choice for many Hindu voters who might think of themselves as liberal or progressive. These voters might theoretically support the bravado of Modi as well as the BJP’s anti-corruption and public sanitation campaigns, but are repelled by the aura of violence that surrounds the Hindu right. Votes like these might otherwise easily be picked up by the Congress or regional parties like the All India Trinamool Congress (TMC) in West Bengal and the SP or Bahujan Samaj Party (BSP) in Uttar Pradesh.

Winning Muslim votes is not crucially important to the BJP, but being seen to be winning it is, because it appeals to “liberal Hindus” who might otherwise be repelled by the BJP’s communalism. By focusing its performances of intercommunal harmony on Muslim minority communities and Muslim women, the BJP is able to pursue this performance without alienating its core Hindu nationalist constituencies, who would decry any serious engagement with Muslim communities as “appeasement”. How the BJP maintains this balancing act in 2019 remains to be seen after its heavy losses in the 2018 state elections. If communal rhetoric like Yogi Adityanath’s renaming campaigns in Uttar Pradesh or Kerala’s Sabarimala debacle fail to consolidate traditional BJP voters, perhaps we will see more performances of minority outreach by the BJP with the goal of netting the votes of “liberal” Hindus who would otherwise be lost to more traditional secular parties. 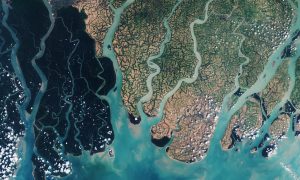 Women at the Water’s Edge: lives of women in a climate changed world

In India's Sundarbans, climate change is fundamentally transforming the everyday lives of women living in remote chars, or river islands. 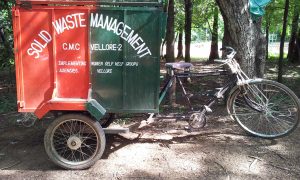 A lasting, cleaner India depends on undermining the enduring belief that removal of tainted things is the responsibility of people who are born to the task. 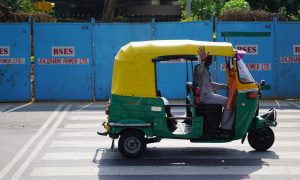