Politics of the interregnum

With the end of King Bhumibol Adulyadej’s historic reign, Christine Gray asks what reason is there for Thailand’s lese majeste laws. His successor should seize the chance to rid the country of them.

Many scholars and journalists, including myself, have spent a long time silenced, waiting for the king’s death. So long, in fact, there’s probably a break point between generations who remember King Bhumibol as vital, in the 20th century, and those who have never known him vital at all — only as a figurehead via Palace and state publicity, as object of manipulation and saintly icon in the 21st, a prisoner of his own lost intentions.

The Thai people and we have spent a long time waiting to speak the truth, openly, since the 21st-century era of the king’s life was nothing but an opportunity for oligarchs, billionaires, and military governments, including the present junta, to move front and centre. In so doing, they wrestled the kingdom’s lese-majeste laws to dizzying if not incredible depths, subjecting the country, the leadership, the law and Thai royals to universal disdain, while also catapulting the monarchy, and their dogs even, into the realms of satire.

The end of Bhumibol’s reign is an incredible historical moment, one of genuine grief for the late king, if not for opportunities missed during his reign. But also an opportunity for change.

The junta by itself has no charisma, character or direction except more satire, more twisted pronouncements as they entangle themselves in the fast-moving world of social media. Lese-majeste laws were harshly enforced against statements couched in 140 characters or less, a meme or an emoticon, instead of punishing far more lethal efforts by police, military and their royalist allies to kill or imprison rivals and competitors, leaving the enraged and befuddled middle classes stranded in between.

Maha Vajiralongkorn is at a turning point. Having indulged himself to the max, and been demonised to the max in the seemingly endless, gruelling saga of the final, moribund years of his father’s life, his is an opportunity. The heir apparent has the chance to turn things around, to listen to the genuine grieving of his “subjects” and respect them for their education, smarts, charisma and abilities to see the truth; to let go of moribund tradition and embrace the type of modernity which sustains him in his European life.

Crawling in the royal presence is an anachronism, a disgrace. If your German real estate agents don’t do it, perhaps your subjects and servants might wish to forego the pleasure as well.

Neither the prince nor the military can survive without each other. In upcoming weeks and months, they can sink into the considerable worst of each other and engage in the brutal jockeying for power that typified the Ninth Reign, or they can take a moment to quit grabbing, to grieve the monarch whom they all proclaim to respect.

The world has also changed considerably since King Bhumibol took the throne in 1946. Regional alliances have shifted. The romance with the United States has long faded, having sustained a near fatal blow from the brutal massacre at Thammasat University in 1976, and the silencing and murder of democratic contenders and opportunists since.

The world of social media and cell phones has arrived, centering the margins, evening the political field. Isan “tuk-tuk” taxi drivers have been seen and heard and played the role of heroes and witnesses in the Red Shirt movement and its aftermath. Muslim separatists (or democratic activists) in the South have mastered the kingdom’s language of images and violence, pinpointing, exactly, their oppressors — the Queen and her military minions.

By now, generations of Thai students – regular citizens, not princes — have been educated abroad. Generations. Many are studying for advanced degrees in the world’s capitals, exchanging ideas and information with their peers.

Offspring of royalty, themselves global in reach, are tired of the myths of their ancestors, willing to let go. The women, in particular, are jaded by the sexist social mores. Maha Vajiralongkorn’s fourth wife/princess-consort, adept in the ways of European shopping, fast cars, and real estate ventures, knows enough to fear for her life and those of her relatives. Neither the prince nor the nation can afford another Srirasmi debacle.

By the way, where is Srirasmi? And has she seen her son?

As in the United States, during this execrable election cycle, social media have transcended and made ridiculous traditional elites and mainstream sources of information — network and cable television, print journalism, and more — reshaping election dynamics, millennials letting the older generation know exactly how old they think we are. Although it still carries inherent risks, people — including women and girls, beauty contestants, even — can tell, and photograph, their own truths. 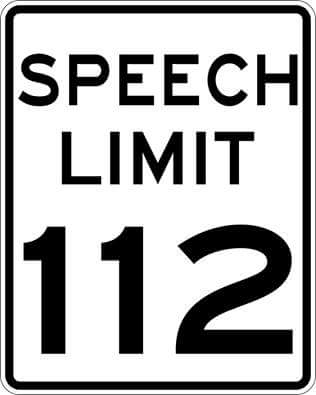 Thailand, well into the 21st century, has achieved levels of education and awareness envisioned by revolutionist, scholar and Senior Statesman Pridi Phanomyong nearly a century ago in creating the nation’s first constitution (before it got “modified” by King Prajadhipok). No one can pretend otherwise. No need for monarchy or military rule — or men, even — to “keep order” and maintain the hierarchy.

Try the voting booth. Try not bribing voters, even, or judges. Or buying appointments.

Constitutional contortions have been identified for exactly what they are — manipulations with no soul or sense, plunging well-intentioned conservatives, even, into doubt, inducing, through fear, its own kind of democratic fervour.

However deaf they may appear, the nation’s leaders, including the Crown Prince, have heard the warnings and disdain from foreign diplomats and the messages of the stock market — noting the risks to the economy and Thailand’s international stature should the Northern Korean-ish puppetry remain in place.

As evinced by the eye-popping size of the Crown Property Bureau and its wealth, there is more than enough for everyone. Yes, oligarchs may be presented with opportunity, too, but engorgement, excess, is, in the end, not satisfying, presented in pungent terms in the Trai Phum or “Three Worlds” according to King Ruang, part of an ambient culture. It’s not legacy; it is disgrace, and it is not good for the children. Whatever the necessary for protection from discrimination in the 20th century, this does not exist in the 21st.

Many, many strands of Thai society, including royals, Sino-Thai businesses, higher echelon police and military, university students, sex workers, domestic workers, foreign workers and expatriates are global in orientation. Each of those populations knows and sees what is going on beyond the informational constraints imposed through the kingdom’s capital, just as multicultural, multilingual peoples of the kingdom’s so-called “periphery” have long known the same. With royal polygamy supposedly on the wane, the Dhammaraja can no longer centre these populations in the palace and capital, capturing their loyalties and the resources of their relatives via the institution of the harem.

Eye symbolism is key in Buddhism and in Thai-Buddhist culture, symbolic of wisdom and enlightenment. There are eyes everywhere, inside and outside the country, and they are no longer the eyes of a supposed all-knowing, benevolent king.

Some, like the nation’s generals, have come up the ranks under the aegis of the royal family, to which they owe their bread and butter (or rice). Others, however, are trying desperately to hold onto the Buddha’s teachings, adhering to the ideals of detachment and non-violence embodied in the mythology of His Late Majesty if not his minions, and the wisdom of the Middle Way.

This, the interregnum, is an extraordinary opportunity for the better. Newsmen and scholars, embittered by threat, reduced to silence or shouting out the obvious, can move middle, dispatching their views in more nuanced and sympathetic terms while still telling the truth about Thailand.

The nation has sustained a loss. Of what sort, however, is open to debate.

Prem, head of the Privy Council, is frail, Prayuth, ridiculous, his alleged underling, dangerous, the police, restive, Maha Sirindhorn, tired, Maha Vajiralongkorn, at a turning point, wife/consort number four, a sitting duck. The kingdom’s leadership, including the Privy Council, has the opportunity to show itself though action.

The kingdom is in an extraordinary moment of transition. Censorship, the deification of the 112 law, will only provoke its opposite.

The irony, of course, is that Maha Vajiralongkorn, like Prince Charles, is already old. We, members of the post-World War II baby boom generation, have fought our battles.

The next generation, including its scholars, is wise and well-schooled. Let them speak.

The world is watching. Choose freedom.