João Bosco Liberty Nahak (29), currently works with Similie, a social enterprise that utilises technology to solve problems faced by the community and improve service delivery by the government and development partners. Image supplied by the author.

Probing the dilemma of the young people in Timor-Leste

During the post-independence era, the young people of Timor-Leste have often found themselves embroiled in conflict.  Recent fighting among groups of youth in the street of the capital city shows that young people continue to resort to violence to settle their resentments and frustrations. This draws criticism from the country’s leaders who say young people lack the focus to take responsibility for the development of the country in the future. The reasons for this violent behaviours are complex, but the driving factors include unemployment and lack of opportunities and support to realise their abilities and potential. Furthermore, many think the government’s decision to reactivate several martial art groups that were previously banned has the potential to fuel more conflicts among the youth.  Young people in Timor-Leste are scrutinized for lacking the skills required to meet the demands of the job market, but few jobs are available for them. Many young people are leaving the country to seek jobs overseas. The National Employment Strategy 2017-2030 aims to link job seekers with employment opportunities, but progress is slow. While the responsibility is on the government and private sector to address this issue, can the young people of this country become a force of positive change?

There are plenty of efforts to support, empower and improve the capacity of the youth. For example, Knua Joventude Fila-Liman, a one-stop-shop platform for youth leadership, innovation and entrepreneurship launched in 2017, has provided support service from idea generation, mentorship programs, focus groups and trainings.  Similarly, Timorese Youths Initiative For Development – TYIFD, made up of a group of volunteers youth, has provided mentoring and training as well as organized seminars and workshops for young people in different areas including business and networking. Or Youth Leadership Development Program that aims to transform the mindset of the youth into a transformative and constructive learning environment, as well as to promote youth literacy in the country by providing positive learning space and leadership training, capacity-building, personal development, and research. There is also an autonomous government institution called Instituto de Apoio ao Dezenvolvimento Empresarial (IADE) or the Institute for Support to Business Development, which has provided assistance to new and developing businesses since its establishment in 2004. 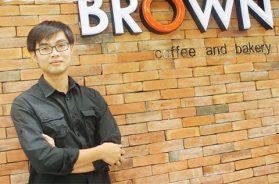 The rise of the young entrepreneur in Cambodia

While the existing supports are important, the young people still feel the shortcomings. For example, João Bosco Liberty Nahak (29), currently works with Similie, a social enterprise that utilises technology to solve problems faced by the community and improve service delivery by the government and development partners. Bosco leads Internet of Things (IoT) and field tech team at Similie where, among many others, he helps to install and maintain technology such as Hydropanels (Source Global) that produce clean drinking water. Thirty hydropanels have been installed in Letefoho and 80 in Atauro, producing up to 3,300 liters of clean water. Similie and similar enterprises provide crucial platforms for the young people like Bosco, and these hydropanels could easily address water shortage issues in many rural areas if the government is willing to invest in a solution-based approach where young people like Bosco can use technology to solve problems.

There is also a concern about lack of readily available products made in the country to support local businesses. For instance, to support her famous Ademeki Boba Drinks business in Dili, Vadalia Moniz Fernandes (27) mostly imports cups, straws, and mixing ingredients from particularly Indonesia. She started her current business from the scratch with great difficulty, teaching herself how to make the drink from YouTube. Today, Vadalia has two active stores and employs more than thirty young people, but is hampered by conditions that do not encourage the forging of local business-to-business relations and makes it difficult to prevent money flowing out of the country. 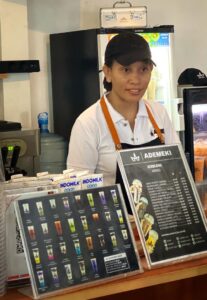 Benizevio Ramos da Silva (25) is part of “Joven Kreativu,” or a group of 8 creative youth who make and sell mung bean porridge at their rented house. They came to Dili to pursue education but due to limited financial support from the parents and families, decide to start the initiative with very limited capital they put together. Today, they are able to make around $300 a day from selling the porridge and directly connect with mung beans farmers in the municipalities to buy the beans at $75 per 50 kilograms. But they have faced a lack of information regarding existing government assistance for new businesses like theirs, which could have allowed them the access to necessary supports for developing and growing their business. 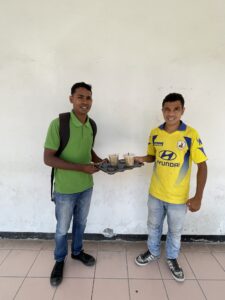 Meanwhile, having a local farm in an area outside of the capital city, the greatest obstacle for Zacarias da Conceicao or ‘Zac’ (27) is selling his produce, with a limited market in the local areas and a lack of connection with the buyers in Dili. In April this year, the twenty-seven years old Zacarias da Conceicao or ‘Zac’ harvested first 2,500kg of tomatoes from the farm he started in October last year with the support of friends, which he refers to as Aubaca Group. Zac earned a modest US$2,500 from the first harvest. Having experienced the impact of the Covid-19 pandemic, Zac saw the opportunity to grow food locally on 1.5 hectares of land in Baucau. This farming initiative, most importantly, was made possible by the financial and logistical support he received from close friends who provided up to US$5,000 of funding to keep the farm up and running. Today, Zac leads a team of three to run the farm with the plan for further expansion in the future. 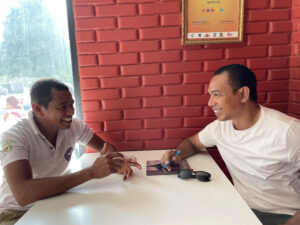 While the limitations raised by the young people are notable, the response from the government is on the right course. Last year, the government through the State Secretary for Youth and Sport launched a program called Programa Estímulu Empreendedorizmu Social Joventude Suku, a national program providing stimulus funds for youth social entrepreneurship the village level. The objective is to encourage young people to directly contribute to the economy by working in productive sectors such as agriculture, aquaculture, and community tourism. The fund is provided to the existing activities so that they continue to operate, and its success is exemplified in the recent harvest of fish by two youth groups in Manufahi and Dili. Targeting the existing activities means that the fund is allocated to the young people who have proven themselves, recognising and appreciating their efforts.

One of the goals of Timor-Leste Youth national Policy 2016 is “to ensure young men and women have equal opportunities to increase their employment skills, are able to employ themselves, and have employment opportunities.” This can be achieved by providing enabling space and tools for young people to carry out research and development of business ideas, finding solutions for problems they identify in their communities. Such enabling spaces and tools will enable youth to fine-tune their business ideas and customize their solutions. In parallel, the government should provide funding for these activities. In fact, the call for the establishment of “a Youth Fund to finance projects and programs to support young people and their development” is emphasised in the Strategic Development Plan 2011-2030 and the programs of the current government. The establishment of fund by the State Secretary for Youth and Sport is a partial answer to the call for a youth fund. However, the government also needs to think about expanding the scope of the fund to include new business ideas with the potential of having positive impacts to the community.

In terms of funding for youth, Timor-Leste can learn from other countries that have created different funding schemes to support the young people to develop their ideas. For example, through the Foundation for Rural Regional Renewal – FRRR, young people across Australia can apply for $10,000 grants to develop and implement ideas that can affect positive change in rural communities. Similarly, through Youth Enterprise Development Fund, young people in Kenya are able to access financial support to realise their project ideas. Such funding, of course, does not automatically translate into results; proper procedures for selection, implementation, monitoring and evaluation need to be put in place. Most importantly, the businesses has to have clear channel of revenue to become self-sustainable.

Bosco, Zac, Vadalia, and Benizevio show that the young people of this country are ready to make a difference, but lack the enabling conditions that allows many like them to use their skills to realise their potential and business ideas. It is time to stop treating young people as passive participants in the development process and change the modus operandi of “planning for the youth” to “planning with the youth”, allowing young people to take lead. To enable the young people to take lead and make a difference, the government can play a greater role by creating necessary condition and putting resources at their disposal. 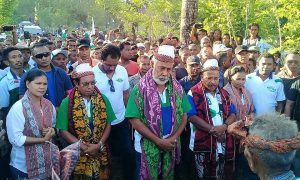 Timor-Leste’s deep politics and the enigma of Xanana Gusmao

In 2018, Gusmao's reframing of his modernist vision through a lulik alliance signalled a return to his cultural roots that assisted in regaining his waning charisma. 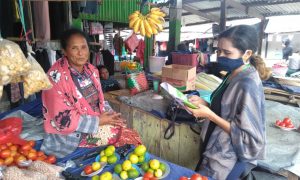 Civic space in Timor-Leste during COVID-19 Part 2: Access and equity 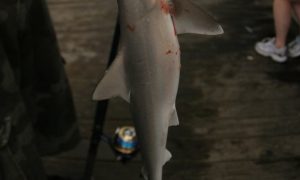