In early 2020 last year, dozens of people, mostly from fisher’s associations, gathered in front of the Chinese Embassy in Jakarta. With a huge white loud-speaker truck, they screamed and protested China’s moves in the North Natuna Sea. They demanded China back off the Indonesian exclusive economic zone, stop breaching Indonesia’s sovereign rights, and stop threatening Indonesia’s fishermen.

Aside from protestors in front of the Chinese Embassy, columns in Indonesia’s major newspapers written by Indonesian scholars and analysts, as well as seminars and focus group discussions organised by universities and think tanks, have also voiced their concerns on China’s move in the South China Sea. They demand a strong response from the Jakarta government. Posts to social media and group messaging platforms have echoed the same concern.

These kinds of protests are not the first and surely will not be the last in which masses of protestors and Indonesian intellectuals express concern about China’s increasing threats in the region. The North Natuna Sea is just one among many issues to gain attention, including repression of Chinese Uyghur populations and the migration of Chinese workers to Indonesia.

Indeed, in 2020 the Lingkaran Survey Indonesia showed that 34 percent of Indonesians hold negative perceptions of China. This is a quite significant increase from the 2016 survey, in which the level of negative attitudes toward China was only 19 percent.

In light of this, the Indonesian government has to consider and adjust its policies and responses to any escalation with China in the South China Sea.

Despite protests demanding Indonesia take a strong stance against China’s incursions in the South China Sea, Jakarta seems to have a positive relationship with Beijing. With an influx of infrastructure projects and money from Beijing, surely the government does not want provocative and unproductive protests to obstruct China’s investment?

After the January 2020 incident, when China’s coast guard entered Indonesia’s exclusive economic zone in the North Natuna Sea, Luhut Binsar Pandjaitan, Coordinating Minister for Marine Affairs and Fisheries, urged the public not to exaggerate the incident. Presumably he didn’t want that the incident to be a barrier to China’s investment. 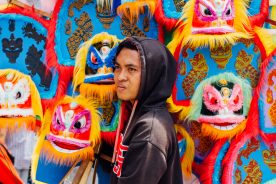 Despite Luhut’s warning, the public is still demanding a strong response from Jakarta. Indeed as a new democracy, the Indonesian public tends to openly express what it thinks on any issue, including foreign policy.

Although Jakarta wants to have good economic cooperation with Beijing, President Joko Widodo has responded to public demand with several symbolic and rhetorical acts, to show that his administration is actually taking sovereign rights violations in the North Natuna Sea seriously. That included conducting a limited cabinet ministerial meeting on a warship in Natuna in 2016 and visiting Natuna Sea himself after the 2020 incident.

This rhetoric is necessary to show that even though Jakarta desires strong economic cooperation and investment from Beijing, it takes any maritime violations seriously.

Indonesia’s position on the South China Sea dispute has already clarified that we are not a claimant to any features in the disputed area. However, the overlap with the Chinese Nine-dash line was ruled illegal by a 2016 tribunal.

For the past several years there have been some second-track diplomatic efforts from scholars and analysts in Southeast Asian countries, such as Indonesia, Malaysia, Vietnam, and the Philippines, to consider how civil society and researchers can help to navigate and find a common interests in the dispute. It is often easier for a non-government institutions to find common understandings and common interests, which may enable them to advise their respective governments’ on the next move, including in the current ongoing negotiation of the Code of Conduct.

That being said, Indonesia’s South China Sea policy, and government responses to any violations in the South China Sea, are also driven by public concern and demand, considering the strategic role of civil society, public intellectuals, and NGOs. It is important to make sure they retain their role in advocating Indonesia’s national interest in the dispute.

More on China in Southeast Asia 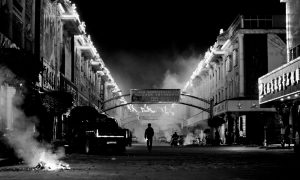