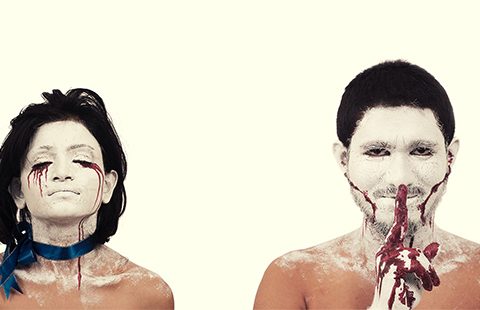 Ritualism and the erosion of human rights Just because states sign up to human rights conventions, it doesn’t mean they will follow them. Often it’s the exact opposite, writes Melanie O’Brien.

While paying lip service to stopping human rights abuses, leaders in the Asia-Pacific are rejecting basic freedoms and reinforcing their own power, eroding human rights and flouting the very international agreements they are parties to.

Prosecutions for the crimes of lèse majesté and sedition have dramatically increased in the past two years in Southeast Asia. As a means of maintaining power, countries such as Thailand and Malaysia are clamping down on freedom of expression.

Since the May 2014 coup in Thailand, extraordinarily long sentences have been imposed on those convicted of lèse majesté, such as the 30-year sentence given to 48-year-old Pongsak Sriboonpeng in 2015. Accused are held in secret military detention. It was reported that, prior to the military coup, only two people had been prosecuted for lèse majesté, but this figure had risen to 56 by August 2015. Even the United States Ambassador to Thailand was investigated for the crime.

Despite a promise in 2013 to repeal their sedition law, the Malaysian government has instead increased prosecution of the crime, with dozens charged since that promise was made. In 2015, Malaysia passed amendments to the sedition law, raising the maximum punishment from three years in prison to seven and 20 years. The amendments also prohibit those who make or circulate an electronic publication from accessing any electronic device; by doing so, cutting that person off from communication.

The goal of these lèse majesté and sedition laws is to restrict freedom of expression in order to keep power, by repressing any opposition to the current regime.

Further north, China still practices torture although it has officially renounced it, and its human rights defenders still disappear into arbitrary detention. Thailand hands out decades-long sentences under the loose accusation of lèse majesté, or showing leaders disrespect. While appearing to soften sedition laws Malaysia has actually toughened them. Hundreds of asylum seekers fleeing drastic conditions are detained indefinitely in horrific conditions by Australia, the country to which they fled in hope, which claims to be one of the compassionate democracies of the world.

There is an increased lack of respect for human rights in the Asia-Pacific region, including in Australia, amid a growing trend for governments to reject the implementation of rights, even if a country is party to human rights instruments and is obligated to respect and protect those rights.

A consistent trend running through this is the desire of governments (and individual officials) to maintain their power. The rejection of rights occurs through a variety of means, from failing to apply existing laws that do respect rights, to a lack of willingness to introduce laws or policy that uphold rights.

Some Asia-Pacific countries subscribe to the argument that their culture will be eroded through implementing human rights; that human rights are a Western construct being imposed upon their culture. This argument is usually applied to particular human rights, such as women’s rights, freedom of expression, and freedom from torture – freedoms and rights that would upset the current power balance and nothing, really, to do with culture. It is all to do with entrenching the power of the ruling elite, a motivation that is becoming more prominent throughout the region.

China has taken steps towards the elimination of torture, with the Supreme Court ruling in 2013 that confessions extracted through torture are not admissible evidence, and 2011 and 2014 amendments to the Criminal Procedure Law intended to enhance defendants’ rights and outlaw torture. In practice, though, torture still takes place, with one prosecutorial investigator telling me in confidence and in blatant euphemism that ‘we still lean on suspects’.

In 2015, the UN Committee Against Torture confirmed that China is still actively carrying out torture and ill-treatment of suspects. This includes the arrest and arbitrary detention of human rights defenders, who are often kept incommunicado, leaving their families without knowledge of where their loved ones are or if they are even still alive.

Torture is used specifically as a form of power, and combines with the high levels of corruption in China – a crime also directly about power. China is actively seeking to combat corruption, but the desire to combat torture seems far less pronounced.

Australia continues to be highly criticised for its treatment of asylum seekers, held in off-shore detention centres. Reports from the Australian Human Rights Commission, the UN Special Rapporteur on Torture and the UN Committee Against Torture reveal ill-treatment and torture of detainees. However, the horrific findings of the reports have not led authorities to take action, instead the Australian government’s response has been to protect its power, claiming that ‘Australians are sick of being lectured to by the UN’.

This raises the question of the status of the respect for the rule of law and human rights in these countries. For example, if the Chinese Supreme Court and the Criminal Procedure Law outlaw the use of torture, why is it still being used? If Australia is a state party to the International Covenant on Civil and Political Rights, the Convention Against Torture and the Refugee Convention, why are asylum seekers being tortured and ill-treated?

The answer lies in a process Professor Hilary Charlesworth terms ‘ritualism’. Charlesworth defines ritualism in this context as ‘a way of embracing the language of human rights precisely to deflect real human rights scrutiny and to avoid accountability for human rights abuses’. States go through the motions of ratifying human rights treaties and being reviewed by UN committees, or promising to uphold human rights, but never truly follow through with actions that sustain human rights.

Alternatively, states that are not parties to human rights treaties, such as Malaysia or China, neither of whom is a state party to the ICCPR, are under no obligation to implement rights that are not customary law. However, these states give the pretence of upholding rights, but again, without following through.

All of these actions are a form of ‘ritualism’, designed to appease critics, rights advocates and the masses, all the while holding on to their hold on power. It is clearly time that we all stop being ‘appeased’, before we find all our rights have been eroded.

Dr Melanie O’Brien is a post-doctoral research fellow in the TC Beirne School of Law and researcher in the Asia Pacific Centre for the Responsibility to Protect, at the University of Queensland.