Salvation from Aceh fishermen breaks the silences of the refugee regime

When 94 Rohingya refugees were found stranded at the Andaman sea on June 24, local Acehnese fishermen once again demonstrated an exceptional form of hospitality. It was not the first time that, despite boats being pushed back by national authorities, local fishermen rescued occupants and brought them ashore. In 2015 local villagers in Aceh also saved the lives of hundreds of migrants attempting to disembark their boats, in the event that was later known as the ‘Andaman Sea Crisis’. This humanitarian response quickly gained acknowledgment in mass and social media. The public strongly condemn government’s reluctance to rescue ‘boat people’ and praised the local community for filling the humanitarian void. However, more importantly, what this humanitarian act represents is the attempt to break two kinds of silence reproduced by the prevailing regional and global refugee regime for decades. One is the refugee application process that fails to comprehend refugees’ silent bodily gestures of insecurity and consequently, further sustaining their suffering. The other silence is the politics of indifference played by the regime, resulting in the lack of refugee protection and adequate human rights provision.

‘Refugee’ is an ‘expensive’ legal status ascribed to asylum seekers wishing to secure a better live. It comes with a card allowing its holders to access a set of protection packages in host countries: accommodation, healthcare, education, employment—basically, their primary sources of security. This is a practice which gives the UNHCR, as the leading actor in the global refugee regime, a kind of power to decide which groups of people deserve protection from insecurity, and which do not—making them the global police of populations. However, in order to fulfil that security, asylum seekers must provide evidence of their experiences of persecution in countries of origin. The discursive element of the application process is substantial, whereby asylum seekers are required to articulate their distressing experience to emphasize how security is stripped off from their lives. This requisite of speaking their insecurity, however, often leaves them re-traumatised and eventually, silenced. As a consequence, many asylum seekers fail to obtain refugee status and have been forced to repatriate to their home countries or live precariously as ‘illegal’ migrants.

The silence, which the regime cannot recognise as an expression of asylum seekers’ vulnerable condition, is more than enough to serve as a valid reason for Acehnese fishermen to step up to deliver protection. Their ability to spontaneously detect emergency and offer assistance confirms that insecurities can actually be embodied through refugees’ lived bodies. It is the silenced bodies of those people in boats that speak the language of desperation and helplessness: their hunger, thirst, trauma, fear, exhaust, hopelessness, and at the same time, hope for the future. These threats are not manifested in the form of speech acts, but demonstrated by refugees’ bodily acts—and it should be enough to incite sympathy, as one of fishermen said to The Guardian about his response to finding people jumping off their boats into the sea:

“We helped them because they needed help. If we find someone in the ocean we have to help them no matter who they are.”

Apart from this, the hospitality displayed by local fishermen also represents a protest at the lack of protection by national governments. For decades, neighbouring countries where the Rohingyas are temporarily settled have remained silent and have been largely absent in the delivery of appropriate and adequate responses for the displaced.  No concrete steps have been undertaken by ASEAN member countries, for instance Indonesia, Malaysia and Thailand as ‘transiting’ and destination hotspots for Rohingya refugees, to address this recurring crisis. Indonesia, particularly, opts to rely on bilateral ‘talks’ with Myanmar to cease prolonged persecution of stateless Rohingya, clearly expressing the country’s objective to accelerate the process of repatriation. Beside that this approach has not resulted in any positive progress, it also demonstrates Indonesia’s intention to refrain from its responsibility to protect displaced peoples in its territory. In 2016, after providing camps for 1 year, the government was largely reluctant to take follow-up measures. As a result, many Rohingya refugees fled to Malaysia with the help of smugglers, which they believed was a safer place where they could access the informal labour market.

Meanwhile, no better strategies have been undertaken by ASEAN and other regional organisations. ASEAN prefers to delegate the handling of forced displacement to the Bali Process, where the issue of refugee rights is conflated with the issue of criminality-focused people-smuggling and human trafficking. So far, this has achieved nothing beside reinforcing the stigma of refugees as a security threat to host countries.

In addition, the slow processing rate of asylum applications within the global refugee regime is also under-criticised.  In Southeast Asian countries, most of which have not ratified the Refugee Convention, UNHCR only has two options for ‘legal’ refugees: resettlement and voluntary repatriation. Yet, as the major destination country in the region, Australia, has mainstreamed its ‘turn back the boats’ policy and limited its refugee quota, repatriation seems to be the only feasible ‘solution’ for UNHCR, even though the safety of repatriated refugees in the Rakhine state cannot be guaranteed.

These inappropriate responses by the regime, therefore, have demonstrated a deafening silence in handling forced displacement in the region. The Acehnese local community’s response to this absence of humanity is in a stark contrast to the regime’s manner. As one of the fishermen stated:

“If the government is incapable, we the community will help them, because we are human beings and they (the Rohingya refugees) are human too and we have a heart,”

What local fishermen deliver is not only the ‘best’ version of protection they could deploy, which goes beyond their own capacity, but also a strong ‘naming and shaming’ strategy to the challenge the government’s indifferent way of handling the crisis. The message is clear: the humanitarian emergency manifested in refugee exodus requires an unconditional humanitarian responses built on the principle of selfless and compassionate altruism, not those employing a rational cost-benefit calculation which potentially serve political interests. 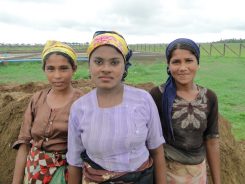 The Acehnese community have indeed transformed the expectations of how the refugee regime should respond to the wave of forced displacement, particularly in Southeast Asia region. Their sincere and spontaneous response demonstrates that the persistent silence sustained by the regime, through their inability to comprehend refugees’ state of insecurity and provide adequate protection and rights to these people, should be immediately terminate. If the regime wants to advance its primary purpose of protecting refugees on the basis of cosmopolitan humanism it must practice solicitude that works across time and national borders. This is a practice that demands that whenever you set eyes on helpless bodies silently signalling fear and hope, your first and foremost response should be to give your best version of protection, even if it necessarily means sacrificing your own needs and safety. 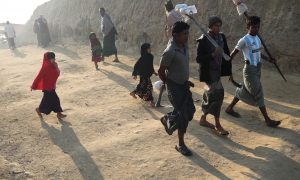 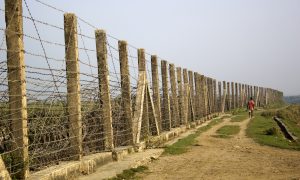