A voter poses with her inked finger after voting in GE14 on 9 May, 2018. MANAN VATSYAYANA/AFP/Getty Images

The historic triumph of the Pakatan Harapan (PH) coalition in Malaysia’s 14th general election (GE14) in May 2018 was premised on an ambitious manifesto, which included a promise to achieve a minimum of 30% female representation in state and federal government. However, despite an increase in the proportion of women in the federal parliament—to 14.9% from 10.8% after the prior election in 2013—the PH coalition has failed to meet its manifesto pledge, and Malaysia continues to rank poorly in global indexes for women’s political representation and gender equality. As of 2019, there are 33 women in federal parliament (14.9%), 5 female Ministers (17.8%), 4 female Deputy Ministers (14.8%) and 9 women in Cabinet (16.4%).

In a new policy paper published today at New Mandala, I present the results of a recent research project on the institutional and cultural causes of the continued under-representation of women in Malaysian politics, and what measures should be part of the developing conversation among civil society and lawmakers about remedying that under-representation.

Using a “supply and demand” model and feminist-institutional theory, this policy paper focuses on the factors that impede women’s political representation in Malaysia. The experiences and views of Malaysian women members of parliament (MPs) about the legitimacy of quotas as a way to increase women’s political representation are taken as interrelated factors in the supply and demand side of candidate selection. Interview responses from the MPs are used to develop recommendations in strategic areas in the supply (a reference to qualified and resourceful candidates) and/or demand (candidate selection practices) of the party nomination process. 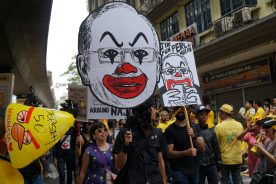 The critical mass of 30% female representation in politics is typically taken as an axiomatic goal in democratic societies and quotas are deployed globally to accomplish it. But this paper reveals that few of the elected women MPs are unequivocally supportive of the gender quotas in elections. In spite of this, this paper identifies the important role of demand for female representatives, and of formal institutions, in the selection and electoral success of women MPs in Malaysia.

The Akademi Keadilan Rakyat is presented as a case study for examining internal party strategies for promoting demand and improving women’s chances of selection and electability. Its parent party, Parti Keadilan Rakyat (PKR), has the best record for electing women parliamentarians in GE14. Its success can be attributed to its “values-based” ideology and innovative approach to training and mentoring female political hopefuls. It was also the first political party in Malaysia to include in its party constitution a commitment to gender equality and attaining 30% women in all levels of Malaysian government.

This policy paper makes 3 recommendations based on field research and interviews conducted with 20 women MPs from 7 political parties and the deputy principal of Akademi Keadilan Rakyat. First, it recommends the enforcement of reserved seats for women in central board of parties and selection committees. Second, the paper echoes the argument made by some MPs interviewed in this study for replacing the present electoral system with proportional representation (PR). Third, the PH government can achieve its 30% manifesto promise by improving the chances of nomination and electability in its smaller component parties Parti Pribumi Bersatu and Parti Amanah Negara through mentoring programmes for women like Akademi Keadilan Rakyat. 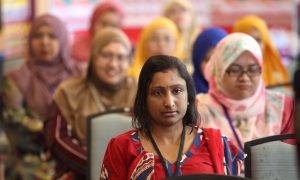 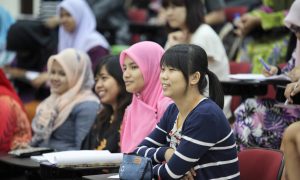 Pakatan Harapan had promised academic freedom and institutional autonomy for public universities. Can it—or will it—deliver?