Southeast Asia is one of the most ethnically diverse regions in the world. A quick glance at its demographics would suggest that these countries may indeed be defined less by their 20th century-determined territorial barriers, and more by the multiplicity of languages and ethnic cultures residing in them. What does this diversity mean for building a modern nation state?

In a study we conducted for our project, “Ethno-nationalisms in Southeast Asia”, we examined the relationship between ethnic homogeneity and regime type. This study is inspired by our observation that, while many have cited Southeast Asian countries as having exclusionary ethnic policies, more work needs to be done to understand ethnic exclusion as a regional trend and what it means for political practice.

To investigate these issues, we examined ethnic homogeneity of each country in the region by regime type and compared it to cases of violence and exclusion against ethnic minorities. For ethnic homogeneity, we used population statistics from the World Factbook of the United States Central Intelligence Agency (CIA), and for regime type, we used The Polity IV Project, or P4 scores which indexes regime changes in all independent countries with total population greater than 500,000. The P4 scores captures this regime authority spectrum on a 21-point scale ranging from -10 (hereditary monarchy) to +10 (consolidated democracy).

Here’s what we found.

When there are cases of violence inflicted on minority groups by non-state actors, it is noticeable that the state does less to protect them. In Indonesia, the minority Ahmadiyah Islamic sect had been subjected to lynch mobs by conservative Muslims in 2011. No redress of justice was extended to minority victims, and the perceived inaction (or at worst, tacit endorsement) of President Susilo Bambang Yudhoyono did not inspire confidence. The rise of Jakarta Governor Basuki Tjahaja Purnama, a Chinese-Indonesian popularly known as “Ahok”, also became a sore point for conservative Indonesian Muslims, leading them to conduct intimidation tactics against resident Chinese-Indonesians in a repeat of the horrific 1998 anti-Chinese riots. What are the implications of these findings for the region? There are many, but we end this piece with two provocations.

First, such ethnic policies have implications on migration and labour exchange between member states. This is particularly observable in the Indochina countries, since some ethnic groups are minorities in their neighbouring countries. For example, the Viet ethnic group of Vietnam is a minority in Cambodia. 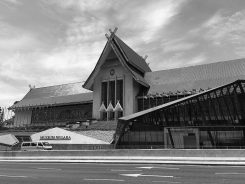 More broadly, this may also have implications to the dramatic migration of Chinese middle-class and tourists towards Southeast Asia. Might this trigger similar ethnic policies and eventual international conflict?

Second, regime types may act as a mediating variable of the state’s treatment of minorities. Though autocratic countries may deploy violence against minorities more openly, democratic countries, even flawed ones, presumably have norms and mechanisms against the deployment of violence against minorities. Furthermore, it is possible the ethnic composition of a country may have some influence with the country’s democratisation and its commitment to multiculturalism. Our discussion may contribute to the growing literature of democratisation throughout the region.