Suffer the children: in Thailand, children risk sexual abuse by officials charged with their care

This year there has been a slew of media reports accusing Thai officials — including teachers — of sexually abusing children in their care. Politicians too have faced charges of sexual dealings with minors and young women.

In February, a deputy school director was accused of offering a girl better grades if she came to his house, and of flirting with other students. A female teacher, angry some schoolgirls weren’t wearing singlets under their uniforms to hide their bras, told them to line up and ordered boys to stare at their breasts.

In May, seven officials and public figures were arrested over their alleged involvement in forcing underage girls into prostitution. Three were involved in running the child shelter where the victims were discovered. Others reportedly included teachers, army officers, medical personnel, and the son of a prominent politician.

In July, nine men were arrested in a child sexual exploitation operation. Three were teachers, one was a child welfare officer, and another a university lecturer. Several suspects reportedly confessed.

This month, a teacher was arrested on charges of sexually abusing children at his school, and posting videos of the abuse on social media.

Politicians too have been accused of sexual assaults against minors and young women. In July, an opposition party politician was accused of molesting two underage girls. And a (now former) deputy leader of a government coalition party, Prinn Panitchpakdi, faces sixteen sexual misconduct cases. One accuser was seventeen at the time of the alleged offence. 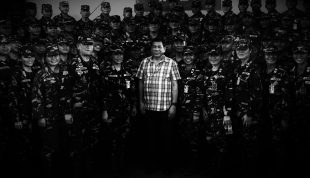 Street children are at greater risk under the new president.

These stories won’t be the last. Thailand has yet to stop abuses sanctioned by its hierarchical social structure or to treat the sexual assault of women and girls seriously. However, after student protesters demanding education reform in 2020 raised teachers’ abuse of children, more Thais are opening up about sexual abuse at schools.

Thailand has come a long way from 160 years ago, when men could sell their wives. However, men could legally rape their spouses until 2007. Rather than seeking to criminalise marital rape, the Justice Ministry initially proposed extending the right to women—seemingly indifferent to the violence that rape entails.

Some government figures downplay sexual violence against women. After a foreigner was raped and murdered in 2014, now-suspended prime minister General Prayuth Chan-ocha asked, “will [female tourists] survive in Thailand if they dress in bikinis? Unless they are not beautiful”. In 2016, then-Justice Minister General Paiboon Koomchaya said men who raped their wives were eligible for royal pardons, while other rapists were not. (King Vajiralongkorn later appointed Paiboon to be one of his advisors on his privy council.) When accusations against Prinn emerged, a party colleague said, “I admire [his] courage, if one makes a mistake, then ask for forgiveness and that is what he did.”

Thai society is hierarchical, with the king at its apex. It sacralises respect for—and obedience of—one’s “superiors”—and grants them power and authority over their “inferiors”. Within this structure, as academic Saichol Sattayanurak has noted, people are supposed to look after those less privileged. However, some abuse their position to coerce or control their “inferiors”, including sexually. And, according to Jomtien Jansomrag, an advocate for sexual abuse survivors, the deference to seniors within this hierarchy facilitates this.

All cultures change constantly. Some values that many Thais now consider traditional were once novel. Until relatively recently the Culture Ministry promoted Thai culture with paintings of topless women — ironic given the teacher’s reaction to her students.

Some are trying to hasten the process. In 2019, social activist and one-time politician, Thanathorn Juangroongruangkit, proposed ending the use of age-based pronouns that reinforce hierarchical control. Over the past few years, youthful protesters seeking the government’s resignation expanded their demands to include reforming the hierarchical construct, with unprecedented calls for royal reforms. Some framed it as a demand for “equality”.

It is in the interests of Thailand’s social conservatives to work with progressive Thais to expeditiously develop new cultural norms and effective legal sanctions to address sexual abuse. Inaction will only highlight to the majority of Thais that current arrangements work against their interests. Delay will give greater impetus to younger Thais — who are less willing to tolerate abuses — to change it, with little input from the conservatives. And demographics and time are on the side of the youth.

Change is inevitable. The question is, will those who benefit most from Thailand’s social hierarchy act quickly enough to influence it? 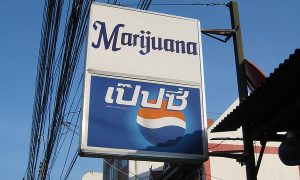 On 9 June 2022, people lined up to make their first legal purchases of cannabis. 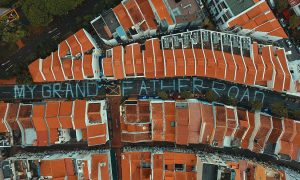 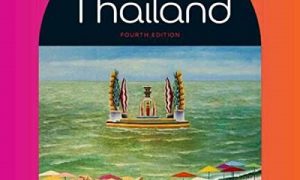 New Books on Southeast Asia: Chris Baker on “A History of Thailand”

This new edition contains a new chapter on Thailand's turbulent politics since 2006 and incorporates new sources and research throughout.