Department of Information, Republic of Indonesia

Frank Palmos was 21 years old when he began his foreign correspondent career in the relatively new Republic of Indonesia in March 1961, just 11 years after sovereignty. To reach the skill and experience level to succeed in his plan to open the first foreign newspaper bureau in Jakarta, Frank immersed himself in Indonesian society for two years, at universities, towns and villages, and accepting assignments as a translator. Here is part two of the story of his first days and his first assignment, as translator for a Colombo Plan team in 1961, the first of his 53 years in the region as correspondent and now historian.

In 1961 one of my favorite expressions was teka-teki, meaning a puzzle, the perfect description of my first impressions in this wonderful country. I first heard the expression from the young Bank Negara clerk at Kemayoran Airport at midnight, when my Qantas flight arrived. Nurwenda, a native of Kuningan village near Ceribon and the Bank Negara sole clerk on duty, said it was a puzzle that Education officials had agreed to meet the flight, given that it was the wet season and “government officials do not like to get their heads wet”. They didn’t come.

‘Nur’ invited me to go home with him as his guest to Kampung Bali in Tanah Abang, by becak, which we climbed into as heavy rain began. The driver, Amin, pulled a transparent plastic cover over us, and he started the hour-long slow ride through the dark night, in heavy rain. Each time I looked back at him peddling hard, he broke into a big smile. The fare was 10 cents in foreign currency, but I was so moved by his effort and his happy disposition I overpaid. 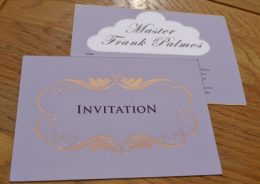 Foreign correspondent and historian Frank Palmos reflects on his first translating job in Java in 1961.

What sort of country was this that a man my father’s age smiles as the rain pours over him, pushing two healthy young men and a suitcase for six kilometers, and promises to return next morning? Where would Amin sleep (curled up in his becak), why was he happy (he was never unhappy) and why was he so proud of his president and his country, when life was obviously a series of hardships? This was a real teka-teki for a new arrival from Australia where hardships were rare. Yet still many lucky Australians thought they deserved more.

My two years as a student in J A C Mackie’s inaugural Indonesian Studies (1959-1960) in Melbourne, while also working full time as a journalist, had given me a base of Bahasa. We used a language book written by an Englishwoman in Malaya, and history books translated from Dutch. After just six weeks living in Kampung Bali, then in a Kebayoran asrama with students my own age, attending the Tanah Abang Mosque, riding public transport, eating satay nightly at Jalan Blora, I spoke enough Indonesian to travel independently, and as I soon discovered, more than any foreign diplomat in Jakarta. I had the most extraordinary, early luck. The Foreign Office was holding exams for Jakarta’s few foreign students chasing the prestigious UN-supervised Yayasan Siswa Fellowship awards, funded by the UN and the local lottery. The exams were overseen by Molly Bondan, an Australian born translator married to Bondan, a senior civil servant, with future foreign minister Alex Alatas from the Foreign Office, and Anwar Cokroaminoto, the famous son of President Sukarno’s first tutor in Surabaya. In Dutch times the leafy suburb of Menteng’s main street in the capital Batavia (renamed Djakarta in 1942 when the Japanese occupied the Dutch East Indies) was Jalan Jawa. The street signs now read “Jalan H. O. S. Cokroaminoto”, along with other politically inspired changes, and Dutch monuments were being dragged down all around town in my first year, 1961. But locals still called it Jalan Jawa. As for renaming a main boulevard “Jalan Patrice Lumumba,” that was another teka teki for the locals, who didn’t like the sound of it and used the old name. Several Lumumba street signs were used for firewood, or as duckboards in nearby flooded areas.

In topping the exam I was given a room in an asrama, a Fellowship allowance and access to Indonesian universities. The windfall stipend for me was $30 a month, which lost 50% in value each month through inflation. By August, it was worth US$1 a month in Rupiah, but I somehow managed to adjust as the Rupiah lost value.

Senayan Stadium under construction in 1962, with support from the USSR (Photo: Department of Information, Republic of Indonesia)

I shared the asrama with Murat, a WW2 Yugoslav veteran and a young Australian anthropologist, the late Sydney University Professor Douglas Miles, who was based in Sampit, Kalimantan. Murat, now 35, had been a young Tito partisan.

We got along well, but he had no English, and a severe learning difficulty his with Bahasa, so I bought a primary school reader for six year olds, Mari Membaca (Let’s Read) for him which he put to strange use. Yugoslavia was in favor at the time, so Murat was not required to pass the language exam and he traded on this special status, which gave him misplaced confidence in his Indonesian.

From Mari Membaca Book 2 he memorized phases like “Mother chased the mouse (tikus) from the kitchen,” and, “Grandmother uses a sapu lidi (broom)” and “Ducks say bebek-bebek” and these phases found their jumbled way into his daily speech. He also thought karena (because) was a greeting so he would shout to our neighbors every morning, karena! karena!

Murat also told them his mother chased a mouse from the kitchen, and that ducks said bebek-bebek. The neighbors politely agreed ducks did say that so assumed Murat was somehow referring to the ducks in the now-drained lake at the northern end of our Dharmawangsa VIII Street. They were also unsure why Murat was telling them about brooms and mice, and shouting “because, because” so they gave our maid Siti some poison to kill mice, which really confused the poor lady, for she kept a spotless kitchen.

Although a truly friendly man, shouting “karena! karena!” to the neighbors worried them some. I tried correcting him, but he became angry and said in English: “You get no more karenas from me!” The neighbors, with typical Indonesian virtues of patience and kindness, smiled back at his karenas and assumed him to be yet a harmless, impaired foreign friend of the Republic. 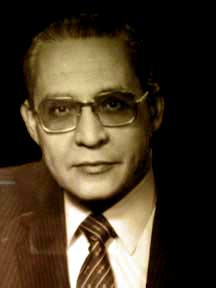 Alex (later Ali) Alatas, one of Indonesia’s most esteemed diplomats and a tutor to Frank Palmos. (Photo: RI Mission to the UN)

At the Foreign Office in Pejambon Street, where I had to report, a young Alex Alatas was assigned to be my first tutor and he became as a stern older brother to me, whereas Ruslan Abdulgani, a minister in most Sukarno cabinets, was more of a father figure, inviting me to all his Indoktrinasi speeches. I rode a bicycle to the Foreign Office and at outside the office until one of them called me. No such relaxed manner of paying official visits exists today!

Outside government circles, the famous journalist Rosihan Anwar, then under house arrest in his Pavilion in Teuku Umar, gave me sage insider advice and we continued a professional friendship that lasted 50 years until his death in 2013. Sukarno, stating on his “Guided Democracy” Autocratic years had confiscated his Pedomannewspaper for continued exposes of government corruption and nepotism. But Rosihan continued to secretly record events in a diary, and his “Little Histories”written under detention, are today among the finest books documenting Republican history.

But it was the President, whose speeches mesmerized me, who had the most powerful influence on my Bahasa. He was magical. I copied his style and speech rhythms, a skill that perhaps saved my life four years later when confronted by armed soldiers in Teuku Umar on the morning of 30 September 1965.

Sukarno was regionally famous when I arrived in 1961, and world famous by 1964, making international headlines, when I was given short spells as his honorary simultaneous interpreter to the diplomatic and foreign press corps, often at the Russian-built Senayan Stadium.

These four key figures had varied but deep influences upon me that lasted decades. In later years when Alex Alatas became well known as Foreign Minister, I asked him why he had changed his name to Ali, though it was rather obvious as the state drifted toward conservative Islam. His name was derived from Alexander the Great, which in Arabic and Malay is rendered as Iskandar, a name with good rhythm. “Ali is lot simpler” he replied. Another teka-teki. 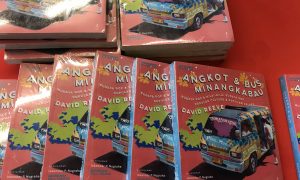