Thai royal and the Magic Castle 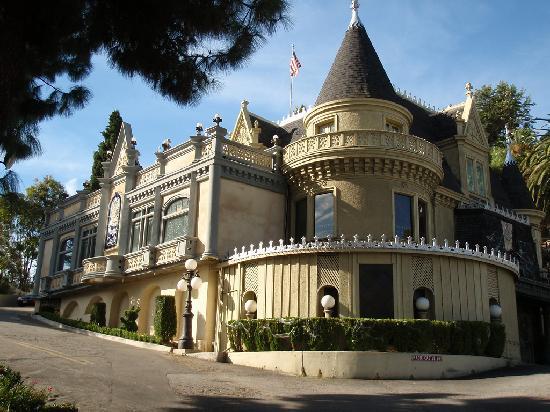 On one level, this matter illustrates yet again that, King Chulalongkorn’s decision to join the Western system of notionally equal sovereign states notwithstanding, many in Thailand continue to believe that the Mahidons are universal monarchs, above criticism in all jurisdictions, and that the Thai state is willing to violate foreign law to “protect” them.

But there is something far more interesting about this episode. It is the widely noted (see, one example here) role of Mom Luang Anuporn “Joe” Kasemsan in joining Thai authorities in interrogating Anthony Chai in Los Angeles in November 2006 and in warning him in August 2009 that he would be charged with lèse majesté if he returned to Thailand (see pages 14 and 17 of the complaint).

Who is Anuporn “Joe” Kasemsan, and why does this matter?

A 1980 graduate of the New Jersey prep school Lawrenceville and a 1984 graduate of the Jesuit Georgetown University in Washington, Anuporn is descended from members of the Chakri dynasty through both sides of his family. He has a Facebook page. He numbers among the American embassy’s typically hi-so contacts, though the State Department’s bureaucrats in Bangkok noted with some concern in a November 2009 cable that he had in recent years “started freelancing more in political intrigues.”

Anuporn is also a member of the boards of the Borneo Tropical Rainforest Association and of Thonburi’s Hilton Millennium Hotel and a former member of the board of the TOT. He served on that latter board when it was chaired by Gen Saprang Kalayanamit. Anuporn earned an MBA at Sasin and studied at the Thai Army War College and at the King Prachadhipok Institute (see page 54 here). As far as his day job is concerned, well, Anuporn has been variously identified as being a secretary to a member of the Privy Council, a member of the staff of the Office of His Majesty’s Principal Private Secretary, and an official of the palace’s Royal Projects office.

Foreigners who have met this exemplar of the early twenty-first-century Thai royal liberalism describe him as personable, low-key, kind, and extremely well mannered . . . not the sort of man whom one would expect to find sitting in a room in Hollywood’s Magic Castle Hotel with a Thai police colonel and public prosecutor verbally giving the third degree to the decidedly lo-so Thai-American owner of a computer repair shop in Long Beach.

Of course, far more surreal things have happened in Thai–or, for that matter, Australian–politics. But trying to make sense of this one demands considering two possibilities.

The first possibility is that, as Anthony Chai’s legal complaint alleges, M. L. Anuporn Kasemsan did in fact meet with him as a representative of the palace. If this is true, then the oft-repeated claim that the Thai monarchy does not and indeed cannot participate in efforts to prosecute people for lèse majesté is now exposed as utter nonsense.

The second possible explanation for Anuporn’s Magic Castle encounter with Anthony Chai is that, when the American embassy cabled in November 2009 that the Office of His Majesty’s Principal Private Secretary “does not have clear lines of authority,” it was indulging in such grotesque understatement as to deceive its masters in Washington. If, in other words, royal retainer Anuporn’s participation in the questioning of Anthony Chai in a California hotel room is an example of his unauthorized “freelancing,” then the palace has fallen into a state of dysfunctionality that calls into question its capacity to stagger through the end of this reign and into another.

Two possibilities. It must be one or the other.

[Photo of Magic Castle Hotel is courtesy of TripAdvisor]