Lately I’ve been working on trying to place my detailed ethnographic observations of a village in northern Thailand into a broader national and regional context. I’ve been looking at data from both IRRI and FAO on agricultural productivity. Here are some results from my number crunching this morning. The first graph using data from IRRI (click for a larger image) shows rice yields (tonnes per hectare) for Thailand, Japan, China and Korea along with the Asian average. The second graph using data from FAOSTAT shows garlic yields (kilograms per hectare). I have chosen garlic as it has been the most important cash crop in the northern Thai village where I have been working. 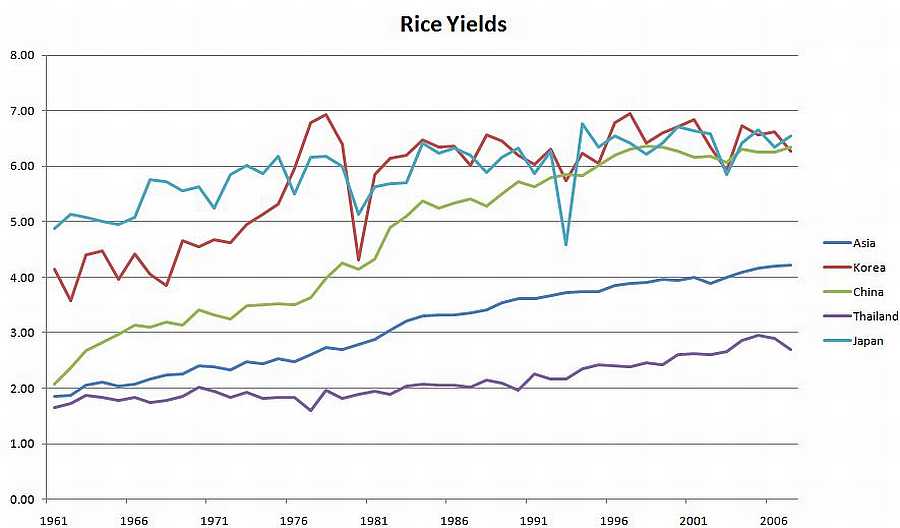 It’s not a pretty picture for Thailand. There have been modest increases in rice yields but, according to IRRI, Thailand’s yields are among the lowest in the world. This may come as something of a surprise given that Thailand is the largest exporter of milled rice in the world.

If we want to understand some of the political tensions that have become increasingly evident within Thailand over the past few years, the failure of successive Thai governments to deliver higher agricultural productivity may be one useful place to start.