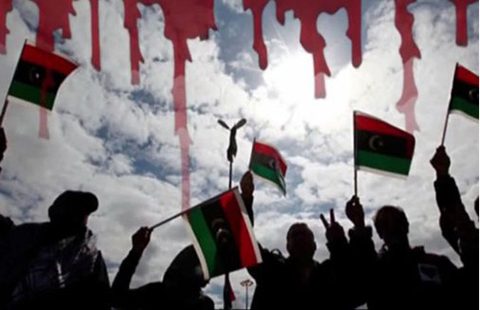 The Arab Spring and the vote

No Oscars for the Tatmadaw as Facebook video flops.

Myanmar’s President Thein SeinтАЛ has posted a disturbing video to Facebook that appears to show how the military-backed Union Solidarity and Development Party has avoided Arab Spring style bloodshed in the nation’s ongoing political transformation.

The bizarre four-minute video, tightly edited with a heavy metal soundtrack, juxtaposes scenes of recent violence in the Middle East with shots of seeming tranquillity and development in Myanmar such as infrastructure, parliament and technological forums.

Framed against graphics of dripping blood, the video portrays death, displacement and even graphic images of three-year-old Syrian refugee Aylan Kurdi, whose death in September spurred countless headlines overnight and is ironically similar to the plight of many Rohingya refugees.

Followed by glorifying clips of the Myanmar army, the video ends with the message “Only when peace prevails will democratisation be implemented,” implying that the USDP has been the guarantor of Myanmar’s democratic progress so far.

Commenting on the meaning behind the video, the Director of the President’s Office Zaw Htay stated, “Unlike countries that suffered blood streams, explosions, violent protests, Myanmar has remained stable. Compared to those countries, we all know that our country developed step by step.”

The hypocrisy of the video was lost on few, garnering widespread criticism. Despite the sanitation of Myanmar’s democratic development in the video, Sunday’s elections remain the hard-won victory of many dissenting voices crushed under military rule.

Political freedom does not flow abundant in Myanmar- a pervasively corrupt legal system coupled with oppressive authorities have silenced many who fought to allow its citizens to be heard this Sunday. The abuses which have occurred, and are still occurring, are not forgotten.