The network origin of the Thai youth revolution

­In cooperation with the convenor, Nhu Truong, New Mandala is pleased to share a series of articles based on papers presented at the People’s Power and Resistance in Southeast Asia Roundtable at the 35th Biennial Conference of the Canadian Council for Southeast Asian Studies. You can read all of the articles here.

According to Mob Data, at least 2,277 protests have occurred in Thailand since February 22, 2020, at least 779 protests occurred between February and December of 2020, and at least 1,468 protests occurred between January 1 and December 15, 2021. Thailand has been undergoing a transformative period that has challenged the established order. At the societal level, criticism against the monarchy has been endemic. Secondary school students, particularly female and LGBTIQA+ students, have taken the lead in national protests.

This youth revolution is based on the formation of the youth networks in various regions of Thailand through mobilisation brokers.

Since February 2020, there have been two distinct types of protests. The first is connective action. In this model, individuals came forward on their own initiative without clear leaders. They were connected through social media and orchestrated their creative mobilisation independently of leadership demands. Numerous organic protests across Bangkok and other provinces, particularly during the peak of mobilisation between July and October 2020, and the Thalugas movement‘s mobilisation at the Din Daeng intersection from August to October 2021, exemplified this form. Provoked by profound injustice in the context of the COVID-19 contagion, Thalugas protests grew organically without demands from leaders, expressing their outrage at the authoritarian government and clashed with police repression.

However, not all protests were connective actions. Numerous prominent protests organised by youth groups across the country, including those on July 18, August 10, September 19 and October 15 in Bangkok, were brokered by youth political entrepreneurs who knew one another through post-coup activist networks. These brokers significantly increase the density of local and regional youth networks by creating multiple paths linking numerous groups of young mobilisers and catalysing network political actions. My objective is to investigate how these youth networks came to be formed.

From the Campus to the Streets

When the 2014 coup occurred, it abruptly altered the worldviews of political actors, both coup makers and challengers. The coup period was an unsettled time, a period of political fluidity during which young political entrepreneurs made a decision to take action in response to an exogenous shock. At least two phenomena occurred among young activists in the aftermath of the 2014 coup.

First, their political guts told them that they must mobilise, although they had never experienced how a coup could affect their lives.

Chonthicha Jangrew, a history student and one of the revolution’s youth leaders, was acutely aware immediately following the 2014 coup that something had gone wrong. Despite the confusion caused by the political shock, she had a strong sense that she must act to resist this authoritarian turn.

As she reflected during our interview, “There was no one around when the coup occurred. We were at a loss for what to do. We didn’t have any prior experience. What exactly is a coup? Isn’t it terrifying? We had no idea what was going on. All we know was that we must mobilise. There was no generational experience transfer. I used to tell my friends openly that our generation was screwed.”

Second, prominent student groups that mostly mobilised within university fences before the 2014 coup chose to mobilise on the streets outside universities following the coup. For the first time ever, groups that had previously mobilised around their local issues shifted their focus to national political actions against authoritarianism.

The revolution, which began with a protest by the Student Union of Thailand on February 22, 2020, did not occur overnight. It requires at least a decade for “fertiliser and soil” to be prepared, as Kittichai Ngamchaipisit, a veteran activist, put it. The backbone of the youth movements was the central and Isaan youth networks. They went on to support and found local and regional youth organisations, progressive parties, and social movements, most notably in the Isaan region. 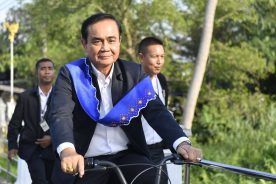 Youth activists established network ties across Thailand through a space creation mechanism. In this case, it results from progressive activists’ efforts to create spaces for young activists to network, learn, brainstorm, and organise mobilisation. The spaces can be spatial sites such as meetings, workshops, or campsites, or digital sites such as chatrooms or online training. At least since the 2006 coup, small groups of progressive activists, particularly those affiliated with Friend of Activist Network (FAN), created temporary spatial camp spaces across the country to empower and build local and regional youth networks that went back to mobilise on rights-based issues in their home provinces and region. These youths became mentors and supporters in the background of the youth revolution, such as by performing logistical tasks during the protests.

Since the 2014 coup, young activist brokers have set up underground spaces across Thailand. In Bangkok, after witnessing collapses of student umbrella organisations, Chonthicha Jangrew of Srinakharinwirot University and Rangsiman Rome of Thammasat University adopted a networked model of social movement where organisational hierarchy was not required. They established the “Cobra-Gold Movement”, which held a series of activist camps across Thailand to strengthen ties between segregated political student groups. They created camp spaces to introduce groups to one another, discuss local political issues and contexts, and facilitate mutual support among different regional groups to mobilise on cross-cutting issues. The first activity stemming from Cobra Gold was the 2015 coup anniversary protests in Bangkok and Khon Kaen, the same day people recognised the existence of the post-coup student movements.

In 2016, Chonticha and Rangsiman founded Democratic Restoration Group (DRG) with the goal of establishing a political school for young activists. They created a one-to-three-day training curriculum and invited young activist groups from across Thailand to the camps where they learned and shared mobilisational and ideational repertoires of resistance. This explains why the youth movements share a similar repertoire of mobilisation strategies, such as non-violence, human rights-based campaigning, and egalitarian perspectives. They used digital channels and apps, such as Telegram, Facebook groups, and Signal to sustain social and mobilisational ties within their networks.

DRG’s first camp was held in a university building, and the room number of their first meeting became the initial youth movement’s code name. Many youth leaders of the revolution joined it. Penguin or Parit Chiwarak, for example, joined the DRG spaces in order to rapidly recruit members from all regions, as he established the Student Union of Thailand. FAN activists aided DRG in designing the initial model of the camps. Each time, the camps were hosted by a different regional student group, ensuring that each group felt ownership through direct participation in movement-building processes. Through these camps, political entrepreneurs such as Chonthicha, Rangsiman and other FAN activists not only pooled vast and diverse national connections that later became network resources for the youth revolution, but young activists who joined the camps also used the spatially and digitally brokered spaces to form not only new network ties but also new organisations or secretariats as a base for mobilisation in the revolution.

The evidence demonstrates the fundamental importance of spatial sites for social movement building and revolution under authoritarianism. 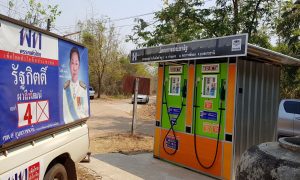 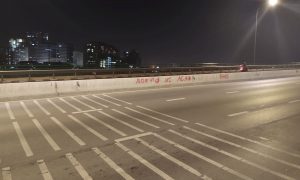