A garment factory in Indonesia, by ILO Asia Pacific on Flickr (CC BY-NC-ND 2.0)

The other side of Indonesian women workers

Indonesia has areas devoted to production purposes, one of which is in Semarang Regency, Central Java. This special zone consists of a glut of mostly garment factories. The majority of workers in this production are women, because this work is considered to require the rigor that is identified with women. Engels’ “The Condition of the Working Class in England” is still relevant in reflecting the conditions of this labor, by extension drawing attention to the well-being of women workers as important figures in the process of capital production.

Amid the rush of women leaving work one evening, I encountered two women waiting for public transport. Atun (34), is a vocational high school graduate who has been a garment worker for the past three years. She has three children, two from her first marriage, and one from her second marriage. The eldest is in the 6th grade of elementary school, the second child is three years old, and the youngest is one. Her husband now works as a hotel employee and sometimes moonlights as an electronic device technician and driver. During her work, Atun entrusts her children to her mother.

Atun has to work an eight hour shift each day because of their urgent economic conditions. She finds the work environment very sensitive. Even getting caught a little off guard can bring problems because colleagues are always looking for mistakes. There, fellow workers are perceived as rivals, not as a group of equals.

After work, there is no rest; there is housework to be done. Even then, it doesn’t end there. In order to supplement her income, she took sells food to her colleagues in the factory. So, after all the housework is done, she cooks meals for sale the next day. Usually, she takes orders for food and drinks in between breaks, so that she doesn’t have to hawk her wares like other vendors. On top of this, she takes a primary role in caring for her son at night, giving up her sleeping hours when he is restless.

Meanwhile, Choli (22) has had a slightly different experience. She works in a factory not far from Atun’s factory. She has an undergraduate degree and is classified as a new worker because she has only been there a few months. In position, she is not much different from Atun. But she is not married and is trying a build working career. Like Atun, she also perceives a sensitive work environment. There are no friends at work.

Often Choli has to work beyond the allotted time. In the applicable regulations, she should only work eight hours a day. In fact, she often works nine to ten hours and does not count overtime. She often cries with tiredness. The factory requires staff to arrive 15 minutes before business hours with penalties for arriving late and no paid overtime. This is her factory’s way of extending the service life of a day.

Sometimes, her break time is inconsistent. All is adapted to the production process. Often the break-times are reduced and the day extended, making working hours much longer. 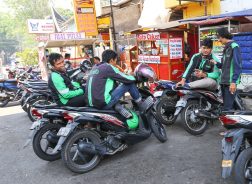 Neither Atun nor Choli can do anything other than be grateful. This is better than not working at all, especially in a culture that is thick with patriarchal practices, being able to work is something to be grateful for. This is what makes them accept every burdensome aspect of their work. Furthermore, it also leaves them powerless when they are admonished by their superiors for trivial reasons.

The absence of associations among workers exacerbates the problem. Instead of being able to unite on the basis of a shared burden, they are suspicious of and competitive with each other. According to Choli and Atun, workers prefer to curry favor with superiors, even if it means knocking down fellow workers. Labor unions are never a point of discussion.

Their only relief is to be able go home after work and immediately be free from that torturous job. But ironically, the house that should offer them rest actually increases their workload, as Atun experiences. There is no real freedom for a woman like herself, and her situation makes the factory and its organs of power stronger. Increased factory profits is the priority, and workers’ rights to rest, set hours and clear tasks are not protected.

The conditions of the workers are not at all a priority for these businesses. The conditions of women workers should be a serious concern for the government and human rights activists. Herstory has shown them vulnerable to being used and abused for the benefit of production. 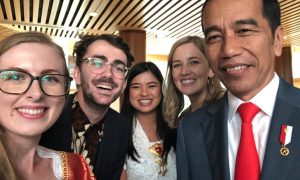 Four stories of success from ANU alumni who have been engaged in strengthening the Australia-Indonesia relationship. 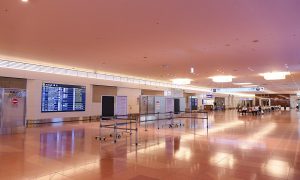 No way home and no way in! COVID-19 and Indonesian workers in Japan

Irresponsible sending agencies in Indonesia and stakeholders in Japan have found ways to manipulate and take advantage of a precarious cohort of migrant workers. 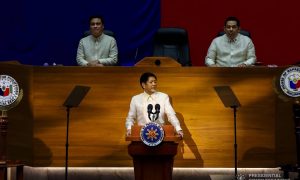 ...problems like historical distortion and human rights violations appear to be non-issues for the Marcos administration.