The COVID-19 crisis is exacerbating gender inequality in global supply chains. Because COVID-19 has hit low-paid manufacturing sectors where women work in large proportions, these consequences are not gender-neutral. The ILO reports, for example, that 2 out of 5 workers in the Asia-Pacific garment industry have not returned to work after factory closures. Women in the garment sector represent a majority of workers in the industry and contribute to 5.2% of the region’s total women’s labour force.

Yet amid the pandemic, the invisible labour performed by many women in Asia has not merely doubled but tripled. Not only are many women workers primary caregivers at home, some are also active unionists facing an uphill battle to protect the rights of the region’s most vulnerable workers.

The disrupted global supply chain, where demand from global buyers has dropped, sets suppliers up in a position of weak bargaining power. Demand for garment production has dropped by some 70%, with the availability of input supplies also down. The cancellation of buyers’ orders and lockdowns have necessitated temporary and indefinite factory closures. Actions taken by industrial companies have mostly transferred the risk to women workers. Approximately 60% of garment suppliers in Asian countries have dismissed some workers, while half have terminated more than 10% of their labour force.

For those still in work, many women workers in Asia from manufacturing sectors are suffering both reduced and delayed pay. According to Willis Towers Watson, 34% of 3,800 companies across 22 Asia-Pacific countries have adjusted their wages. In Bangladesh, some 32 per cent of workers in 80 factories have experienced late payments.

Unions are a crucial channel for workers to exercise their bargaining power through dialogue with companies and governments. Rights to organise and collective bargaining are ways for unions to propose, design and evaluate social protection schemes to improve the livelihoods of workers. Unions are also pillars of democracy that support political organising and the mobilisation of collective power.

But for women union leaders, the triple burden of work in the house, workplace and union is a delicate balancing act. With children expected to do online schooling from home during the pandemic, many working mothers are now carrying larger burdens outside of work hours, with gender expectations placing the lion’s share of domestic work on their shoulders.

The Inter-Factory Workers’ Federation (FBLP but currently in the process of changing its name to the Federation of United Indonesian Workers Unions/FSBPI) is one case study of women workers building collective power as a way to protect their rights. Active since 2009, the union federation emerged from disappointment and anger at company-dominated  “yellow unions” that did not represent worker interests. Many FBLP members recounted resenting seeing male leaders of yellow unions flaunt their wealth while workers were deficiently paid.

In a culmination of anger and frustration, in 2010, the union successfully organised a large strike in Kawasan Berikat Nusantara (KBN Cakung), the most significant Export Processing Zone in greater Jakarta, for an increase to the minimum wage from 1.1 million rupiahs (US$79) per month to 1.4 million rupiahs (US$99) per month. As a women workers’ union with some 1,000 members, FBLP has gained a reputation for fighting for rights from living wages, fair working hours, to paid days off.

Jumisih, as well as being a “full-time” unionist and leader, is also a wife and mother of a 13-year-old son. She has been the primary breadwinner in her family since her husband lost his job last year, though most of her time is spent with the union. Before the pandemic, Jumisih often slept at the union’s headquarters. After March 2020 though, she rarely went into the office until the Indonesian government and the Jakarta municipality announced the lifting of the lockdown.

During the lockdown, Jumisih struggled to manage roles in three equally demanding worlds, while fretting over fears her family would be exposed to the virus. “I’m so exhausted helping my son attend online classes that I have to manage my time precisely. I also organise workers on the weekends.” Her union works hard to gather collective funds as alternative safety nets, distributing food and cash to women workers to support workers without access to formal social protection.

Now corporations are using COVID-19 as a pretext to dismantle and crackdown on unions. Rahma is a leader of a factory-level union under FBLP as well as a worker at PT Amos Indah Indonesia, a garment factory located in KBN Cakung. She recounts that management refused to meet the union when it ordered approximately 800 workers to have unpaid time off for two weeks, which both Jumisih and Rahma argue are violations of labour law. Management then asked them to continue working with wage cuts afterwards. The transition to online communications during factory closures have made it easier for management to deny requests for meetings, or not to respond at all, Rahma says. Frustrated by being ignored, she, together with Jumisih and other FBLP leaders, mobilised workers to strike on several occasions.

Under lockdown, women unionists have had to adapt their modes of organisation, maximising virtual spaces to allow workers to gather. Just a month after the pandemic, together with the organisation Perempuan Mahardhika, FBLP leaders have organised weekly discussions called Ngobras (Ngobrol Santai Bareng Buruh – an informal discussion with workers) every weekend when workers have days off. Discussions span many topics, such as a living wage, maternity rights, rights to housing, decent work and sexual harassment. During discussions, cameras reveal how many members spend their weekends; many listen while doing their domestic chores or taking care of children.

Still, leaders continue to view “offline” strikes as the central strategy for sustaining solidarity among workers. The labour movement is currently focussed on the recently passed Omnibus Law (Law on Job Creation) whose informalisation of work makes workers more vulnerable to poverty wages and poor working conditions. Before the Omnibus Law’s passage, unions protested at both the Ministry of Labour and the Indonesian parliament. Strikes against the Omnibus Law were exhausting for unions because they took place over multiple weeks and saw outbreaks of violence, with some unionists eventually arrested. “I always hide my family’s identity because I don’t want them to be impacted by my activism,” Jumisih said.

For women unionists, the delicate balancing of labour across the home, workplace and union is no small burden. They face not only the existential threat of a pandemic in their family and community lives, but maintain a presence for women workers struggling in industrial relations. Despite the heavier burdens they carry during the crisis, militancy remains at the heart of their struggle. 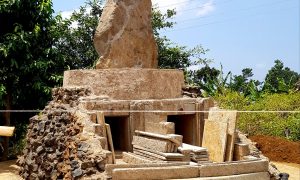 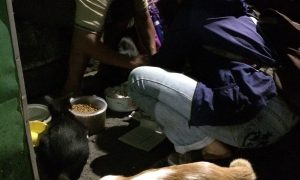 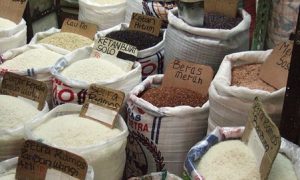