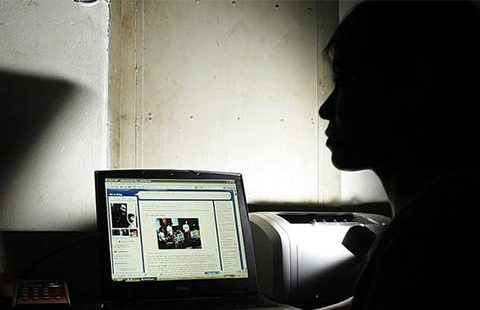 Clampdowns on dissent by the country’s rulers are more targeted and smarter.

On 19 July, Vietnam released one of its most prominent dissidents, former policewoman turned legal blogger, Tс║б Phong Tс║зn, exiling her to the United States.

This was clearly a concession ahead of President Obama’s November 2015 visit to Hanoi, and one that highlights Vietnam’s growing human rights predicament.

Vietnam Communist Party (VCP) General Secretary Nguyс╗Еn Ph├║ Trс╗Нng’s unprecedented visits to Washington DC and Tokyo are a clear indication that Hanoi sees both its economic development and security tied to the West.

Naive hope of bandwagoning with its fraternal socialist neighbor, China, in an attempt to sate its appetite for domination over the South China Sea, has been laid to rest by the Party. It has committed itself to an omnidirectional foreign policy.

But with greater international integration will come further scrutiny of Vietnam’s human rights.

Tightly controlled
The VCP brooks no dissent or challenges to its monopoly of power. Vietnam has one of the most controlled media environments in the world, and is one of the world’s leading jailers of journalists and bloggers.

The government has shut down entire newspapers, such as The Elderly, for their aggressive reporting on government corruption, sacked and arrested editors, leading to pervasive self- censorship. Most recently a well-respected journalist was sacked from the country’s most progressive daily, Thanh Nien, for his satirical comments on Ho Chi Minh.

Vietnam’s rulers have also tried to control the Internet, though they have failed to keep pace with the spread of 3G and 4G technology and the ubiquity of social media. Civil society remains weak and broadly curtailed. The government continues to rely on vaguely worded national security laws, such as Articles 88 and 258 of the penal codes, which trump constitutionally enshrined rights.

And yet, Vietnam is fundamentally a different place than it was even five years ago, with profound changes in access to information, economic freedoms, the development of civil society, the right to practice one’s faith, and recent reforms to end the once prevalent practice of police torture and coerced confessions.

And this is frustrating, as so much of the criticism from the West, in particular by politicians and overseas Vietnamese groups, remains unchanged since the 1990s.

While he recognised that human rights remained an irritant in the US-Vietnam relationship, he was clear that it “should not be allowed to hinder the growing momentum of bilateral ties as well as to affect trust building between the two countries.”

With the party now behind improved ties with the West, the government has had to find ways to curb dissent while minimising adverse diplomatic reactions. Security forces are operating with uncharacteristic restraint. The peaceful resolution of an unprecedented labor strike in March and April 2015 is indicative of international pressure on Hanoi as negotiations for the TPP entered their final stages. Likewise, Vietnam has only arrested two dissidents in 2015, a sharp drop from 2014. Security forces have become more targeted and shrewder.

But ahead of the 12th Party Congress in early 2016, dissent is even less tolerated.

Despite the amnesty of 18,298 in celebration of the 70th anniversary of the declaration of Vietnam’s independence, not one person convicted of a national security violation, that is political dissidents, was pardoned. Clearly there are still limits to the concessions that the government will make, though it also suggests that all personnel selections are still not finalised ahead of the party congress.

Attacks on lawyers, activists and bloggers
As arrests and trials of bloggers and activists such as Tс║б Phong Tс║зn and Phс║бm Thanh Nghi├кn attract adverse media and diplomatic attention, the government is doing five things to silence critics and deter others.

First, they are targeting lawyers who represent political prisoners. While China’s recent arrest of over 100 lawyers has been in the news, Vietnam has been doing this for several years. The government’s willingness to arrest L├к C├┤ng ─Рс╗Лnh, their most famous lawyer who won a major trade case against the United States at the WTO, is telling.

─Рс╗Лnh was imprisoned from 2009 to 2013, for nothing more than defending other dissidents. Though now free, he is disbarred, a stark reminder to other lawyers considering human rights cases.

Other lawyers such as Dr C├╣ Huy H├а V┼й, Nguyс╗Еn Văn ─Р├аi and V├╡ An ─Р├┤n have been either arrested, detained, or disbarred for their human rights work, resulting in a lack of adequate legal representation for others.

The second tactic is the use of other criminal charges to deflect criticism that those sentenced are political prisoners. Recently released lawyer L├к Quс╗Сc Qu├вn, as well as Nguyс╗Еn Văn Hс║гi, who in 2008 was re-sentenced to prison for violating Article 88 of the Criminal Code, were both charged for tax evasion.

Likewise, the government is starting to use libel laws to silence critics. In July 2012, a court sentenced three activists for defaming the VCP. Once the laws are in place, the government could replicate Singapore’s and Malaysia’s use of defamation lawsuits to bankrupt political opponents. Third, as trials garner international attention, physical attacks by the secret police have become more commonplace than formal charges. In November 2014, a freelance journalist was nearly beaten to death outside of Ho Chi Minh City. In December 2014, a female democracy activist and blogger, Nguyс╗Еn Ho├аng Vi, was beaten by suspected female officers.

And it’s not just independent bloggers: in September 2014, four state-owned media journalists were assaulted in the course of an investigation in Quс║гng Ng├гi province. Human Rights Watch reports that in 2014, 14 journalists were beaten.

Then there are the attacks on activists. Although the Hanoi city government gave in to a public campaign by online petition groups, such as “For a Green Hanoi” and “6,700 people for 6,700 trees” to not fell 6,700 trees, and even sacked government officials, several protest organisers were severely beaten. Most recently, Nguyс╗Еn Ngс╗Нc Nh╞░ Quс╗│nh, who writes under the name “Mс║╣ Nс║еm,” was severely beaten while temporarily detained – though not charged – in July 2015.

Two activists have been detained at the airport in the past pear on their return from overseas: Doan Trang, a citizen journalist behind the Vietnam Right Now human rights news portal and Dr Nguyen Quang A. Though neither was charged, the lengthy detention and interrogation was meant to intimidate.

The fourth tactic is to concentrate the government’s online monitoring to key nodes. Hanoi’s army of online censors can barely keep pace with the nation’s 30 million Facebook accounts, as well as blogs and other social media, increasingly mirrored on overseas servers. Thus authorities use their own algorithms to find the nodes. These are based on what groups people join, or what postings are the most shared, “liked”, or commented on.

Finally, the government has focused its coercive powers on websites that are trying to make the critical jump from individual blogs to multi-authored and edited news portals, a critical transition for the development of an independent media.

Shutting down platforms of dissent
Vietnam has plenty of courageous bloggers, but it is the organising, not necessarily the reporting, that has gotten individuals into the most legal trouble. Nguyс╗Еn Ngс╗Нc Nh╞░ Quс╗│nh has expressed more concern that her Network of Vietnamese Bloggers activities are more threatening to the state than her actual writing.

She’s right. The state is obsessed about the growth of organised independent media.

The sentences of the three who were trying to organise independent civil society, the founders of the Free Journalist Club, was 13.5 years. Dissent is a crime, organised dissent, a greater crime. Blogger, Nguyen Van Hai, known online as Dieu Cay, was recently freed and sent to the US. Photo: Robyn Beck/AFP.

In that context, the decision in May 2015 by 20 writers to quit the official Viс╗Зt Nam Writer’s Association and establish their own independent organisation, the League of Independent Vietnamese Writers is immensely brave. The development of a robust and independent civil society is the regime’s greatest threat.

There are hopes that there will be tangible improvements. Despite all of its efforts, the government simply cannot keep pace and monitor all of social media. Vietnam’s Internet penetration is 44 per cent – well above other countries in the region that are wealthier and more economically developed. In the cities, it is far higher.

Room for reform?
Though the personnel selection for the 12th Party Congress is still not set, currently it does look good for advocates of further reform and integration with the West. It’s hard to see ideological conservatives emerging as the dominant force. As such, there will be the gradual evolution of the rule of law.

In addition, leaders constantly speak of corruption as being an “existential threat” to the Party’s monopoly of power. And yet, their attempts to curb corruption by going after a few high profile actors, has failed to deter corruption in an economy that is still largely stuck between the plan and the market.

Moreover, journalists rightly complain that when they are allowed to investigate these high profile figures, who are undoubtedly tied to a senior official, that they are being used to take down political rivals, not serve as true ombudsmen.

While a free press is not a panacea for corruption, as the Philippines so aptly shows, it is a requisite. If the party is to maintain its legitimacy, it has to free up the press, which is increasingly irrelevant faced with competition from the growing number of independent blogs and new sites.

Finally, there are modest calls for reform from the highest levels. For example, in mid-2014, President Truong Tan Sang spoke out against the prevalent police practice of torture and coerced confessions. Since then, it has been a priority reform.

There have been several cases in which those wrongly convicted have been freed and paid compensation, while police and judges have been convicted. Vietnam has a long way to go, but there has been a meaningful improvement in the past year.

Well said, but let’s see it implemented, and all the other bloggers freed.