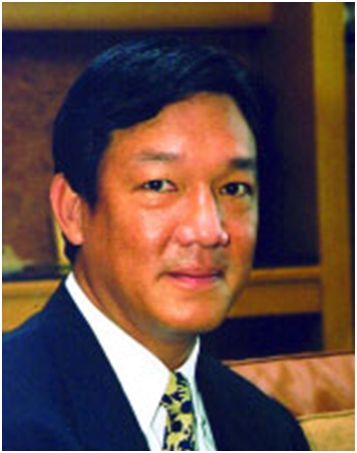 Kittirat Na Ranong is tipped to become the next foreign minister in the new Yingluck Shinawatra administration. According to an inner source inside the Thai Foreign Ministry, a team of diplomats selected by Kittirat is being formed. It will replace the old team led by departing Foreign Minister Kasit Piromya who is Thaksin’s number-one enemy.

In the next week, Yingluck will be endorsed by parliamentarians as the first female prime minister since Thailand adopted constitutional democracy in 1932. A cabinet list will be revealed simultaneously. Already, rumours have swirled around in Bangkok in regards to in-fighting among different factions within the Puea Thai Party. They have competed among themselves to get their preferred ministerial portfolios. The race for the position of foreign minister is particularly fierce. There are many contenders vying for the top job in the foreign ministry, a place still perceived as the ultimate “aristocratic state agency” replete with rich and powerful diplomats possessing intimate connections with the palace.

But there is one man who, not included in the above list, stands out among those contenders. His name is Kittirat Na Ranong.

A Foreign Ministry source informed that Thakin specifically handpicked Kittirat to serve as the new foreign minister. The two men have been “close” and have known each other for quite sometimes. He is reported to forge a close alliance with the group led by Sudarat Kaeyurapan within the Puea Thai Party. The choice of Kittirat is interesting. His previous position as the youngest-ever president of Stock Exchange of Thailand (SET) could signify a possible return of a commerce-driven diplomacy, a foreign policy trademark of Thaksin when he was prime minister from 2001-2006. Since Kittirat has an impressive career background. This could also signal that Thaksin, learning from his own mistakes, may want to reconstruct Thai diplomacy to be somewhat “cleaner” and more acceptable to Thailand’s counterparts.

Prior to joining the SET, Kittirat was chief investment officer of Univentures PLC, and chairman of Cathay Asset Management. However, he gained most of his experience of the securities industry with the trading, research, and asset management arms of Securities One in Bangkok, which he joined in 1987 after a spell in corporate lending with the Thai Farmers Bank. An economics graduate of elitist Chulalongkorn University in Bangkok who earned his MBA from the Sasin Graduate Institute of Business Administration, Kittirat was an adviser to the Thai parliament on economic affairs and a director of the State Enterprises Capital Policy Committee.

His career peaked in 2001 when he became the president of the SET. It was a challenging time for Kittirat as he assumed this position just two days before the 9/11 incident which caused a devastating effect on stock markets in many countries around the world, including Thailand. Two years after the tragic incident in New York, however, Kittirat turned things around. The combined profits of companies listed in the SET, under the leadership of Kittirat, stood at 76 billion baht (US$2.5 billion), making the overall growth of Thai stock market of 50 per cent, a speedy recovery from a stocks dip in Thailand. Kittirat was admired for his determination to strengthen Thai stock market. He was also behind the success of the development of the bond market. With these achievements, Kittirat’s presidency was renewed for the second term.

He has always been politically vocal. In his interview with Thai media in 2007, for example, Kittirat openly talked about Thailand’s political illness, referring to the cancerous patronage system as a factor that “rotted” Thai society. He said that he was a supporter of meritocracy, good judgment and ethics in business, something that was remotely associated with Thaksin’s approach of governance.

When asked if he would be appointed as foreign minister, he said, “I was quite surprised to read about it”, referring to a newspaper report that he was to be the dark horse to take up this position. But he did not really deny the story.

Kittirat has his strong connections with the business community both within and outside Thailand. He is well known in the region. Thus, his position as Thailand’s foreign minister could help repair the image of the country that has been tainted by the Abhisit government and in particular by Kasit.

But appointing Kittirat could cause a great sense of awkwardness within the Na Ranong family. His brother, Kittipong Na Ranong, is currently Thai ambassador to Washington. Kittipong is a close ally of Kasit. Thus, his appointment could have been politically motivated. Kittipong is also an anti-Thaksin figure. While serving as ambassador to Hanoi, Kittipong heavily criticised his own Foreign Ministry for its instruction to all Thai embassies to whitewash the violent crackdown by the police against the royalist yellow-shirt People’s Alliance for Democracy (PAD) in their confrontation in front of the parliament in 2008. Clearly, he has been a sympathiser of the PAD.

So, it seems that the two brothers are on the opposite side of the Thai crisis. Thaksin may want to “punish” some ambassadors who have helped Kasit in hunting him down during the past 30 months. Can Kittirat make a good judgment this time, separating family affairs from political agenda and righteousness from revenge?

Pavin Chachavalpongpun is a fellow at Singapore’s Institute of Southeast Asian Studies.