Jacqui Baker is Lecturer in Southeast Asian Studies at Murdoch University. Her current research focuses on the role of the Indonesian police in democratic consolidation and the political economy of criminal monies in Indonesia. She was part of the editorial team of New Mandala's coverage of the 2014 Indonesian elections while based at the Australian National University's Department of Political and Social Change. She gained a PhD in Comparative Government and an MSc in Social Anthropology from the London School of Economics.

The decline of the Demokrats

Conspiracy theories are the courier of political change. 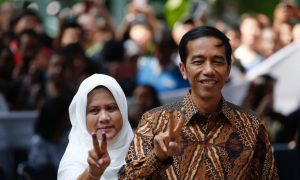 Jokowi’s developmentalist democracy goes beyond a simplistic personal attribute or set of beliefs: it is inherent to his class status. 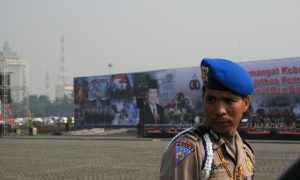 Stand by your man

Jacqui Baker asks whether, in Indonesia today, the police are politically neutral?