As the world face staggering challenges in a post-pandemic and climate change era, the use and development of advanced technology like blockchain increases transparency and the accountability of environmental systems needed to tackle these challenges. As G20 President, Indonesia should use the opportunity to lead advance technology in solving climate change problems.

The crash of all major crypto-currency this year has left plenty of crypto-related companies facing serious financial difficulties that include bankruptcy. This  “crypto-winter”, in which crypto-based value assets have dropped across the board, is predicted to last for another 250 days.

But while crumbling cryptocurrencies such as TerraUSD and LUNA are blockchain-based assets, blockchain itself is an innovative technology that stands on it’s own. It is widely known in financial worlds and vastly utilised as the basis for financial assets, but the technology goes beyond that.

The use of blockchain and advance technology like the Internet of Things (IoT), robotics and artificial intelligence is inevitable as the world enters 4.0 / 5.0 era, with no exception in Indonesia. Dubbed the “Internet of the Future”, Indonesia should embrace blockchain adoption without delays and hesitation.

Home to one of the world’s mega-biodiversity site, Indonesia could harness its potential to lead climate change efforts in regional and global arenas. With its wealth of ecological diversity, Indonesia is a resource for genetic diversity research, vast commodity industries and massive supply chain.  Blockchain and advance technology accelerates the documentation, tracing, archiving and innovation of these great natural resources.

In sustainability practices, blockchain offers solid tools for commodity traceability for products such as coffee, tuna, and palm oil. This can be handy at cross-border and international trade to fulfill Rules of Origin (ROO) and to mitigate the high cost of quality assurance issues – from reputational damage to product recall, and in tracing transnational diseases carried by trade goods.

In Indonesia’s case, blockchain can be strategically utilised and developed in environmental areas.

As one of the world’s high biodiversity eco-regions, Indonesia is susceptible to bio-piracy. Moreover, its undocumented biodiversity and low technology identification and registration, there is double the homework to ensure fair and equitable shares of commercial benefits. Utilising advance technology like blockchain can support the protection of Genetic Resources, Traditional Knowledge and Folklore (GRTKF) which the Indonesian government is currently pursuing under international regimes like the World Intellectual Property Organization (WIPO) in a more transparent, trusted manner.

As the world’s fourth most populous country and 14th largest country by area, land assets are a major investment and provide basic livelihoods. Land titling is complex and usually lengthy. The bureaucratic process involved in handling different documents from various agencies has plenty of unwritten rules along the way. The result is unstructured model and no good governance. Blockchain can offer data harmony and openness, lightning data access, reliable permanent records management and faster processing.  A recent­­ study shows that blockchain-based solutions can increase efforts to digitise land rights in Indonesia, reduce costs of information processing and ease access to important information. This is very useful in facilitating Land Use / Land Cover (LULC) monitoring for agricultural ecosystems, forest conversions and water bodies for climate change impact and actions. 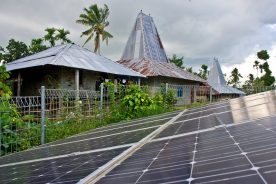 Traceability is important in supply chains, and Indonesia has vast arrays of global market commodities in its soil and seas. As the world’s biggest palm oil producer, Indonesia supplies 45% of international demand. At present, palm oil traceability is provided by third-party mechanisms such as Indonesia Sustainable Palm Oil (ISPO) and Roundtable Sustainable Palm Oil (RSPO). A new initiative called Palm-Oil-Block (POB) aims to utilise blockchain-based technology and the Internet of Things (IoT) to integrate a database system that carries the digital identities of palm oil for stakeholders across the value chain. Blockchain-based smart contracts can also benefit smallholders by creating price transparency based on the quality and quantity of their fresh fruit sales. As a top coffee producer and exporter, blockchain has been used widely in Indonesia for traceability and sustainability. Users such as Alko Cofee Sumatra, Blue Korintji and Noka Cofee have used blockchain to inform customers about the journey from farm to cup by scanning a QR Code. The journey of yellowfin and skipjack tuna from catch to customer has been also been piloted in Ambon, tackling broken systems such as slavery-supported practices.

The energy system in Indonesia is highly centralised, and monopolised primarily by the government to maintain price stability. But the cost of energy distribution is higher in areas further from energy producers, whether fuel refineries or electricity generators. Deloitte predicted that blockchain will transform the renewable energy industry by providing transactional infrastructure (such as smart-contracts) and certifying the source of green energy. Blockchain has ultra-comparative traceability advantages from the energy source, through to retailing, until it’s final consumption.

Developing technologies are crucial to addressing climate change. The United Nations Framework Convention on Climate Change (UNFCCC) puts specific provisions in the original text from 1992, stipulating the promotion, facilitation and financing of environmentally sound technologies and know-how that reduces or prevents anthropogenic emissions of greenhouse gases. Additionally, the Technology Mechanism of UNFCCC supports country efforts to accelerate and enhance action on climate change as declared in the National Determined Contribution (NDC).

Despite its enormous disruptive potential, blockchain-based technology has some challenges in scaling-up. First, there are already transparency and traceability system available beside blockchain that have been used over a long period of time.  The cost of developing and running blockchain is also still unclear, with only few standards in place.  In addition to that, legal and regulatory frameworks in both local and international stages are largely obscure.  The unfamiliarity of enabling technologies that support blockchain has also delayed its adoption.

Oregui and Kumar (2017) laid out four-step approach to address blockchain-based solution challenges for further implementation. The first one is establishing a Blockchain Strategy and Roadmap to secure the commitment and participation of a critical mass of stakeholders, which paves the way for regulatory, legal cooperation. The second one is initiating blockchain readiness for collaboration, innovation and experiment to familiarise users with the enabling technologies, and to enlist support. The third is facilitating blockchain-in-action to establish proof of concept (PoC), scale up, produce, implement and run change management. Last but not least is mainstreaming blockchain to create sustainable practices.

In order to embrace its full potential and minimise limitations, all stakeholders need to understand the urgency to adopt blockchain-based system across the board, including government and private sectors, civil society, academia and individuals.

As the President of G20 this year, Indonesia is in the forefront to lead the recovery of global economies by maximising endeavour in its three pillars, namely Global Health Architecture, Sustainable Energy and Digital Transformation. Utilising blockchain-based solutions for climate change issues is a critical deliverable in Sustainable Energy and Digital Transformation targets.

Climate change is a clear and present problem. UN Secretary-General Antonio Guterres, referring to the report published by the Intergovernmental Panel on Climate Change (IPCC) last year, says it is a “Code Red for Humanity”. Addressing climate change with advanced technology is an idea whose time has come. 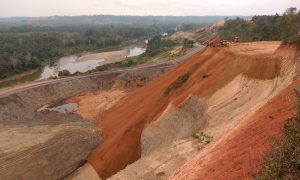 The coal sector is strongly linked to national and regional oligarchs, and coal businesses often play a role as financiers for political candidates. 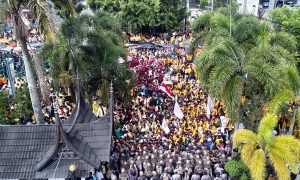 The Macbethian tragedy of Indonesian democracy

While observers might be surprised that Jokowi harboured despotic tendencies, never had he hid his stripes...The essence of the tragedy is the circularity of a flawed system and bad actors. 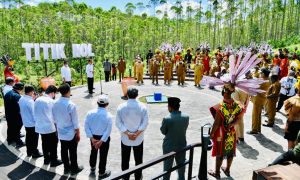 What are the regional security implications of Indonesia’s capital relocation?

Relocation has some implications for not only military and defence issues, but also economic and environmental security.