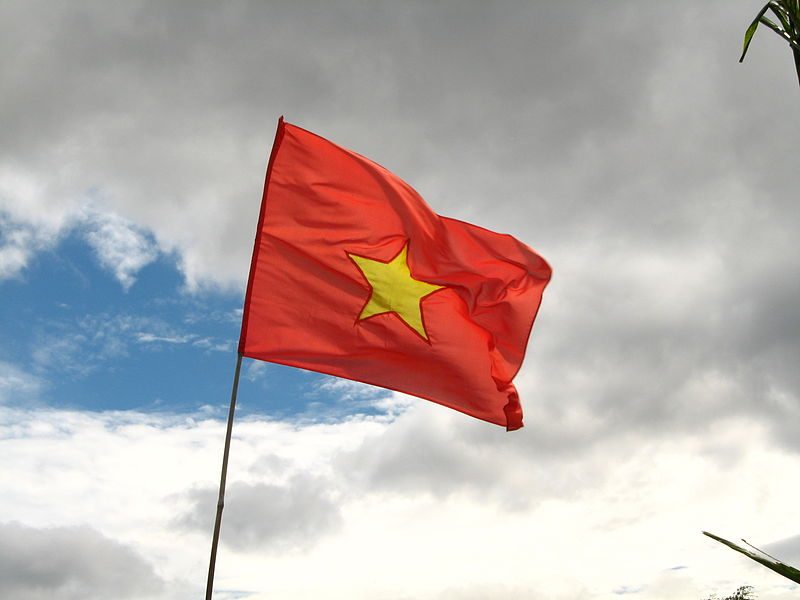 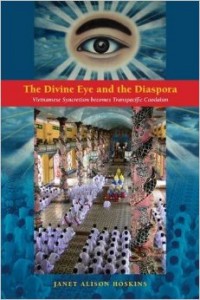 Reviewed by William B. Noseworthy

In The Divine Eye and the Diaspora: Vietnamese Syncretism Becomes Transpacific Caodaism, Janet Hoskins sheds new light on the group that became Vietnam’s most famous syncretic ‘new religion’ of the twentieth century. The Cao ─Р├аi are, unfortunately, mostly known to American audiences predominantly through the work of Graham Greene and short film clips that portray the group as ‘communist sympathizers’ and religious zealots. The prophets Sun Yat-sen, Trang Tr├мnh (Nguyс╗Еn Bс╗Йnh Khi├кm) and Victor Hugo; as well as their predictions of the rise of “Asian Nationalism, Vietnamese unity and a new hybrid religion combining East and West” (3) may be familiar to some Southeast Asianists. Researchers who are more familiar with the Cao ─Р├аi religion will recognize their assertions of “Vietnamese exceptionalism” that saw the Vietnamese the “chosen people” and Cao ─Р├аi as a “national religion” (Vn.: quс╗Сc ─Сс║бo) (224). In chapter two Hoskins pays homage to some scholarly examinations by Sergei Blagov, Jayne Werner, and Jérémy Jammes, which have all revealed new understandings the politicized nature of the religion in the biography of the medium Phс║бm C├┤ng Tс║пc and the Cao ─Р├аi (71, 244). Then, the innovation of Hoskins’ examination, even to those who are very familiar with the Cao ─Р├аi religion, will be 1) the author’s choice to present the chapters in the form of ‘paired biographies,’ (25) presenting one leader in Vietnam and one leader in diaspora in each section of the book, and 2) the argument that Cao ─Р├аi religion is a diasporic doctrine at its very roots.

Hoskin’s argument rests on the assertion that Cao ─Р├аi leadership assumed they had “’lost their country’ even though they were still living in it” (228). This assertion may push scholarly literature on diaspora in new directions, by demonstrating a sense of ‘internal diaspora’ that the Cao ─Р├аi fertilized through their unique combination of doctrines. According to this doctrine there are ‘three ways’: immortals (Vn.: ─Рс║бo Ti├кn); local spirits (Vn.: ─Рс║бo Thс║зn) and saints (Vn: ─Рс║бo Th├бnh). The ‘way of the saints’ includes Christianity, Vietnamese national heroes, Judaism, and Islam (16). The inclusion of Islam is of note, since the Cao ─Р├аi religion was founded in one of only four Vietnamese provinces with a substantial minority Muslim population (T├вy Ninh). The author does not note the discord that is created between the assertion of Islam as part of this ‘new religion’ in Vietnam as being quite critical in the social context of T├вy Ninh, although she is careful to note that the context of diaspora (in the traditional sense) in Orange county in California led to an increase in the incorporation of Islamic liturgy and imagery into local Cao ─Р├аi temples in California. In particular, the author highlights the temple in Pomona, which displays scriptures from Islam, the Baha’i Faith, and the Book of Mormon (232).

A second major important theoretical problem that Hoskins raises is the issue of “indigenous religions” with respect to the case of Vietnam. Essentially, the Vietnamese are no more native to the T├вy Ninh than European-Americans are to the pacific southwest. Yet, in Vietnam Cao ─Р├аi is described as an “indigenous religion” (Vn.: t├┤n gi├бo bс║гn ─Сс╗Лa), while the pantheon of saints and prophets includes individuals from Vietnam, China, India, Palestine, France, and Russia (6, 185). Therefore, Hoskins expands the framework of indigeneity in order to argue that “Caodaism [Cao ─Р├аi religion] has, in a sense, its own ‘indigenous’ theory of comparative religion, social evolution and even anthropology” as she invokes Chakrabarty (2000) to argue that the Cao ─Р├аi religion quite successfully has “provincialized Europe” in its efforts to create a ‘new Levant’ in Vietnam (218).[1] The author further argues that in doing so the Cao ─Р├аi religion created new authorities which centralized, institutionalized and formalized Cao ─Р├аi religion in Vietnam, creating a “religious field” [2] of knowledge that has a proper authority eliminating laity and non-believers from contributing to the discourse (13-14). This religious field was then renegotiated in the diaspora. The author is also careful to devote a whole chapter to how the internet has reshaped communication between the estranged party-aligned leadership that remains ‘in country’ and the diaspora living in France and the United States.

In addition to the above questions regarding diaspora and indigeneity, the rich ethnographic work of the book promises to provide several questions that are ripe for classroom discussion and further analysis. These include, but are not limited to, the authors choice to translate certain terms from Vietnamese in certain ways, rendering “prohibitions” rather than “precepts” in one example in reference to five basic principles of Buddhism – or – in another example, describing categories of religion as either “Asian” or “Abrahamic,” opening the question of ‘Islam as an Asian religion.’ Hence, while the book is certainly a contribution for the specific study of the Cao ─Р├аi religion and the Vietnamese diaspora, it also provides a good amount of material to discuss with students and fellow researchers in the fields of history, anthropology, religious studies and diaspora studies.

William B. Noseworthy is a Ph.D. Candidate in History at the University of Wisconsin-Madison.

[2] The term ‘religious field’ here is drawn from Pierre Bourdieu’s studies on Roman Catholicism and Stanley Tambiah’s discussions of Buddhism and refers specifically to the construction of the hierarchical institutional relations to which the author refers to above. See: Stanley Tambiah (1970). Buddhism and the Spirit Cults of North-East Thailand. Cambridge: Cambridge University Press; and, Pierre Bourdieu (1987). “Genesis and Structure of the Religious Field” Comparative Social Research 13: 1-43