The government has finally dissolved the Indonesian branch of the transnational organisation Hizbut Tahrir (HT) after it has operated for more than thirty years in Indonesia without any significant obstacles. Since its establishment in Indonesia in the early 1980s, Hizbut Tahrir Indonesia (HTI) has operated primarily underground, developing its base in universities through the Lembaga Dakwah Kampus (Campus Proselytisation Organization), an overarching organisation that includes Salafi and Tarbiyah groups. After the fall of Soeharto in 1998, HTI was able to further develop its base in many other locations and to gain momentum to pursue its mobilisation strategies openly.

HTI’s activities in the field of open dakwah are marked by the publication of Al-Islam weekly bulletin and Al-Wa’ie magazine. In 2006, HTI was officially recognised by the state as a legal civil organisation. As a legal entity, HTI was able to move more freely, not only reaching Muslim communities on campuses but also developing its influence in government bureaucracy. Its call for a caliphate (khilafah) was no longer heard only in mosques and university campuses, but also in seminar rooms and government offices.

HTI’s confidence grew as its reach widened, and it began to pursue what it declared to be the final stage in realising the formation of the caliphate, seeking the support (talab al-nusrah) of influential figures (ahl al-quwwah) who would join it in seizing power. Before there was any indication that HTI would be successful in its bid, it was dissolved by the government.

What (will) happen to HT now that it has been banned?

Operating under a government ban is nothing new for HT in other places in the world. In some nations HT has not been able to survive, yet in others it has become an important force of opposition to the regimes that have prohibited it. One example is Germany where it disappeared in 2003 when the government banned the organisation with the charge that its campaigns were anti-Semitic and promoted violence.

The ban on HT in Germany was also facilitated by the Act Governing Private Associations through which the German government banned a number of civil society organisations, including HT, that according to the German Ministry of Home Affairs have aims and activities that are in contradiction to constitutional order and international understanding (see Hizb ut-Tahrir: Islam’s Political Insurgency, pp 37-39). This regulation not only allowed the government to ban organisations, but also to seize their assets, practically leading to the extermination of HT in Germany.

In Egypt, Turkey, Bangladesh and Pakistan, HT has managed to survive despite being banned, although the branches in these countries have not expanded. Elsewhere, quite a few HT leaders have been arrested and jailed, yet the organisations maintain their presence through media campaigns and underground meetings.

Furthermore, HT has been able to develop a base in post-Soviet states like Kyrgyzstan, Kazakhstan and Tajikistan, despite being banned in those countries as well. The organisation is faced with stricter and more authoritarian governments in this region, and many members have been jailed. Yet HT has filled the gap left by weak opposition forces and become a channel of expression for an outpouring of local resistance as well as for certain poor and oppressed ethnic groups.

A number of analysts have concluded that the availability of legitimate opposition is key to determining to what extent HT manages to persist or grow under governments that ban the organisation, except those in non-democratic countries like Saudi Arabia and the Gulf countries where HT has seemingly failed. In other Muslim majority countries like Egypt and Turkey, the influence of HT is dimmed under the shadow of other powerful Islamic groups, especially Jama’ah al-Ikhwan al-Muslimin or the Muslim Brotherhood.

One common characteristic of HT groups worldwide is that their members continue opposing democracy after the organisation is banned, attacking the legitimacy of allegedly secular governments and urging their followers to throw off national or denominational sentiments. They continue to proclaim the caliphate as the only viable path. In a normative sense, these consistencies stem from the doctrine established by the HT’s founder, Taqiyuddin an-Nabhani (1909-1977).

In one of the texts that serves as a guide for the HT movement, At-Takattul al-Hizbiy, an-Nabhani appealed to his followers not to deviate in any way from the ideology and principles of the movement, notwithstanding opposition from various parties:

If the masses and the ideology come into conflict, it is imperative for the Hizb members to adhere to the ideology alone. Even though the Hizb members would be subjected to the Ummah’s resentment, for this negative feeling would only be temporary. Their adherence to the ideology will win them the trust of the Ummah again. Hence, the Hizb should always caution itself not to contradict the ideology or deviate from its essence, even slightly. The ideology is the life of the Hizb and the guarantor of its survival. In order to ward off such grave situations and to prevent such a danger, the Hizb should endeavor to cultivate the ideology in the Ummah, to maintain the clarity of the Hizb’s thoughts and concepts and to work towards maintaining the predominance of its thoughts and concepts over the Ummah. (Taqiyuddin an-Nabhani in At-Takattul al-Hizbiy, 2001: 52-53. English translation from Structuring of a Party, 2001: 48-49)

Additionally, the doctrine assures members of HT that the return of the caliphate is a promise that will be fulfilled by God. HT’s response to being banned is not only based on tactical considerations, but also on the theological belief that those Muslims who die without pledging allegiance (bay’ah) to an imam or caliphate die “in a state of jahiliyyah”. If the caliphate is not realised in one’s lifetime, it is essential that HT members live as fighters for the cause and refuse to submit to secular systems and regimes.

This indicates that the dissolution of HT, including in Indonesia, will not directly silence its call for the caliphate. If the caliphate can’t be achieved through open meetings, HT will use media of various kinds (Al-Islam bulletin, Al-Wa’ie magazine, blogs, social media) and closed meetings. Normatively, HT’s ideological consistency must not be limited to the goal of resisting secular systems, but also to strongly adhering to a non-violent path until those in power turn to the caliphate.

HTI is already a large organisation. The question is: with tens of thousands of members or more in Indonesia, will all the group’s followers be able to maintain the mandate of ideological consistency? Especially when considering the fact there has yet to be a successful example anywhere of the group approaching their goal of taking power (istilam al-hukm). It is likely that the group will adapt and innovate given its available resources and the political opportunity structure it encounters in the different countries where it is found.

Between extremism and democratic opposition

The most realistic choice for HTI is to channel its power through political forces outside of the government that ensure freedom within the framework of democracy and the constitution. Before it was formally dissolved, HTI leaders indicated that they aren’t allergic to making alliances with groups promoting shariah, signifying an acceptance of the existing political system.

At a glance, these alliances can be viewed as a move away from the doctrine of an-Nabhani that insists party members should not compromise. Yet portions of HT’s doctrine allow space for maneuver during political elections. In the context of a presidential election, support for a particular candidate is framed according to doctrine that differentiates between a presidential election and the election of the head of a nation. In HT’s doctrine, an election can also be considered a tactic (uslub) rather than a method (tariqah). Methods cannot change, but tactics can be flexible. For example, in previous elections, HTI pushed Islamic parties to develop a “shariah coalition”, even though they did not directly support a particular candidate.

It may be that HTI’s positioning in national elections aims to provide the organisation a place in the landscape of political Islam in Indonesia. In addition, calls for the importance of choosing a leader of the same faith and for unifying Muslim political power can be seen as a long term effort to broaden the basis of support for the implementation of the caliphate.

However, HTI is certainly in a weak position after its dissolution, as it cannot mobilise freely and openly. It is possible that HTI’s media outlets will be shut down by the government unless the Government Regulation in Lieu of Law (Perppu) No. 2/2017 on Mass Organisations does not receive support of the House of Representatives (DPR) or is rejected in the course of a judicial review in the Constitutional Court.

In this situation, it is to be expected that allying with the existing democratic opposition will be the safest move for HTI members scattered across various regions. In the midst of strengthening identity politics after the Jakarta election, there is a hope that the history of “failed” Islamic politics will experience a turnaround. In reference to the experiences of other states mentioned previously where the organisation is banned, HT only has potential for growth in situations where there is no other strong opposition force or in totalitarian states. The consequence of this choice is that HTI must change, decrease, or dispense of the call for the caliphate, anti-democracy, and anti-nationalism.

Another undeniable potential shift is the emergence of friction between HTI members who are faithful to the an-Nabhani doctrine of no compromise and those that are more adaptive to social and political change. Those who are frustrated with the moderate approach and have lost hope in the so far unsuccessful intellectual struggle may see extremism and violence as viable conduit for expressing their desires.

In the end, it is the members of HTI themselves who will face these choices and their consequences: will they remain ideologically consistent or compromise?

Mohammad Iqbal Ahnaf is a faculty member at the Center for Religious and Crosscultural Studies (CRCS), the Graduate School, Universitas Gadjah Mada. He obtained his PhD from Victoria University of Wellington in 2011 with a dissertation titled From Revolution to Refolution: A Study of Hizb al-Tahrir, Its Changes and Trajectories in the Democratic Context of Indonesia (2000-2009).

This article originally appeared at the CRCS website, as translated from the original Indonesian by Kelli Swazey.

More on Islam and politics in Indonesia… 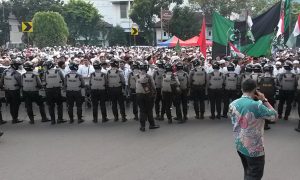 How Jokowi has kept hardliners in check. 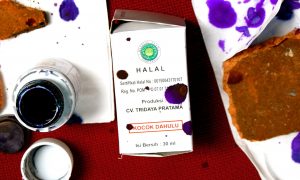 Ahok is not Jokowi