Indonesia’s political leadership was slow to respond to COVID-19, and for a long while denied the virus had even entered the country based upon a sparse testing regime at a time when the contrary was already inevitable. In February, it was still urging improbable preventative measures like prayer and herbal concoctions rather than formulating a credible public health response. Following the first reported case on March 2, it somewhat belatedly began to act and, like all other countries, it is facing an awful dilemma in trying to balance the public health impact with the unavoidable economic effects of imposing lockdown measures.

President Joko Widodo attempted to address the crisis with the 13 April declaration of an emergency state of national disaster (bencana nasional) that requires Indonesia’s regions, which had been empowered by regional autonomy laws over the last 20 years, to fall in line behind the policies of his central government. This has since included an announcement on 21 April that he would attempt to formally ban mudik, the traditional mass migration of Indonesia’s Muslims back to their home villages during the upcoming holy month of Ramadhan. Whether his administration really possesses the power to do so remains to be seen.

When the Asian Financial Crisis struck Indonesia in late 1997, it soon spiralled into a political tsunami that ended the 32-year authoritarian regime of President Suharto. The earlier ousting of President Sukarno in the 1960s was similarly precipitated by a severe, mostly self-inflicted, economic crisis. Sadly, neither of these past political transitions were peaceful or bloodless. The democratically elected President Joko Widodo is likely reflecting on this history as he walks a knife edge in his attempt to steer the country through the unfolding COVID-19 disaster that is likely to seriously deteriorate in the coming months.

This dilemma will be particularly acute for Indonesia, and the political stakes are high. Last week, the Head of the National Disaster Mitigation Agency and Head of the COVID-19 national task force, Doni Monardo, acknowledged that the government did not actually have the capacity to impose a lockdown even if it wanted to. In particular, he pointed to the lack of government resources to meet the basic needs of its 270 million citizens during sustained economic inactivity. This lack of capacity is both fiscal and administrative. Elsewhere in the world, even well-established welfare agencies are struggling with the increased administrative burden. Like many low-income countries, however, Indonesia is still building the administrative capacity required for the delivery of social protection payments.

The government began targeted assistance for poor households in the wake of the 1998 crisis, with the introduction of its rice-for-the-poor program. The program has since evolved into a food voucher program now known as Kartu Sembako and operates alongside other major social support programs such as a conditional cash transfer program (Program Keluarga Harapan) and a school scholarship scheme (Program Indonesia Pintar), which collectively now reach around  15 million of Indonesia’s 70 million households.

This nascent social security system still struggles to effectively target the most vulnerable households, and yet it is being tasked with providing livelihood support during the COVID-19 crisis. Moreover, existing programs prioritise rural regions where Indonesia’s poor are concentrated, whereas job losses induced by responses to COVID-19 will be disproportionately experienced in the cities—initially at least. The expanded national health scheme (Jaminan Kesehatan Nasional), with its ambitious aims of universal health coverage, will be sorely tested in the coming months.

Unlike more developed economies, these social security schemes are effectively de-linked from a taxation system that itself has low levels of personal income reporting, making it difficult to enact a means-tested response to the crisis. This is partly due to the estimated 57% of total employment that occurs within the informal sector, nearly half of it in smallholder agriculture, forestry and fisheries. The fact that an estimated 39% of all Indonesian households are involved—at least partially—in smallholder rural production is important, since Indonesians have traditionally relied upon agriculture for an informal social safety net during difficult times in lieu of formal social security.

During the 1998 crisis, many of those who lost their city jobs returned to villages where they took up farming. Social institutions like rotational savings schemes (arisan), mutual help agreements (gotong royong) and various social patronage arrangements can also provide a lifeline during times of crisis. In the Toraja region of Sulawesi island, for example, large funeral ceremonies perform an important redistributive function where wealthy families plough thousands of dollars into rituals and patronage networks that maintain community livelihoods.

The catch in the current crisis, however, is that enforced social distancing means arisan groups can’t meet and gotong royong activities including those associated with the Torajan ceremonies have been temporarily suspended. These informal social security mechanisms rely fundamentally on intense social interaction to function and so are less likely to perform a stabilising role in the current crisis. At the same time, social solidarity will be critical for communities to keep themselves healthy and secure.

Like previous crises, agriculture, forestry and fisheries will probably pick up some of the slack in employment caused by a COVID-19-instigated economic downturn wherever individuals can still access farmland and where fisheries stocks and forests have not yet been exhausted. The longer-term consequence of this is likely to be depressed basic commodity prices as the supply of products such as coffee, cocoa and rubber increase due to laid-off workers right across the developing world simultaneously pursuing similar livelihood strategies. 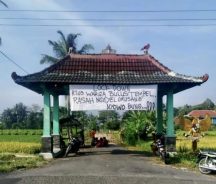 Unfortunately, any back-to-the-farm movement is also likely to spread the virus throughout the country and into areas with less well-developed medical facilities. Attempts to stop mudik have been instigated for this very reason. The consequences of this, however, could backfire disastrously if it blocks off the social safety net provided by rural communities for the urban poor.

This all puts President Widodo in a highly unenviable position in the coming months with little effective room for manoeuvre. In the absence of necessarily strict social distancing measures, the looming human health disaster facing Indonesia is truly frightening. Meanwhile, the livelihood effects of implementing such measures without the ballast of a functioning social security system, would cause acute food insecurity and risks serious political instability.

President Widodo is not currently viewed as a particularly strong leader. Last year, only a few months into his second five-year term, he faced large-scale street protests due to an unpopular reform bill that was widely seen to wind back democratic progress and anti-corruption efforts in an attempt to appease powerful interest groups. He is currently sitting on thin political capital.

His recent declaration of an emergency state of national disaster is an attempt to assert political control over the sprawling nation. A further option is to use the declaration to enrol the support of the military, which may be the only institution in the country with the requisite logistical capabilities to avert a humanitarian catastrophe. With its vibrant democracy still only 22 years young, however, many Indonesians are justifiably nervous about handing back any level of formal power to the military and the generals who still remain powerful behind the scenes. A lot, it seems, is riding on the capacity of a still developing social protection system to deliver supports to those that need it most during an imminent national disaster.

More on coronoavirus in Southeast Asia 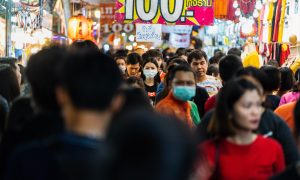 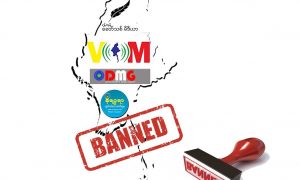