Looking Ahead: Laos in 2020 and beyond

The next Party National Congress of the ruling Lao People’s Revolutionary Party (LPRP) is scheduled for early next year and, through this process, new leaders and a new politburo will be elected. While a cloak of secrecy makes it is extremely difficult to predict what specific changes the Congress will bring, well-informed reports from inside Laos suggest that some new, relatively young and well-educated figures, are destined for Senior party positions. In my summary of Laos and its political trajectory over the past 12 months, I seek to capture how constraints on freedom of expression have expanded alongside dynamic economic growth.

Perhaps the biggest question regarding leadership change in Laos is what will become of the current Prime Minister, Thongloun Sisoulith, who was appointed at the last party congress in 2016.

In the early years of his leadership, Thongloun made a strong impression in Laos through a series of important political reforms, including an anti-corruption campaign similar to those that have been undertaken in China and Vietnam.

This push for change has, however, slowed significantly over the last 2 years, and many now feel that any reform agenda in Laos has disappeared. Thongloun’s position following the next Congress, and whether he will recommence any further reforms, remain ongoing questions of interest.

Regarding human rights and political freedoms, anyone that is familiar with Lao politics knows that restraints on political freedom and human rights abuses have been a mainstay more or less since the LPRP gained leadership control in 1975. According to Freedom House, Laos is one of the most politically repressive societies in the world – ranked 14/100 categorised countries. On Transparency International’s corruption perception index, it ranks 132/180 countries, whilst Reporters Without Borders scores it the 171st worst country worldwide for freedom of the press.

Over the past year political oppression and human rights abuses have continued. Two prominent examples include that of Houayheuang Xayabouly, who was arrested in September last year on charges of ‘defaming the country’ for criticising the government’s response to flooding in a Facebook Live Video; and the disappearance of the prominent Lao human rights activist Od Sayavong, who was last seen at his Bangkok home on August 26, 2019. Od is affiliated with the “Free Lao” group, a network of Lao migrants based in Thailand who (amongst other activities) have staged peaceful protests outside the Lao embassy and the United Nations headquarters in Bangkok. While there is no clear evidence to link Od’s disappearance to the LPRP, fears for his safety stem from a troubling track record of enforced disappearances within Laos, including the December 2015 abduction of Sombath Somphone.

Based on these and other cases, following a March 2019 visit to Laos the United Nations Special Rapporteur on extreme poverty and human rights—Professor Philip Alston—stated that ‘a single-minded focus on preserving power and controlling public discussion has precluded important conversations and robbed Lao people of a meaningful say in the solutions to widespread social problems’. Much of this sentiment was further supported in January this year through the United Nations Human Rights Council Universal Periodic Review of Laos , which resulted in 226 recommendations for the Government of Laos (GoL) to carry forward.

While economic growth within Laos has been strong now for more than a decade, such political oppression has both social and economic impacts. For several years now, Laos’ ranking in the World Bank’s Ease of doing Business report has been slipping, declining from 134th place in 2013 to the current ranking of 154th. While it is a constant priority of the GoL to improve this ranking, without deep, structural, political reforms, it is likely that this aspiration will continue to be frustrated.

Regarding International Relations, the leading story for Laos over at least the past 5 years has been one of growing Chinese influence. This has continued over the past 12 months, with China investing heavily in road, railway and hydropower projects, as well as agribusiness and construction. While Chinese development assistance had led the GoL to become increasingly indebted to China, it has also bolstered government authority through the expansion of governance capacities and the funding of image-enhancing projects.

Also significant for recent international political exchanges is the August 2019 tension between Laos and Cambodia along their shared national border. This dispute was quickly diffused and does not appear to have had any significant lingering effect on relations between the two states, however, it does highlight the ongoing fragility of relationships within ASEAN, and continued possibility of conflict in the region.

A look at Laos’ future leaders

Who's who in the communist state's new leadership team.

In terms of key economic sectors, connectivity infrastructures, hydropower, agribusiness, mining and urbanisation all remain national priorities that have come with high social and environmental costs. Accordingly, these are deeply politically ‘sensitive’ topics discussed further in my SSEAC presentation.

Looking ahead, commentators around the world are currently speculating on whether the COVID-19 pandemic will see changes to business-as-usual. There is widespread hope for the emergence of a more inclusive and progressive politics, and more equitable and sustainable economies. As in many other parts of the world, such changes are sorely needed in Laos. I remain hopeful – but not quite optimistic – that the next Party Congress will be followed by a furthering of the positive political and economic reforms that Prime Minister Thongloun Sisoulith started back in 2016. The activities of Lao dissidents who have fled to Thailand can offer some insight into anti-regime sentiment in Laos. 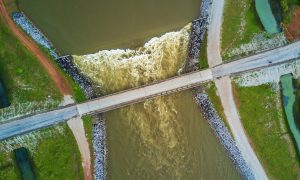 International donors need to own up to their own roles in the ongoing Lao hydropower tragedy.