A fragmented Malay society is making ‘Malay unity’ more urgent for those defeated by GE14.

On 29 July 2018, about 1,500 people gathered at the historic Padang Sultan Sulaiman in Kuala Lumpur, rallying to defend the status of ‘Malay Muslim rights’ under the theme of ‘Himpunan Kebangkitan Ummah’ (Ummah Awakening Gathering). The rally intended to stimulate a siege mentality and anxiety among Malay Muslim, as they are facing multiple ‘threats’ from so-called minorities, ranging from the LBGT (lesbian, gay, bisexual, and transgender) community, Chinese-language education groups, Hindu pressure groups, Shia, and ‘liberal Muslims’ as well.

With UMNO Youth chief and former minister Asyraf Wajdi Dusuki, PAS secretary-general Takiyuddin Hassan, Bersatu member and former veteran minister Rais Yatim, as well as representatives from NGOs such as ISMA (Malaysian Muslim Solidarity), ABIM (Malaysian Islamic Youth Movement) and GAPENA (Gabungan Persatuan Penulis Nasional) attending, this rally hoped for broader Malay audiences beyond the conventional Islamist-minded groups. Yet as I observed at the rally, the participants were mainly PAS supporters, and some were mobilised by ISMA. There was no mobilisation of the crowd by UMNO, ABIM, and Malay-language groups such as GAPENA.

While using an Islamic-inflected theme, ‘Himpunan Kebangkitan Ummah’, the key issue was not a religious one at the rally but a language one. It was about rejecting the new Pakatan Harapan (PH) government’s proposed recognition of the United Examination Certificate (UEC), a standardised test for the independent Chinese high school sector in Malaysia. Besides the UEC, the rally also made issues of LGBT visibility and their rights, the polemics surrounding controversial Indian Muslim preacher Zakir Naik, as well as the perceived dominant role of the DAP in the PH government.

To some extent, the UEC is to Malaysian Chinese as the Hudud issue is to Malay Muslims. Many Malaysians Chinese support or at least will not object to the UEC’s recognition, but few have gone through such a system. Malaysian Chinese support for independent Chinese high schools is not just about an endorsement of such school curriculums, just as Malay Muslim support of Hudud laws is not always about agreement to enforce Hudud punishments.

In the past, PAS has used the call for stricter implementation of Islamic laws as a weapon to ‘out-Islamise’ UMNO. Today, the contestation in political Islam is much more complicated with UMNO, PAS and Amanah (to a lesser extent, Keadilan, Bersatu dan Islamic NGOs) competing against each other. The recognition of the UEC has been always raised by DAP to attack MCA for not being able to campaign Chinese issues. Hudud and the UEC entail identity politics over who can best represent the interests of ‘Malay Muslims’ and ‘Chinese communities’.

The strong anti-UEC stand taken by PAS has fed the perception that the Islamist party has become increasingly ‘Malay-oriented’, helping pave ways for the party to work more closely with UMNO. Newly-elected UMNO youth chief Asyraf Wajdi supported PAS leader Hadi Awang’s controversial ‘Hudud Bill’ when he was the deputy minister in charge of religious affairs during the Najib era. ISMA, one of the key players in the Ummah rally, is like a combination of UMNO and PAS, campaigning for both Malay supremacy and an Islamist agenda at the same time. A potential alliance of UMNO-PAS-ISMA is in the making, yet it is uncertain whether such cooperation will be further consolidated, as there are different opinions within each of them, as well as the ongoing hostile relations between UMNO and PAS members.

The speakers at the rally spoke on different issues with different tones, and not all of them are outright racists nor narrow Islamists. Bersatu’s Rais Yatim, the veteran former senior Mahathir minister, as well as representatives from ABIM and GAPENA, focused on the UEC. They were not necessarily supporting PAS, UMNO or ISMA, but they joined the rally to express their disagreement on the UEC. Indeed, the ABIM leader was the most ‘moderate’ speaker at the day – he did not raise any issue to stir Malay Muslim insecurities. He also reaffirmed his support for vernacular primary schools in Mandarin and Tamil, yet he objected to UEC recognition, seeing such recognition as undermining national language policy and the status of the Malay language. IKRAM, another important Islamic organisation, was absent from the rally – it had given its qualified support for UEC recognition, with a list of conditions. Unlike ISMA, both ABIM and IKRAM (Malaysian IKRAM Association) are PH-friendly Muslim NGOs.

The leaders from PAS and its student wing, GAMIS (Gabungan Mahasiswa Islam Se-Malaysia), besides harping on the UEC, also took up other issues related to the LGBT, Shia, and liberal Muslim communities to attack the new coalition’s leadership. For example, Youth and Sports Minister Syed Saddiq was attacked for being ‘hedonist’ and ‘pro-liberal’, while Education Minister Maszlee Malik was too ‘apologetic’ and “pro-DAP”. The new Religious Affairs Minister Mujahid Rawa was criticised for “not defending Zakir Naik” and “compromised on LGBT issues”. PAS leaders tried through these criticisms to portray a more ‘Islamic’ image compared with Pakatan’s Muslim leaders.

ISMA leaders set a more exclusionary tone, in speeches such as “if Pakatan Harapan is dominated by DAP, we will bring down PH (Pakatan Harapan), as how we fought the British colonial power”. Such statements indirectly portrayed Malaysian Chinese as “foreigners” who were trying to take power from the “native” Malays. Most of the attention-grabbing placards with slogans such as ‘Pertahan Identiti Negara’ (Defend the Identity of our State), ‘Islam dan Melayu, Identiti Negara’ (Islam and Malay, Identity of our State) and ‘Malaysia Tanah Melayu’ (Malaysia, Malay Land) were prepared and held up at the rally by ISMA members. Some PAS participants felt uneasy with such ultra-exclusionary messages.

Very few Malay Muslims in Malaysian are outright racists or narrow Islamists. But a significant portion of them view Islam as their core identity (whatever this implies).  And some worry that the increasing usage of the Chinese language might challenge the status of Malay as the national language. Similarly, some fear that the LGBT community’s allegedly increased visibility might undermine the role of Islam as Malaysia’s official religion. The more Muslims openly support LGBT rights and the more Malays speak Mandarin, the more some Malay Muslims want to more strictly define what constitutes Malayness and Islamness. In other words, the increasingly political fragmentation and cultural diversification of Malay Muslims have led some of them to create a sense of ‘Malay unity’ by drawing stricter boundaries between what they perceive as ‘Islamic’ and ‘un-Islamic’ and between who they see as ‘Malay’ and ‘non-Malay’. The makings of religious, sexual and racial others (for example, liberal Muslims, LGBT and Malaysian Chinese) are central for them to consolidate ‘Malay Muslim identity’, and to create a sense of certainty amidst uncertainties. Hence, it is insufficient to analyse Malay anxiety as only a result of political competition or religious conservatism, without looking into the rapid socio-cultural changes experienced by Malay Muslims.

Instead of addressing various socio-economic issues faced by Malay Muslims, some politically-motivated groups stir up Malay anxiety, creating a perception that they are representing ‘Malay Muslims’ and manipulating public opinions for their political interests. Such patterns are similar to “Aksi Bela Islam” (Defending Islam Action) in Indonesia, using the banner of “defending Islam” to mobilise political support. Such political mobilisations have forced both Malaysian and Indonesian governments to contain them.

In Malaysia, some PH leaders are containing its critics by taking a conservative stand, as shown in the government handling of LGBT-related issues. In Indonesia, President Joko Widodo has selected a conservative cleric as his running-mate for next year’s presidential election, to counter Islamist mobilisation of his opponents. Such containments could prevent the more exclusionary parties from taking political power, yet at the same time might sustain the ‘conservative turn’ and potentially alienate some minority groups. 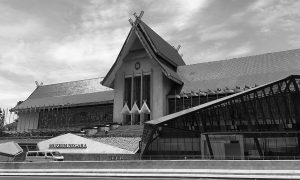 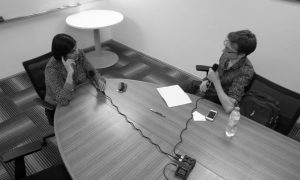 The first in a series of podcasts providing a snapshot of Malaysia in the aftermath of GE14.