View of the Corocores of the Island of Guebe, from the Island of Pisang, Alphonse Pellion 1825, from Voyage Autour du Monde sur les Corvettes… L’Uranie et Physicienne 1817-20

Immediately to the north-west of Australia, occupying an area somewhat larger than our island-continent, are the heartlands of the pre-modern world’s most accomplished and farthest-ranging oceanic explorers, migrant settlers and traders. Today they occupy much of Southeast Asia, while their outlying settlements stretch from Madagascar to Easter Island and Hawai’i. Active and afloat across the Asian and Indian Ocean region for millennia, their maritime mercantile ventures reached northern Australia in pre-colonial centuries.

They are the diverse but culturally and linguistically related people who are collectively called Austronesians.

Both the term ‘Austronesian’ and these people’s identity as a distinct grouping are, it’s safe to say, very little recognised by most Australians or the wider world, except among specialist historians, archaeologists, ethnographers and linguists. Author Philip Bowring wants to change that with this book that is a detailed, multidisciplinary account of these quintessential seafaring and trading societies, from their prehistoric origins until now.

In particular Bowring wants the ‘general reader and public’, at whom this book is aimed, to appreciate their dynamic role in the networks of oceanic trading that stretched from Asia across the Indian Ocean to the Mediterranean for thousands of years… networks that led directly to the last half millennium of European expansion, and that were the forerunners of today’s globalised economy. 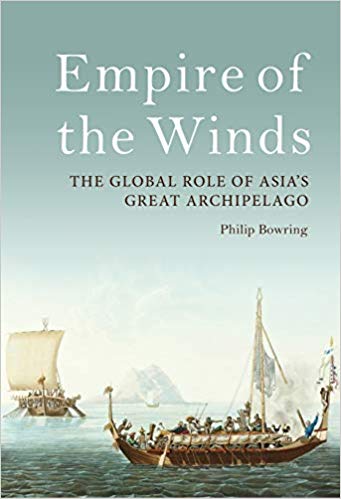 Image 1: Empire of the Winds: The Global Role of Asia’s Great Archipelago, by Philip Bowring

Austronesians comprise most of the populations of modern Indonesia, Malaysia and the Philippines, speaking hundreds of different but related languages. There are also minority Austronesian populations in Indochina, Burma, Thailand and Taiwan. Ethnic Thais, Cambodians, Laos, Vietnamese and Burmese of mainland South-East Asia are not Austronesians, nor were they primarily seafaring societies – the thing that most defines deep Austronesian heritage.

So to avoid confusion Bowring has coined a new term, Nusantaria, to describe Austronesian homelands on the islands and coasts of South-East Asia, from where they sailed and traded much more widely. The term comes from the Sanskrit-derived, Malay-Indonesian nusantara (‘the islands between’), referring to the archipelagos that stretch from China and South-East Asia towards Australasia. (In English this was sometimes ‘the Malay archipelago’, the title of Alfred Russell Wallace’s magnificent magnum opus published precisely 150 years ago.)

The Nusantaria concept keeps the focus on this vital maritime mercantile heartland, whereas some of the Austronesian family sailed so far away – to Micronesia, Polynesia and Madagascar – that they eventually lost contact with the ancestral sail-trading network.

The major defining feature of Nusantarian societies was their mastery of navigation with ingenious vessel technologies, which included outriggers, unique fore-and-aft sailing rigs and hull-construction techniques that distinguished them from the Arab, Persian, Indian, Chinese and (much later) European ships that also plied these seas. This was the key to their expansion and settlement of maritime Southeast Asia over the last four or five millennia, displacing or absorbing earlier migrants. Other original features of Nusantarian societies included ancestral cults and shamanism, headhunting, and the independence and high standing of their women.

Bowring takes an even-handed approach to the fascinating question of Nusantarian origins. He acknowledges the well-accepted ‘out of China via Taiwan’, north-to-south thesis of Peter Bellwood et.al., but seemingly gives equal credence to alternative, south-to-north theories of migrations that were forced by the last inter-glacial flooding of the Sundaland basin (Stephen Oppenheimer, William Sondheim).

From ancient times the islands of Nusantaria supplied key trade commodities including the rarest and most costly spices – cloves, nutmeg and mace – exported in its own ocean-going ships. But more crucially, these home waters were the cross-roads of all the extensive sea trade between East Asia and the Indian Ocean. ‘A Persian writing in Arabic in the tenth century,’ he tells us, ‘noted that parrots in Palembang [the Sumatran centre of the Srivijaya empire] could speak many languages including Arabic, Persian and Greek.’ Those polylingual parrots would certainly also have spoken Malay, the Austronesian language native to both shores of the Straits of Malacca – the narrow funnel through which most of this trade passed. It became the lingua-franca of the region’s sailors and traders well over a thousand years ago, and is the basis of the modern Indonesian national language.

The major religions of Hinduism, Buddhism and Islam entered the region from the Indian Ocean, spread peaceably by maritime trade and adopted through influence and prestige. Nusantarian societies transformed these religions, as much as they transformed Nusantaria. Rare seaborne invasions such as that of the Tamil-Indian Cholas in 1025, and later Mongol and Ming interventions, made no lasting impacts due to the dispersal of the islands and the skills of its sailors and traders.

European and Christian incursions began more forcibly five centuries ago, lured by the fabulous wealth of the ‘Spice Islands’ and advantaged by the superior gunnery of these aggressive newcomers. The shock is well expressed in the famous words of 17th-century Makassan Sultan Alauddin, refusing monopolist Dutch demands to exclude their rivals: ‘God made the land and the sea. The land he divided among men and the sea he gave in common. It has never been heard that anyone should be forbidden to sail the seas.’

This new era would lead eventually to a severe downturn of Nusantarian fortunes and a loss of common identity as they were fragmented into the post-colonial states we know today. Bowring makes the valuable point, however, that it’s easy to exaggerate the effect of the first few centuries of European activity, as disruptive as it was. It was not until ‘a final land-grabbing spasm around the turn of the 20th century that European imperialism reached its final apogee’, drawing Nusantaria’s modern borders. Image 3: Nusantarian trading ship off Java, published in the account of the first Dutch voyage to the East Indies by Cornelius de Houtman 1595-97

Journalist, author and yachtsman Philip Bowring has lived in Asia for decades as a correspondent for leading financial and international newspapers, and was editor of the prestigious Far Eastern Economic Review. His earlier history book was about a distant ancestor, Sir John Bowring, who as Plenipotentiary in China in 1856 precipitated the Second Opium War, and who negotiated a key trade treaty between Britain and King Mongkut of Anna and the King of Siam fame.

Having read history at Cambridge and, during his working life, absorbed himself in the history and economy of maritime Asia, Philip Bowring is well placed to attempt this ambitious synthesis of vast amounts of scholarship and primary sources for a non-specialist readership. Its magnitude is attested by a nine-page bibliography. Given the breadth and depth of material consulted, errors (in this reviewer’s fields, at least) were few and minor.

At times the work suffers from the formidable weight of historical detail that it encompasses. There are occasions where condensing complex events and multiple players creates sentences that are rather too opaque, unless you’re already well-versed in that history. Places, people or processes can sometimes flash by, for the first and last time, unexplained.

This is less criticism than acknowledgement of the dilemma of treating an intricate subject encompassing so very many cultures, eras and episodes in a single volume – as best I know, for the first time. You could push the book out by an extra hundred or two pages – but then, good luck finding a publisher. Or do you simplify the story by sacrificing some of the richness and texture of complex events and processes? Any reader finding themselves a bit lost in the detail might return to the contents list, which has been well constructed with snappy chapter titles and a clever 30-word synopsis for each. This can usefully be returned to as a summary or a road map.

The attractive illustrations in both colour and mono have been very well selected for variety and quality, with many outstanding works of art, artefacts or historical sources. It might have been helpful to reference them more in the text, however, to make their relevance clearer to readers unfamiliar with the subject.

This hardcover book is handsomely produced with a beautiful dust jacket showing fine Nusantarian galleys in the Moluccas, recorded during the Louis de Freycinet expedition of 1817–20. It’s a volume that offers readers a deeper understanding of the vibrant maritime peoples and events that unfolded literally on Australia’s tropical northern doorstep, to better appreciate the complex development of the human, political and economic region that we inhabit. Image 4: View of the Corocores of the Island of Guebe, from the Island of Pisang, Alphonse Pellion 1825, from Voyage Autour du Monde sur les Corvettes… L’Uranie et Physicienne 1817-20 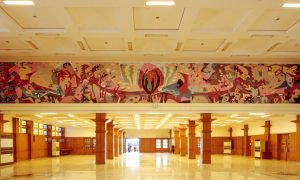 Retronesia: The Years of Building Dangerously