Resilience and young M’ranao evacuees at times of pandemic

Together with fellow researchers from Mindanao State University-Iligan Institute of Technology (Iligan City, The Philippines), we initiated research in February 2020 about the situation and mental health of youth who were evacuated from Marawi during the 2017 siege. At that time, the COVID-19 outbreak in China had been reported but had not yet arrived in the Philippines. Thus, our initial focus was to determine their situation as evacuees who have been in evacuation centres for almost three years. But as our research progressed, the COVID-19 pandemic also hit the Philippines, including the Mindanao regions. Mobility restrictions were put in place, including in areas where the evacuation centres are situated.

For many, mobility restrictions disrupted our normal lives. Businesses were closed, job opportunities were lost, conferences were cancelled, and research fieldworks turned online. It thus created a “new normal” for many. But what does the new normal look like for the evacuees who were already immobilised years prior to the pandemic? How were evacuees affected by the pandemic-driven “shock”? We interviewed 13 young M’ranaos (one of the 13 Islamised indigenous Moro tribes) who are currently staying in an evacuation centre in Saguiran, Lanao del Norte. Here we share three of our key findings.

First, the concept of the “new normal” that emerged during the pandemic is not really new for the evacuees. For instance, mobility protocols—such as requiring authorisation to travel and presence of militarised security checkpoints—are already part of the evacuees’ lives even in 2017 at the height of the siege. When these protocols were implemented across the country as part of the pandemic-induced new normal, they were not novel for the M’ranao evacuees. Even prior to the pandemic, they were already immobilised and utilising the scarce opportunities available to them. For example, some M’ranao youths we interviewed shared how they resorted into helping their parents in making local delicacies such as palapa. As one participant said:

My mother is a teacher, yet she stopped because she is no longer receiving her salary, and so she started a small store in front of our house to support our daily expenses. Today, we rely on my sister who volunteered at the City Hall to support our family.

When these movement restrictions were put in place, the only new thing about them was mandatory use of face masks. Even prior to the siege in 2017, they had developed a survival mindset, due to the century-old conflict in Mindanao. They also learned strategies of survival from the stories of their parents and grandparents who survived the armed conflict in their lifetime. This intergenerational resilience created a survival culture among the M’ranaos that are transferred across generations. 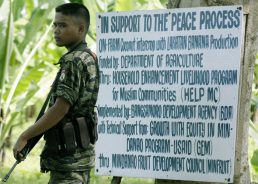 The value of post-conflict inclusion of youth

How do young people contribute to addressing injustices and advancing agendas of peace?

In the Visayan-speaking regions of Mindanao, the term “naanad” denotes the ability of “being used to” a shock and therefore, developing the ability to adapt to it. Does naanad mean that M’ranaos are no longer hurt? Does it mean being content with the shocks confronting them, and those in their elders’ lifetime? To answer the question above, the second point we yield from our research is the concept of resilience thinking.

For young M’ranaos, the pandemic and life in the evacuation centre are a double shock. In addition, they carry intergenerational shocks from their elders sharing memories of violent conflict. Being confronted with double and intergenerational shocks does not necessarily mean that young Moros are no longer hurt every time they experience new shocks. Rather, being used to shocks mean that they have already developed mechanisms to creatively adapt. As one participant said, “the more we experience it, the more we learn the realities of life.”

The doubling of shocks has also crystallised the young M’ranaos spirituality. One participant conveyed how his faith influenced him:

You just have to think about how to start again…(and) just trust Allah (SWT) even if our faith is being tested. Know that there is a big reward more than what we have thought of. We always think that there is no problem that is not solved. We must be strong as we face our problems, Inshaa Allah! We shall overcome it.

If stories of shock are transferred to younger generations, so is the narrative of resilience that their elders pass down. The power of stories to contribute to resilience thinking has been explored in scholarly studies such as Fraile-Marcos and Noguerol (2019) and Cohen, Meek, and Lieberman (2010). Learning from stories of resilience from their elders contributes to the making of young M’ranaos’ resilience thinking. In this case, collective memory became a fertile ground for the younger generation to cultivate their own resilience. The M’ranaos, as well as other Moro tribes, have a strong oral tradition. Remembering and sharing the stories of their struggles, sacrifices, and victories is a common practice especially during social gatherings. Elders share their stories and supplement them with the stories that they learned from their ancestors. Stories are accumulated and passed transgenerationally. In fact, the current research of one of the authors found that it is with these stories—oral, artistic, and written—that the Moros’ struggle for self-determination is sustained.

The third point is the availability of a support system as a resilience cultivator. For the young M’ranaos, their families and tribal community are one of their support systems. As one participant said:

Sometimes my uncle and aunt send us money and it is a big help. Also, my mother makes a way for our daily expenses. I stopped studying and I lose hope, yet I still believe that even if we face a serious problem, let us continue our dreams and let us not despair. What happened in Marawi was difficult…yet (we) have learned a lot.

M’ranaos are family oriented; it is considered unethical for the M’ranaos (as well as the Moros as a whole) not to help a tribemate especially at times of difficulty. Even before the pandemic, such familial support systems had been tested by previous shocks, including the 2017 siege. Young M’ranaos also find support from their peers and friends in the evacuation centres. Support from government and non-governmental organisations also helps. This was especially so during the transitionary period when the evacuees were transferred from their homes to the evacuation centres with minimal personal belongings. As one participant recalled:

We were brought to Saguiran through a big vehicle. On the day we left Marawi, we only bring a handful of personal belongings because we thought the war would only last for few days, like in the past. We never thought we would live in the evacuation centres now for four years. We received relief goods and financial assistance from the government and non-government organisations.

In scholarly literature, resilience is conceptualised as both the ability to be strong and adaptive to shock. But it is important to note that resilience can also be depleted. As of the present moment, evacuees are still waiting for a governmental notice to allow return to their homes in Marawi City while rehabilitation work is ongoing. While such a notice is pending, their lives will remain in the evacuation centres. While it is worthwhile celebrating people’s resilience, it is also important to be mindful of the depleting tendency of resilience thinking. When resilience depletion occurs, how do agency and structure responds? It is thus an invitation to future studies and policymakers to consider depletion in future areas of enquiry. 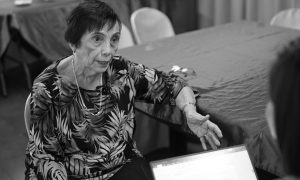 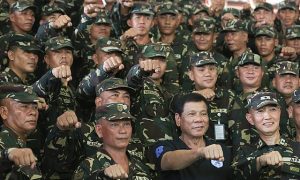 As the COVID-19 pandemic intersects with Duterte’s murderous plague, Filipinos are faced with clear lessons that can be brought to bear in the next election.