An update from the author since publishing: “On 16 October, Myanmar’s Union Election Commission (UEC) announced the cancellation of the upcoming national elections in conflict-affected areas of the country, including nine entire townships and some areas of four other townships in Rakhine State (that is, 13 out of 17 townships have been affected.) 1.2 million out of 1.6 million registered voters in Rakhine have lost their voting rights due to the decision to cancel the polls, according to the secretary of the Rakhine Election Commission. The state will lose a quarter of its of seats in both the union and state parliaments, seats which will now remain vacant, he said.”

Myanmar’s second national election since its transition from military rule, scheduled for 8 November 2020, is critical for the young democracy. In Rakhine state, an inclusive and fair election matters for preventing any further alienation among a people already beset with deep doubts about the power of electoral politics to enact meaningful change.

Unfortunately, ongoing armed conflict between the Arakan Army (AA) and the Myanmar military severely diminishes the prospects of people in Rakhine fully exercising their right to vote. The fighting, among the most intense and violent in a country beset by unrest, has displaced some 200,000 people and killed thousands. The situation has not been helped by a second wave of coronavirus outbreaks. 24 political parties have called for a delay in polling but the Union Election Commission (UEC) is proceeding as scheduled, a decision supported by the ruling National League for Democracy (NLD) party. Indeed, controversial and impartial regulations by the UEC are a third factor threatening the election’s integrity.

Armed conflict has disrupted the voter registration process in many townships. Local activists anticipate that polling may not happen in almost half of Rakhine’s 17 townships due to active armed conflict. “People here are in a daily struggle for their lives and can’t think about an election happening tomorrow”, said Khin Hla, the director of the Yaung Chi Thit Organisation, which works on voter education. As people flee from deadly combat and burning houses, many lack the legal documents such as national identity cards required for registration and voting. The majority of displaced persons are women. It is also difficult to make accurate voter lists in the face of abandoned villages, the absence of many village tract administrators and other officials, and people scattered across camps or in movement. Flawed voter lists risk disenfranchising eligible voters and jeopardising the legitimacy of a poll’s results.

Meanwhile coronavirus lockdown measures mean that many voters will be unable to make a meaningfully informed decision at the ballot box. With physical campaigning on the downturn amid social distancing, technology is indispensable for accessing information about parties and candidates. Yet many areas in Rakhine state suffer from government-enforced internet blackouts. Uncertainty over whether polls are happening is especially deep in the more than 150 camps for internally displaced people across Rakhine. While many displaced people do not plan to vote, others wait in limbo for the UEC’s decision over whether and which constituencies will have polling cancelled. The State Election Sub-Commission has so far only displayed voter lists at some camps. The arrangements for displaced people are also unclear—people staying in camps far away from the villages where they are registered face long journeys through military checkpoints.

A vote against the ballot

While over 200,000 voters in Rakhine are eligible to cast a ballot for the first time this election, guaranteeing access to polling stations is only half the struggle. People are neither excited nor hopeful about the election. Many people feel national politics has failed them and do not feel motivated to vote. The government has done little to stop the fighting in Rakhine, even amid the pandemic, with the state excluded from a unilateral ceasefire declared by the military to support the national COVID-19 response. Even in 2015, the state saw below-average voter numbers, with hundreds of thousands of Rohingya Muslims disenfranchised that year by the state’s decision to revoke temporary identification documents.

Disappointment traces back to the 2015 election, in which the Arakan National Party (ANP) won a majority in the state legislative assembly, as well as 22 seats in the national parliament. The ANP’s election performance was considered the only significant success by an ethnic movement at the polls. Yet the victory was undermined by the appointment of an NLD member as the Chief Minister of the state and the national government’s subsequent lack of engagement with Rakhine political leaders. Resentment was fuelled further by events such as the imprisonment of a former ANP chair (then an MP) for high treason after he accused the NLD government of treating Rakhine people like “slaves”, as well as the exclusion of the AA from both the national ceasefire and the recent Panglong peace conference.

Cancelling polling in Rakhine constituencies this year will only aggravate political grievances if this leads to vacant seats in the state parliament or elected leaders unsupported by a majority of voters. The cancellation of elections in conflict areas would be a particular blow for Rakhine parties who traditionally dominate the centre and north of the state, while the NLD’s popularity is concentrated in the south. This would reduce the representation of voices from conflict zones while increasing the NLD’s presence in the state legislature.

Amid the disillusionment, the AA has become an appealing alternative to the failed political process. The AA’s popularity is rising in many Rakhine communities, as is its perceived legitimacy as the representative of the Rakhine people. The AA is particularly attractive to young voters, many who see joining the AA or leaving the country as the only viable choices in the face of repression, such as the arrest of student protestors critical of the military. The AA has a relatively young leadership and has recruited many junior members, including women.

“Many people, particularly young people, think it won’t make any difference if they vote. Rakhine’s worsening situation makes youth sympathise with the AA’s armed struggle and shift their hopes onto the fighters,” said Khaing Kaung San, a member of the Arakan Election Monitoring and Observation Consortium. Government inaction to ensure access to polling stations risks reinforcing these deeply rooted sentiments of exclusion, encouraging the Rakhine people to turn their backs away from democratic processes towards a course of violence.

Women voters in Rakhine are doubly impacted by the effects of the armed conflict and pandemic. This is becase physical campaigning is especially important to the political education of women in Myanmar. While more than half of Myanmar citizens access political information and news through their phones, women are 29 percent less likely to own a mobile phone and access the internet. Rakhine’s literacy rate is lower than the national average and women are even less likely to know how to read. All of this means many lack access to the UEC’s online voter education resources, including a mobile application which provides information on contesting candidates, electoral procedures and guidelines on how to vote, news and announcements, as well as answers to frequently asked questions on matters such as voter lists. Many women do not feel politically informed enough on how and who to vote for.

Prevailing social norms around men as Ein Htaung Oo Si (heads of the house who make key decisions for the family and in the community) already contribute to women’s low political participation and representation. On top of cultural expectations that women’s roles remain confined to domestic settings, their care burdens have been doubled by Rakhine’s recent second wave of coronavirus cases, as I document in this New Mandala article. Household responsibilities may affect women’s abilities to wait in long queues at polling stations, with virus protection measures such as social distancing set to increase the time cost of voting. Pregnant, elderly and disabled women will be especially absent, given the dangers of travelling in a conflict zone.

“Women’s lives are so occupied with insecurity from the armed conflict and economic hardship. It is obvious that the election is not a priority for them as they doubt the polls will lead to positive change”, said Saw San Nyreim Thu, the chair of the Rakhine Women’s Initiative Organisation. She reports that many women are not planning to vote in this election, with anxiety and a distressing loss of hope particularly felt among the poor, vendors, displaced women and rural women. The intensity of conflict discourages women from travelling to polling stations, she says. They fear violence erupting again or feel unsafe walking long distances to polling stations.

Towards a safe election

Creating an enabling environment for people in Rakhine to practice their right to vote must become a central objective of the government. The most urgent tasks are encouraging people to vote and ensuring access to polling stations. The most meaningful action the government can undertake is extending the military’s temporary ceasefire with ethnic armed organisations to include the AA. The AA, in alliance with two other ethnic armed groups, has extended its unilateral ceasefire until 9 November, citing the election as one reason. But the fighting will persist until there is a commitment to a peaceful election period between the government, the military and the AA. 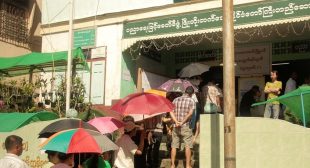 In 2020 the role of the Union Election Commission and election monitoring seems increasingly politicised.

Responsibility also rests with the UEC to clear up confusion over voting procedures. While the UEC posted final voter lists online in early October, these are inaccessible in areas affected by the internet blackout, while some are ignorant of the importance of voter lists altogether. The UEC recently announced advance voting will be made available for people aged 60 years and over, but no clear procedure has been laid out for those living in IDP camps or conflict zones. The UEC should also announce the sanitation and distancing measures it will enforce to keep voters safe, as the government’s ‘stay at home’ messaging has understandably made people cautious of public crowds. Accessibility measures that address Rakhine’s conflict context are also needed, such as polling stations in camps and organised transportation to enable displaced persons to cast a vote.

Another area of work for the UEC is trust-building to uphold the legitimacy of the election’s result. Accusations of impartiality have surrounded recent decisions by the UEC, such as the replacement of experienced staff with individuals seen as close to the NLD. The UEC’s move to combine two constituencies in northern Rakhine and its initial decision to exclude a major local election observer group have further contributed to concern over the election’s credibility. Political parties and activists also raised concerns over freedom of expression after the censorship of a number of campaign speeches aired on state channels, including by the three Rakhine parties, for their comments on issues such as children’s rights and poverty and for words including ‘civil war’ and ‘federalism’.

Myanmar’s election this year is marked by positive developments such as new levels of party competition, with participation by more than 90 parties. However, the inclusion and access of voters in Rakhine state remains a formidable challenge. Without active measures from the government to ensure voters can reach polling stations in the conflict-affected state, the integrity and legitimacy of the 2020 election will be in dispute. As the AA’s armed struggle appears increasingly attractive to young and first-time voters, Myanmar’s democracy cannot afford the appearance of another false promise. 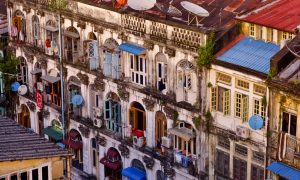