The neglected promise of Marawi Rehabilitation

“Marawi will rise as a prosperous city again”. This was President Rodrigo Duterte’s promise to the families who continue to suffer the cost of the Marawi siege.

Exactly two years ago, ISIS-inspired militants took over the Islamic City of Marawi in Southern Philippines. The outcome of five months of air strikes and ground combat is a city reduced to rubble, forcing hundreds of thousands of residents to leave the homes and lives they built.

There are many problems that go with displacement. Marawi residents’ dissatisfaction with post-conflict rehabilitation is widely documented. I have witnessed this first hand, as I started visiting evacuees (bakwit) last December. I heard stories of trauma and survival, of mothers feeling insecure about the future of their young children and fathers trying to find ways to earn a living without being a burden to others.

Underlying these stories is a sense of neglect. They heard many promises, but experienced little relief.

Chief among their complaints is the lack of access to the battle area where their homes once stood. In March last year, Marawi residents organised a peace rally to enter the warzone and gain first hand information about the status of reconstruction.

Information on reconstruction remains scarce. Some rely on Facebook to monitor photos uploaded by journalists and personal contacts. Others get updates in group chats, hoping that someone knows someone who can provide credible information about whether clearing operations have started.

And so last year, the bakwits took it upon themselves to find out what exactly was going on. They marched to the warzone and insisted on seeing their homes.

They were, however, blocked by military forces.

“We really forced our way [to Marawi]”, said Salima, a young mother of two who was part of the peace rally. “It was impossible. Unless you were willing to be violent with the soldiers”.

Sittie, a community leader I met in Marawi, shared a similar experience. “Dead or alive, we will enter [Marawi]”, she told me. She insisted on defending her home from land grabbers, for she heard rumours of luxury hotels being built on the seaside where generations of her family grew up.

Access to the main battle area, however, is just one issue. The process of reconstruction is also marred with issues of representation. Some voices are heard more than others. “If you don’t have money, you don’t have a voice”, as Sittie puts it. Indeed, I have met several respondents who, at first, hesitated to talk to me about their grievances. They were worried that if they talk negatively of the rehabilitation, they will be excluded from the list of beneficiaries from relief operations.

This poses a disheartening picture of Marawi’s rehabilitation. The people who built the city are now its outcasts. The lack of coordination, respect and consultation renders them voiceless, as if their opinions do not matter. “Of course, we’re from ground zero, so the way they see us is also zero’”, as an elderly imam puts it.

When will the residents of Marawi come home? According to Task Force Bangon Marawi, they can return by September 2019. But the families I spoke to are doubtful. Time and again, they have heard authorities promise them job security and food assistance, but none of these promises were met.

“We will only believe it when we are actually back there”, said Nayah, a mother of four.

This is a photo I took of a damaged mosque when I first visited ground zero last 21 December 2018. Two years since the siege, the city is still in ruins. The debris is yet to be cleared, the devastated buildings are yet to be demolished, and road widening projects are yet to begin. For its evacuated citizens, a rehabilitated Marawi remains a fantasy.

For people from the southernmost region of the Philippines, government neglect may not be new.

The delays in the Marawi rehabilitation is part of a longer tale in the centuries-long worth of accounts of marginalization in the country’s southernmost island.

There was a time when the people of Marawi thought things could be different. In 2016, a Mindanaoan mayor from Davao City promised to end the suffering of his people when he became President.

The firmest manifestation of this commitment was his support for the passage of  the Bangsamoro Organic Law which provides the new Bangsamoro Autonomous Region in Muslim Mindanao greater financial and political autonomy. For bakwits, autonomy may mean a more responsive government to their needs. It also means greater leverage for funds to be spent the way they need it. It means more voices from the south will be heard, instead of Imperial Manila taking control.

This, however, is still another promise. If past experience holds predictive value, we have reason to be skeptical about Marawi’s future.

More on the Philippines at New Mandala 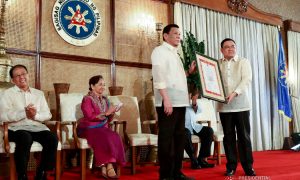 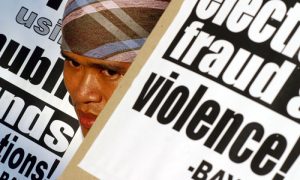 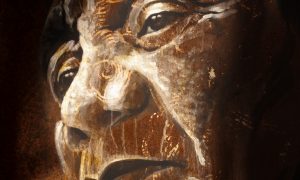