Over the course of the past few months, the Constitutional Court of Thailand made the unusual move of summoning two critics who publically disagreed with its handling of cases related to the pro-democracy Future Forward Party. For the past decade, although the Constitutional Court’s pro-regime rulings have embroiled it in controversy after controversy, it passively endured criticism without making excuses or defending its decisions. Never had it taken the offensive. Thailand may be witnessing another surge of judicial activism, whereby conservative political factions uses judicial power to crush their foes, and this time the Court appears less tolerant. What are the implications of the Court’s new tactics?

The Constitutional Court had been dormant since the 2014 coup d’etat. Without a proper constitution, there were few cases to be reviewed, all of which it ruled in favour of the junta (as in, for example, a case concerning the Referendum Act and another regarding the Foreign Minister’s conflict of interest).

The 2019 election flooded the court’s docket with cases, but even the outcomes of these cases were predictable. The Court always upholds the actions of General Prayuth Chan-ocha, the former junta leader and current head of a nominally civilian government, while ruling those of his foes as unconstitutional. For example, the Court approved his exercise of dictatorial power to terminate the memberships of all existing political parties. It also ruled that Prayuth was not a state officer so was eligible to run as a prime ministerial candidate in the election. Meanwhile, the Court dissolved former prime minister Thaksin Shinawatra’s proxy, the Thai Raksa Chart party, for putting forward Princess Ubolratana as a prime ministerial candidate.

But most recently the Court has turned its attention to cases against Future Forward Party. A new comer, Future Forward positions itself as the antagonist of the conservative governing faction led by Phalang Pracharat Party. Its uncompromising stance against military rule appeals to a large number of people but also brings all kinds of harassment, including in judicial forms.

Since 2006, Thai constitutions have prohibited electoral candidates from owning or having shares in media businesses. This prohibition stemmed from the fears of Thaksin’s opponents that he would exploit his significant control over private media to tilt the political playing field. However, it should be noted that the law had been duly ignored. For example, VoiceTV is a pro-democratic channel owned by the Shinawatra family. ASTV, the Nation and TNews are anti-Shinawatra and anti-democratic channels and media conglomerates whose executives have close affiliations with the military junta. They have played an important role in disseminating far-right agendas, including in inciting violence against liberal figures and propagandising the military regime.

The law was only invoked—and in a tenuous manner—when Future Forward Party contested in the 2019 election. One Future Forward candidate was disqualified because he was accused of running a newspaper business. In reality, the candidate owns a printing company. Its official memorandum of association (MOA), which sets out the kind of activities a company might engage in, listed other business types including “radio channel” and “newspaper”. Registering for an expansive list of business types, without actually engaging in them, is extremely common since this allows businesses to expand or change industries without having to amend their MOA. The Ministry of Commerce even issues a standard MOA that covers a number of business types including massage parlour, private hospital and law office.

Thanathorn himself has been accused of running a now-defunct media company. Although he insists he transferred his shares a month prior to the election, sceptics accused him of lying and the Election Commission submitted the case to the Constitutional Court. In retaliation, Future Forward accused 41 MPs from the regime-aligned parties of the same wrongdoing. The government hit back by complaining about other 32 MPs in the opposition.

Amid the bloodbath, only Thanathorn was temporarily suspended from serving as an MP. Phalang Pracharat’s coalition leads the Lower House by only five or six seats so Thanathorn’s suspension helped widen its razor-thin margin. But the discrepancy also led to a barrage of criticism—including from the two dissidents eventually summoned by the Constitutional Court.

Summons for a “private talk”

The first victim was Kowit Wongsurawat, a political science professor from Kasetsart University. Kowit’s Twitter account had drawn several thousand young followers keen to read his reflections on the current regime. But it was his criticisms of the Constitutional Court’s handling of Thanathorn’s case in particular which triggered the summons. When a film director, Yuthlert Sippapak, slammed the Court’s subpoena, he too was summoned.

In both cases, Kowit and Yuthlert issued a public apology to the Court, which then pursued no further legal action. The summons letter to Kowit was rather informal, politely inviting him for a private talk. On the appointment date, he was prohibited from meeting the press and giving an interview. News emerged later than he apologised in order to avoid prosecution. There is little public information on Yuthlert’s case, but the order of events is believed to be similar.

What was the legal basis of the Constitutional Court’s summoning of critics? Both Section 38 of the new Organic Act on Procedures of the Constitutional Court and the Court’s own procedural rules equip it with the new power to prohibit criticisms of its decisions. A violator may face a reprimand, an expulsion from the court room, or a month of imprisonment. Only criticism done in good faith and in a polite manner is exempt—terms so vague they imbue the Court with immense discretion.

The Court’s application of Section 38 makes the summons even more problematic. While contempt of court charges are meant to maintain the order, efficiency, and integrity of a trial, the Court has seemingly expanded this power to encompass silencing critics beyond the courtroom. Were the summons an act of kindness in that the court decided to adopt a non-legal approach? Or were they a mafiosi-style warning? The court’s informal invitations for a “private talk” were similar to the junta’s casual invitations to dissidents for “coffee”—the pretext for cruel “attitude adjustment” (the practice of detaining dissidents at a military camp for interrogation). Physical violence is implied behind the velvet gloves. 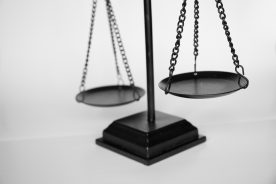 Every individual should be entitled to express their opinion in a sometimes less-than-polite manner. But in reality, no one wishes for a fight with the Constitutional Court. Contempt of court is unique among charges as it is within the Court’s authority to accuse, try, and deliver a verdict to the accused without the opportunity to appeal. The chances of a defendant winning a contempt of court case is small.

Many observers believe we are witnessing the continuation of the phenomenon known as judicial activism. Since 2006, the Constitutional Court, and to a lesser extent the Court of Justice, has repeatedly punished pro-democracy individuals and parties. Like leading opposition parties that came before it, Future Forward is facing several cases that could trigger party dissolution and a ban of its executives from politics. Future Forward’s supporters believe that the Court, and conservatives in general, are waging a war against them for asking for democracy. This suspicion was only confirmed when the Court of Justice charged a columnist with contempt of court for criticising its unrealistic interpretation of the media law and the abovementioned case. Sarinee Achavanuntakul issued a public apology too and the court showed leniency by dropping the charge.

Together, these cases will have a chilling effect on critics of the courts. The message is clear: the judiciary does not wish to hear dissent or criticism when it comes to the handling of Future Forward Party. It demands silence, particularly over the next few months as the Constitutional Court deliberates the many cases involving Future Forward. But the party’s popularity means that there is the possibility of severe public backlash, especially if Thanathorn is punished but his foes are spared.

It remains to be seen if the Constitutional Court will adopt Section 38 as a main tool in dealing with criticism. The majority of the current bench is due to retire soon, so it is possible that the new group of justices will be more lenient. But that hope is slim. A study suggests that the nomination process is securely under the control of coup sympathisers. The recent cases simply warn Thais that another morsel of their freedom of expression is disappearing, now an everyday fact of life under the regime. 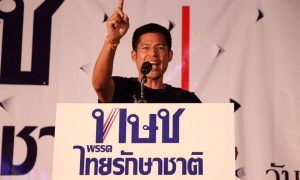