Photo by Fotis Fotopoulos on Unsplash

What does the US-China AI rivalry mean for Southeast Asia?

Artificial intelligence (AI) development has become a race among nations, with the winners expected to wield significant power in defining and dominating the future economically and geopolitically. In this competition, the US and China are the front-runners, with both countries drawing from their strengths: the US has cutting-edge hardware, research, and talent, while China has a massive trove of AI-ready data to fuel technological development, and a strong political will to succeed.

Their dominance in the tech sector undoubtedly has strategic implications for Southeast Asia, which predominantly relies on importing and using AI technology from those two countries. What are the implications of choosing the technology of one country over the other? Will Southeast Asian countries face problems related to digital colonisation and national sovereignty?

Some scholars have described Southeast Asia as a testing ground and a gateway for China’s expansion as a world superpower. Indeed, China is increasingly regarded by as the most influential economic power in the region and, to a lesser extent, the most influential politically and strategically.

China’s Belt and Road Initiative (BRI), a trillion-dollar international infrastructural program spanning nearly 140 countries, is part of its plan to spread its global influence. An important part of the BRI is its reach into the digital space through the Digital Silk Road (DSR). The DSR’s key components—such as 5G technologies, massive data centres, investment in AI and satellite navigation systems—have major implications for data privacy, national security, and the global governance of cyberspace. have expressed concerns over cyber espionage and cybersecurity, as the Chinese government would have the ability to access, analyse, and exploit in real-time the large data sets of BRI recipient countries. Additionally, think tanks and scholars have warned of China “exporting authoritarianism,” “exporting political illiberalism,” or pushing “authoritarian capitalism” globally through the distribution and use of Chinese technologies.

Discussions on the geopolitical risks of China achieving global dominance in AI paint the power struggle between the US and China as a showdown between liberal democracy and digital authoritarianism. However, while the US is often considered the more benign force, the same worries about state overreach in the case of China should apply and overlap significantly in the case of US dominance.

The 2013 revelations of Edward Snowden, former contractor to US intelligence agencies, laid bare the impressive breadth and depth of the US’ global surveillance capabilities and cyber espionage practices. A particularly powerful example is the PRISM program, which enables the routine mass collection of data from major big tech companies. But while these revelations shook the world, privacy concerns regarding AI-enabled automated mass surveillance remain unaddressed.

In the discourse on the geopolitics of AI, some scholars have taken the theoretical lens of digital or data colonisation to analyse the position of the Global South, listing the ways in which algorithms can be used to oppress, exploit, and dispossess vulnerable populations.

However, experts and academics in the AI field interviewed for EngageMedia’s recent study on AI governance in Southeast Asia pointed out that focusing on national sovereignty distracts us from seeing the matter holistically as a complex interplay of state and market forces working together and against each other.

While the respondents acknowledged that data predominantly flows towards China and the US, and that the region’s dependency on technologies coming from the two AI superpowers may disadvantage Southeast Asian nations, some experts said that the exploitation of data would occur with or without the involvement of foreign companies. They noted that since Southeast Asia’s data protection regulations are either weak or non-existent, similar harms from misusing data collection would arise anyway with local players.

It is therefore more important to focus on a strong regulatory and policy foundation locally so that data protection and technology usage do not merely rely on the ethics or goodwill of the owners of the technologies – regardless of their origin.

It is also important to recognise that Southeast Asian countries have the agency to choose the technologies that they use and to negotiate for favourable terms. Some respondents in the study referred to this when asked about the implications of the US-China tech rivalry; their position was that Southeast Asian states would decide what is best for their countries, whether in terms of price, functionality, or from a strategic point of view. 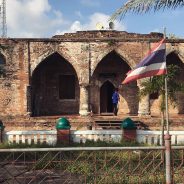 For example, a case study on Alibaba’s activities in Malaysia (including a Digital Free Trade Zone and Alibaba’s City Brain smart cities program) argues that Malaysia derives real economic and infrastructural benefits from working with Alibaba—geopolitical or privacy concerns notwithstanding. The study concluded that other countries “desperately need to improve the quality of their game in Southeast Asia”, and that “railing against Chinese government-dominated initiatives and the DSR is not an adequate strategy”.

A study from ISEAS on 5G adoption in the region shows countries in Southeast Asia display different levels of trust towards China (with Laos and Cambodia having the highest preference for Chinese providers, versus the Philippines, Vietnam and Singapore with the lowest). While trust towards China was higher in 2019, telecommunications providers in the region appear to have diversified their vendor selection in 2020, following US restrictions on Chinese technologies. At the moment, Nokia (Finland) and Ericsson (Sweden), alongside Huawei and ZTE (both China) are the biggest players in the 5G landscape in Southeast Asia, with US companies (Altiostar, Cisco, and Qualcomm) having no significant presence.

In the short term, rivalry between the US and China in the region may offer Southeast Asian countries the leverage to negotiate better terms than they would otherwise have and provide more choices to balance their own interests. However, in the longer term, the bifurcation of Chinese and American technologies, standards and norms leads to the decline of multilateralism. This can create disadvantages for weaker countries, as they may not have the negotiating power or enforcement capabilities of a bloc. Additionally, international efforts of developing common norms, trickling down to local laws, may be derailed.

Southeast Asian nations must find ways to identify and address some of the inherent weaknesses and challenges that undermine their capacity to plan for and support the adoption of AI technologies. This will enable them to reap the benefits of AI on their own terms and find their place in the AI ecosystem dominated by the two superpowers. 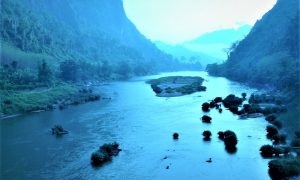 Going under? Belt and Road megaprojects and sovereign debt in Laos

Financial ruptures have flowed on from an aggressive dam-building spree in Laos. 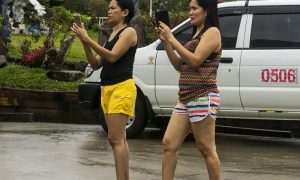 In advocacy that makes use of digital evidence, there are more ordinary citizens, including in places that are harder to reach, who are enabled to participate in the production and dissemination of evidence. 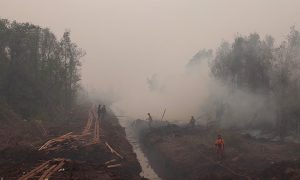