Premodern Javanese wrote down their history. For at least one and a half millennia, they produced written records to serve as sources of historical knowledge. The earliest history of the island is difficult to trace, because so few written texts have survived for more than a few centuries in its tropical climate. The perishability of written documents in island Southeast Asia is a crucial factor in the development of its history, as Alex West recently discussed. Here I examine the practices of writing in Java and nearby societies, with a particular emphasis on material aspects and consequences for the development of Javanese history.

Focussing on the materials on which texts were written means paying attention to whether a text was written on stone, metal, palm leaves, paper, wood, or other materials. The oldest surviving Javanese texts, from the mid-1st millennium CE, are all written on non-organic materials: stone, clay, terracotta, and various kinds of metal. No texts on organic materials such as paper, papyrus, or palm leaf survive from this time. This differs significantly from the situation in other literate parts of the world, such as China, Central Asia, northeast Africa, the Middle East, and Europe, where texts on organic materials have survived from the early centuries CE or even BCE.

We have every reason to think that organic materials were used for writing in Java at the same time as, or earlier than, the surviving texts on stone and metal. But it is very difficult to know what those organic materials were. We assume that the writing materials known in the early modern period (from the 16th century onwards) had been used for many centuries beforehand. Chief among these in Java are the leaves of two types of palm tree (called lontar and gebang), and paper-like sheets made of tree bark (dluwang). But the explicit textual evidence for this is sparse, somewhat contradictory, and raises questions about our assumption that we can extrapolate backwards from early modern practices.

Literary sources offer some information about premodern writing materials. Old Javanese epic poetry between the 12th and 15th centuries presents a conventional image of the poet who writes on a karas using a tanah. These terms are hard to interpret. Karas may be a stiff board, while tanah may be a sort of pencil, but scholars are not sure. In other contexts, the poems describe lovers engraving short verses on the petals of pandanus flowers and scratching them onto wooden lintels of pavilions. We do not know how realistic these depictions are. No surviving physical examples of karas or tanah correspond exactly to how they are described in the poems.

Several East Javanese inscriptions between the 11th and 13th centuries use another term, ripta, to refer to an organic writing material. The meaning of this word is hard to pin down.  The legal documents are said to have been copied onto stone and metal, in order to preserve their contents when the ripta became rotten. Ripta therefore seems to be organic, but it might refer either to organic materials in general or to a specific type. The word appears to be derived from the Sanskrit adjective ripta ‘smeared’, but it seems never to have been used in South Asia in reference to writing. The origin and meaning of this crucial Javanese word are still a mystery.

Javanese temple reliefs contain a few visual depictions of written texts. Images from Borobudur (built over several decades around 800 CE) seem to show a rigid object much wider than tall, apparently crisscrossed with string. When individual sheets are held in the hand, they bend under gravity. It is hard to infer too much from visual representations, but as far as can be discerned, these characteristics are consistent with palm leaf, rather than with bark paper, bamboo, or other kinds of organic material.

Even so, we should be cautious about assuming that palm leaf (particularly the lontar-type of palm) was necessarily the only type of organic writing support used. The word lontar itself, metathesis of Javanese ron tal (‘palm leaf’) appears in texts only from the 16th century onwards. Descriptions of East Javanese writing practices by foreign visitors are consistent with modern practices: incising dried lontar leaves (Borassus flabellifer) with a sharp metal knife and then rubbing ink into the grooves. These visitors included the Chinese interpreter Ma Huan (writing in 1433), who accompanied Zheng He’s famous voyages to Southeast Asia and the Indian Ocean. In 1597, the Dutch sailor Willem Lodewijkszoon referred to the use of palm leaves for writing by their Javanese name, which he spelled lantor.

But lontar was not the only support used. A 16th-century text from West Java called Śāsana Mahāguru mentions not only lontar palm but also gebang palm (Coryphyra utan) as a writing support. Gebang leaves were generally painted on with a brush or pen, rather than being incised with a knife like lontar leaves. There is also evidence of bark paper (dluwang) being used as a writing material at an early time. A central Sumatran bark-paper manuscript, containing a late Old Malay legal code, has been chemically dated to the late 14th or early 15th century. This is the oldest securely dated manuscript from island Southeast Asia. These examples show that not only lontar palm, but also gebang palm and dluwang bark paper were used in the 15th century, and possibly earlier too.

Naturally, this means that much less material survives from very early periods. And the Javanese texts that did survive over many centuries are usually prestigious texts and those with general appeal, such as religious texts and epic narratives. No Javanese archival documents dating from before 1500 survive in organic material form. But the survival of stone and metal records implies that archives in organic form (ripta) must have once existed too. We see their traces in summary compilations like the 16th-century chronicle Pararaton.

The perishability of organic manuscripts in Java is something we have to live with. But it was also something premodern Javanese had to live with. Crucially, it meant that Javanese historians back then did not have many primary sources to draw on. When writing about, say, the 8th-century origins of the Mataram kingdom, premodern Javanese historians could not simply go and examine original documents from that period, in the same way that we can still today examine the Domesday book, a vast record of much of the English countryside completed in 1086.

Compared to many other Eurasian manuscript cultures, Southeast Asian manuscript cultures are much less copious. More was lost and what has survived is more recent. In Java major cultural and political disruptions in the 16th century, with the displacement of Hindu-Buddhist authority by Islamic kingdoms and significant changes in language, script, and literature, magnified the extent of loss. The physical destruction of manuscripts had a profound influence on how historical practice developed in Java. 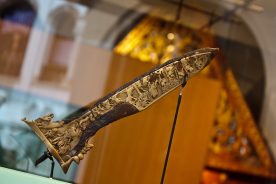 Medieval artefacts and manuscripts are explored by Alex West to give insight on the deep past of Southeast Asia.

In a society where primary sources are not easily at hand, other methods must be used to preserve historical knowledge. They may vary in reliability, but they are necessary. These methods include the copying and compilation of secondary sources, the oral transmission of knowledge, the building of physical memorials to events, and the incorporation of history into performance repertoires. This means that historical method is not a universal standard that applies everywhere. Rather, it is a set of practices that evolve differently in different contexts. By being sensitive to the role that writing cultures and contexts play in the practice of history, we can gain a more global perspective on the historical traditions of our own and of other societies.

A more in-depth discussion of this topic and related issues can be found in this podcast on ‘The Materiality of History-Writing in Premodern Java’. 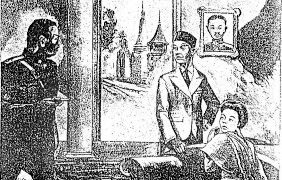 What exactly was the relationship between the real Tan Malaka and his fictional alter ego? 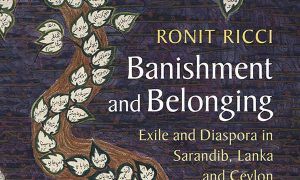 Banishment and Belonging: Exile and Diaspora in Sarandib, Lanka and Ceylon (2019) Was Majapahit really an empire?

A critical reflection on the emergence, dominance and legacy of Java’s historic ‘empire’.