If you’re a medieval historian, you normally work a lot with manuscripts. A manuscript is just a text written by hand, although manuscripts are distinguished from inscriptions by the material on which they are written: a manuscript is normally written on perishable materials — like calfskin in much of Europe, birch bark in Russia and Central Asia, bamboo and paper in East Asia, and palm leaves in India and Southeast Asia — while an inscription is cut into a stone or metal surface. Manuscripts are usually a lot more informative than inscriptions and also a lot more diverse in content and authorship. In Europe and Northeast Asia there are a lot of medieval manuscripts. An image from Royal Armouries manuscript I.33, the oldest armed martial arts treatise in the world. It was written in southern Germany in the early fourteenth century, and is thus older than almost any extant Indo-Malaysian manuscript on any topic. This says a lot about the range of sources historians working in each region can expect to use. Full manuscript can be found here (Wiktenauer).

Manuscripts are often illustrated, giving valuable information about life and times not explicitly recorded in writing. Their pages can be dated chemically, giving reasonably precise dates even to texts without written chronograms — although this isn’t necessary with many texts, as close dates can often be established on the basis of the script. If the script looks like a fourteenth-century script, you’re probably looking at a fourteenth-century text (although there’s more to it than that). There are enough texts to allow for this kind of detailed palaeographic analysis in much of Europe and temperate Asia. All of this should be reasonably obvious and well-known. Here, though, I want to point out that medieval Afro-Eurasia — let’s leave the Americas aside for the purposes of this article — wasn’t a single temperate environment in which both state and private archives hoarded and preserved large numbers of texts written on organic materials. These kinds of sources just aren’t available for much of the world, whether because writing never developed there or because organic materials don’t last long in certain environments. Naturally, these problems are particularly acute in humid tropical climates. 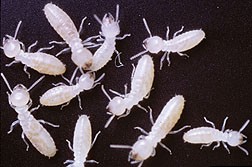 In much of the tropics, insects, heat, and humidity meant that even if texts were written on palm leaves and animal skins, they had to be deliberately preserved or copied perhaps once in a generation in order to make their way down to us today. This wasn’t the case in England or China; a locked wooden box in a parish church or town hall would be sufficient to keep a piece of parchment safe and few special measures needed to be taken. The medieval historical record is thus inherently biased in favour of societies in temperate climes.

The number of genuinely medieval manuscripts from Southeast Asia can be counted on one hand, even though we know from inscriptions that writing has a long history in the region (dating back to the fourth century and possibly earlier). The oldest extant Malay manuscript has been radiocarbon dated to the fourteenth century, even though the oldest Malay inscriptions date to the seventh century and are thus slightly older than the oldest texts in English. We are consequently reliant on inscriptions for the reconstruction of much of medieval Indo-Malaysian history and society, and on much later (definitively post-medieval) manuscripts for the study of Southeast Asian literature. This gives a particular spin to historical events and restricts what can be studied through traditional philological methods. This presents scholars of the medieval Old World tropics with a bit of a problem. Historians of medieval Europe can freely parade manuscript illustrations in books and, nowadays, on social networks without any qualms because the illustrations they’re showing off are bona fide medieval images. But you can’t do that if the manuscripts didn’t survive, and there are a lot of issues involved in using later manuscripts to demonstrate earlier art and history. How can a complete picture of the Hemispheric Middle Ages be created and shown to the world when Indonesian and tropical African manuscripts are so late and so poorly represented?

Should scholars of the medieval tropics focus on ‘legitimately’ medieval things — bronzes, inscriptions, reliefs — or should they include later images of supposedly earlier phenomena and risk collapsing the entire history of e.g. Indonesia into one undivided whole? The Kris of Knaud, the oldest keris in the world, in the Tropenmuseum, Amsterdam. It’s now in a different display case, alongside a gold hat from the nineteenth century.

In museums you tend to find the latter approach. In the Tropenmuseum in Amsterdam, the oldest keris in the world (made, or at least inscribed, in 1342 CE) is in the same case as a piece of nineteenth-century Muslim headgear. Colonial-era dress and artworks rub shoulders with tenth-century bronzes and thirteenth-century statues. I find that problematic; you wouldn’t put a medieval English sword and a Regency-era lady’s bonnet in the same display, I shouldn’t think. Europe and Indonesia are thus treated differently: Europe’s history is divided into sections that are studied more or less independently while Asian history, and especially tropical Asian history, is treated as one inseparable whole, divided more by region than by period. This is one reason among many why Southeast Asia may never be integrated into the academic study of the medieval world (let alone the popular imagination about the Middle Ages).

And what about eastern Indonesia and New Guinea? Neither part produced any written literature, as far as we know, before the fifteenth century, and the oldest manuscripts from eastern Indonesia date to the early sixteenth century. New Guinea was part of the medieval world; it was certainly known to people in fourteenth- and fifteenth-century Java and other parts of Indonesia. But what can we show the world to represent this medieval Papuan history? There aren’t any manuscripts. There aren’t even any sculptures or very many bronze objects (although some of the latter are occasionally found). That doesn’t mean New Guinea just vanished from the world in the Middle Ages or that the people there preserved some primordial ‘Stone Age’ lifeways, though, as the popular imagination seems to have it. Drums from several different parts of New Guinea — nineteenth century at the earliest. Photograph in the Rijksmuseum voor Volkenkunde, Leiden.

Art in New Guinea, whether on the coasts or in the highlands, is dominated by wooden sculpture. While plenty of carved wooden objects survive from temperate medieval Eurasia, no examples of the wooden sculpture of medieval New Guinea have come down to us. Can we assume that modern sculpture is representative of earlier tradition?

That seems like a big leap to me. New Guinea isn’t a primeval place unchanged since the dawn of time but rather a place full of creative human beings, a place where fashion and religion operate like they do anywhere else. Showing a Papuan carving made in the twentieth century by a specific artist from a particular ethnic group as if it were representative of a prehistoric or medieval tradition would ultimately be as peculiar as using David Hockney’s oeuvre to showcase medieval English painting. Style always changes. Where truly medieval eastern Indonesian art has survived, as with a few of the lovely textiles preserved as heirlooms in Timor, the motifs are strikingly different from modern ones.

If we want to raise awareness of the tropical world, then, how do we go about it? How can scholars working on Europe get to know island Southeast Asia and the Swahili coast without introducing an orientalist bias that treats the Middle Ages as identical to modern times, or to some arbitrary ‘traditional’ point in the past? It’s a real conundrum. I suspect, though, that the solution is to help expand the traditional medievalist’s view of what constitutes valid evidence about the medieval world — and perhaps to highlight the ways in which the temperate world diverges from the tropics.

Does the absence of a written or artistic or sculptural record exclude a place from consideration as part of the ‘Global Middle Ages’? Yes — if you restrict yourself to the methods and ideas of traditional medieval scholarship. But if the objective is to account for and better understand the world before the Columbian Exchange, methods simply have to be broadened: the triangulation of archaeology, comparative ethnography, historical linguistics, oral history, and ethnohistory has to be brought in to complement traditional philological scholarship. If that isn’t done then our image of the medieval world will always be restricted to what was written down and preserved, and that naturally introduces a bias towards the temperate — and perhaps also to the European, the white, and the colonial.

This article first appeared as a post on the Medieval Indonesia blog, and a version of its argument has appeared in print in Bryan C. Keene (ed.), 2019, Toward a Global Middle Ages, Los Angeles: The J. Paul Getty Museum. 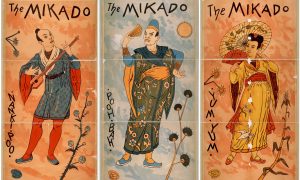 Disappearing Japan: Vajiravudh’s translations of The Mikado and the Thai elite’s admiration of Japan

On what translation can tell us about Thai society and its perspectives on its regional neighbours.