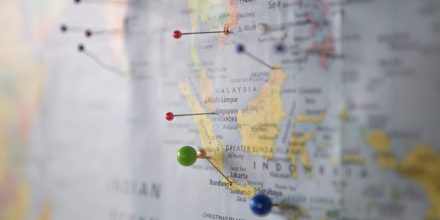 This article is based on seminar titled “Alatas and Autonomous Knowledge” which will be presented in the ANU Malaysia Institute Seminar Series 2021 on Thursday, 30 September, 2021 – 16:00 to 17:10 (AEST). You can register to attend the seminar via the event page.

The formative period of Syed Hussein Alatas’ thought was that of European colonialism, particularly in British Malaya and the Netherlands East Indies. While a post-graduate student at the University of Amsterdam, he wrote what must have been his first piece on the problems of colonialism (“Some Fundamental Problems of Colonialism”, Eastern World, 1956). Here, he divided the problems created by colonialism into three categories. The first was the physical and material problems, involving, for example, agriculture, communication and housing. The second was the problem of organisation, involving issues such as economic relations and industrialisation, political administration and education, social welfare, and so on. The third was the sociological, psychological and moral problems created by colonialism. Alatas believed that this was where colonialism brought about the greatest damage, and it was this that hampered solutions to the first and second problems. Even then, Alatas attached a great deal of importance to the nature of the elite in development, noting that the ruling elite nurtured in the colonial period lacked a well-integrated system of thought, having been unable to synthesise their cultural heritage and Western thought. In his Eastern World text, Alatas also noted the sense of inferiority among the elite.

A feeling of inferiority implicit in their behavior is certainly due to the more general historical and social setting, since it is recognised that if one country is dominated by another for a considerable length of time, a section of the populace feel that their weakness is inherent in their way of life, and regard that of the dominating one as the cause of their superiority and strength. To get rid of this feeling of inequality they adopt the way of imitation. The classification of this group is not based on political concepts. They are to be found amongst those who are progressive or reactionary, for or against immediate independence, the high and the low economic classes, officials and civilians alike.

Alatas is an example of a decolonial scholar, having been born during the colonial period and experienced political independence. He is best know for his The Myth of the Lazy Native, which appeared in 1977, but earlier wrote a critique of colonial ideology and practice in the form of a critical assessment of the political philosophy and conduct of the colonial founder of Singapore, Thomas Stamford Raffles (Thomas Stamford Raffles: Schemer or Reformer, 1971). The logical consequence of his critique of colonial knowledge and the persistence of Eurocentrism in knowledge production in the post-colonial world was the call for autonomous knowledge.

The School of Autonomous Knowledge

In 1979, Alatas had written on the need for an autonomous social science tradition in Asia, by which he meant “the linking of social science research and thinking to specifically Asian problems” (“Towards an Asian Social Science Tradition”, New Quest 17, 1979).  This would require the identification of “criteria of significance distinctive of the region”. He did not mean by this the mere attention to local issues with the appropriate methods. In “The Development of an Autonomous Social Science Tradition in Asia: Problems and Prospects” he discusses the the features of an autonomous tradition: (1) identification and treatment of definite problems; (2) application of specific methods; (3) recognition of definite phenomena; (4) creation of new concepts; and (5) relation to other branches of knowledge.

Elsewhere, Alatas elaborates that an autonomous tradition would emerge only if there was consciousness of the need to be free of domination by a hegemonic external intellectual tradition such as that of a previous colonial power. Alatas had something of a combative spirit. He recognised the combative element in the sciences, which he felt was not sufficiently developed in Asia. He believed in the adversarial role of the social sciences, to oppose imperialism and the captive mind, and to correct the erroneous and fallacious.

About six centuries ago, Ibn Khaldun discovered a new science that he called the science of human society (ilm al-ijtima al-insani). On this he said:

Perhaps some later scholar, aided by the divine gifts of a sound mind and of solid scholarship, will penetrate into these problems in greater detail than we did here. A person who creates a new discipline does not have the task of enumerating all the individual problems connected with it. His task is to specify the subject of the discipline and its various branches and the discussions connected with it. His successors, then, may gradually add more problems, until the discipline is completely presented (The Muqaddimah, trans. Franz Rosenthal, London: Routledge and Kegan Paul, 1958, vol. 3, p. 481).

Alatas cited this passage from Ibn Khaldun, then continued with this plea:

May I convey here, this message from Ibn Khaldun to the International Sociological Association, that in the coming World Congress of Sociology a session be created on the autonomous sociological tradition? This would alert sociologists throughout the world to pool their attention on this extremely vital need for the development of sociology (“The Autonomous, the Universal and the Future of Sociology”).

While this was a call for sociologists to think along the lines of autonomous knowledge, Alatas himself had created such a tradition that began in the field of Malay Studies. The Department of Malay Studies at the National University of Singapore has a tradition of creating alternative discourses to Orientalism and Eurocentrism. The department was founded by Alatas in 1967 and headed by him for almost two decades. During that period, a distinctive approach in sociology and other social sciences emerged and influenced many of the students he trained who had later joined the department as lecturers. Malay Studies, as a systematic field of inquiry in the social sciences, was developed with a distinctive and original approach by Alatas.

The approach emerged, first of all, in his writing. Examples include historical, sociological research on colonial ideology with a focus on the political philosophy of Raffles and the myth of Malay, Javanese and Filipino laziness, his critique of intellectual imperialism.

Some of Alatas’ students wrote along the lines of an autonomous social science tradition. Shaharuddin Maaruf’s re-examination of the concept of the hero in Malay tradition, his critical study of Malay ideas of development, in which he examines the ideological nature of mainstream scholarship’s conception of progressive ideas, and his fresh theories of tradition and modernisation in the Malay world are some examples. Sharifah Maznah Syed Omar’s critical work examining the role of myth in maintaining the interests of the feudal elite is another. A Malay Studies scholar from the third generation, Azhar Ibrahim Alwee, has made many contributions to the critique of Orientalism in the study of the Malay world. Azhar has carefully delineated the main features of Orientalism as found in the study of Malay literature, history and society. Another scholar from Malay Studies in Singapore, Tham Seong Chee, wrote on the problem of intellectual colonisation. 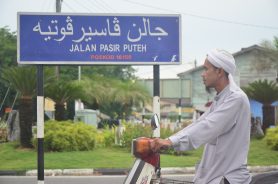 This approach, which was established at the Department of Malay Studies in 1967 at the then University of Singapore, and which can be said to be decolonial, was influenced by Alatas, and informs the writings of the first and second generation of scholars following him. Take, for example, Noor Aisha Abdul Rahman, a student of Alatas and former Head of the Department of Malay Studies. She works in the area of the administration of Muslim law and also has a larger interest in Malay religious orientation. In her approach there is a concern with the colonial image in law, religion, Malay culture and so on. Beyond this, there is a recognition of continuities between the colonial and post-colonial eras, in which certain colonial perspectives about Malays were internalised by Malays themselves, and survived into the period after independence. Also distinctive of the Malay Studies approach is the position that it was not only colonialism that played a role in the construction of regressive orientations of Malays, but also the Malay ruling class, which not only internalised those orientations but benefitted from colonial capitalism and was party to the exploitation of Malays. It is further recognised that the dominant thinking about the Malays and their problems tends to be culturalist, with an essentialist and ahistorical overemphasis on the role and influence of Islam.

John Nery, the Filipino journalist, refers to the “Alatas tradition”,  that is “the lineage of elite Malaysian scholars begun by that towering pioneer, the late Syed Hussein Alatas….”

Although Alatas himself did not speak of a school of thought, his ideas for an autonomous social science tradition have influenced scholars for two generations, and a school can be said to have emerged. Scholars and writers of Indonesia, Malaysia and Singapore including, in addition to the above-mentioned scholars, Chandra Muzaffar, Wan Zawawi Ibrahim, Norshahril Saat, Teo Lee Ken, Mohamed Imran Mohamed Taib, Pradana Boy Zulian and Okky Puspa Madasari, Sharifah Munirah Alatas, Masturah Alatas and myself are all part of this autonomous social science tradition in our various fields and can be said to represent the School of Autonomous Knowledge. Young scholars of the third generation in the Malay world are incorporating this critical tradition in their scholarship as they embark on dissertations and other projects. The School of Autonomous Knowledge is likely the only school of thought in the human sciences to have emerged in the Malay world. 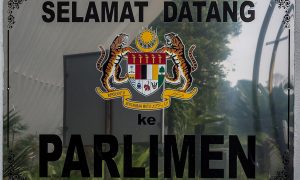 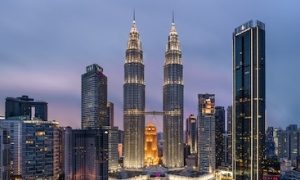 Art, culture, grief and loss in a time of crisis – 2020 Malaysia Update