John Funston is a Visiting Fellow in the Department of Political and Social Change, College of Asia and the Pacific, ANU. He has worked on Southeast Asian politics, particularly Malaysia and Thailand, for over four decade. He spenth 13years in the region at the National University of Malaysia (1972-1976), Brunei University (1986-1989), and the Institute of Southeast Asian Studies, Singapore (1997-2001).

He has published extensively on the region, including: an edited volume on Government and Politics in Southeast Asia (ISEAS, Singapore and Zedbooks, London, 2001) (where he contributed chapters on Malaysia and Thailand); Southern Thailand: The Dynamics of Conflict. (Policy Studies 50. East-West Center, Washington; Institute of Southeast Asian Studies, Singapore, 2008); and Malay Politics in Malaysia: A Study of UMNO and PAS (Heinemann, Kuala Lumpur, 1980). 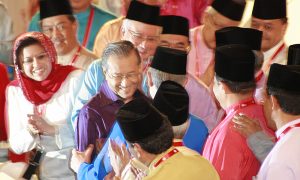 Despite the routing of UMNO at GE14 amid regime change, Malay politicians still dominate the new coalition government.

Malaysia will never replace Indonesia as the main Australian focus in Southeast Asia but there are many critical links which makes Malaysia an important partner. 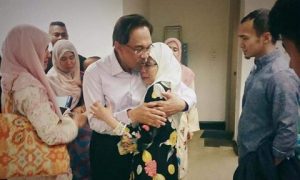