Universal coverage without universal testing: Thailand’s delays in access to testing may be costly

Thailand frequently receives international accolades for its efficient health system and universal health coverage. Much of the strength of Thailand’s health system lies in its prioritization of health promotion and primary health care, which allows it to quickly identify and support people with health problems through community health workers. Even more impressively, Thailand is the only middle-income country to score in the top tier of the Global Health Security Index, which rates countries for their ability to respond to emerging health threats, such as infectious diseases.

Thus, when considering these qualities of the Thai health system, it is even more baffling why Thailand has been reluctant to make testing for COVID-19 widely accessible. Instead, Thailand has opted to only test those who have an “epidemiological risk factor,” such as recent travel abroad to a limited number of countries and symptoms requiring hospitalization. Thus, few can qualify for testing.

This has led to reports of people suspecting they have been infected and not being able to get tested. And, if a patient insists on being tested, the patient must pay the cost out-of-pocket. Prices can be high. Private hospitals are pricing even higher, possibly to discourage patients from seeking treatment there. Altogether, approximately 6,000 people have been tested and received their results as of March 22 (data was later removed from website). At around 100 tests per million population, this puts Thailand at one of the lowest testing rates in the world.

Testing for COVID-19 requires many inputs, including specimen collection supplies, laboratory equipment, personnel, chemical, and personal protective equipment (PPE). Any one of these inputs can be a limiting factor.

Several reasons have been offered for the limited testing in Thailand. Some Thai doctors discourage those with minimal symptoms from testing because they fear a negative result could make people “confident that they are safe from the virus,” leading to increased socialization by these emboldened patients. While it is true that false negatives may spread the disease, the much bigger concern should be undiagnosed spreading. The ability of the virus to spread before serious symptoms exist means people have little reason to stay home unless they know for sure they are infected with the virus. The government and public have blamed young people for irresponsible social behavior for the spread in mid-March, but it is reasonable to assume that if it were easier to get tested, many of those people would have known their status and stayed home.

Another reason given for limited testing is limited capacity. This may be partially true. While Thailand has actively expanded its testing capacity to several thousand specimens per day (at two or three specimens per person), the shortage in necessary reagents (chemicals) has left laboratories unable to meet the demand. With two months advance warning, though, greater efforts could have been made to increase production capacity of the reagents.

Nevertheless, the competing interests of tourism and the economy cannot be discounted. At the beginning of the outbreak, official government policy was to “welcome the Chinese,” despite other countries imposing restrictions. Now that China has reported effective control over the virus domestically, Thai tourism officials say they are preparing for the imminent return of Chinese tourists. The narrative from officials at the Ministry of Public Health and Government House has been that Thailand is not yet experiencing community transmission (what they term “stage 3”). Maintaining this narrative in spite of contradictory evidence can only be justified by a fleeting desire to limit the economic impact of such a declaration.

The goal seems to be less about identifying cases and more about limiting public concern. In a fitting example, a Thai celebrity recently tested positive. Appropriately, he took responsibility and personally publicized his recent travel details, quickly alerting others to his whereabouts. This is an important component of contact tracing. In return, the government threatened to charge him with violating the Computer Crime Act.

The importance of testing cannot be overstated. Social distancing—a term we have grown to know well through this pandemic—is not enough. The WHO has urged all countries to “test every suspected case.” These efforts should be combined with contact tracing and immediate isolation as the “backbone” of the response, the global health authority argues. Studies have shown that early case identification and isolation are more effective than travel restrictions and that early action can substantially reduce the spread of the virus. Experience in Hong Kong, Singapore, South Korea, and Taiwan confirms the research.

Without testing, countries are flying in the dark. While developed countries may be missing detecting one in ten infections, Southeast Asian countries may be detecting only one in 800 or 2000. The effect of missing infections reverberates throughout all aspects of a country’s strategy. Without data, policy is uniformed. Without positive tests, contact tracing cannot be performed. Without knowing their status, individuals are less likely to isolate. Hence, countries in Southeast Asia have been urged to aggressively step up their response. 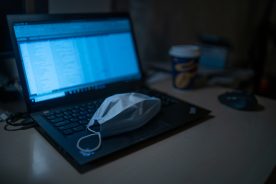 Any delay or hesitation in implementing testing can have irreversible ramifications. It only takes a small number of cases to be imported to a community for an outbreak to become established and more difficult to contain.

Several countries across the world have struggled with the roll-out of testing. In the United States, bungles by the Centers for Disease Control resulted in nearly a month delay in sufficient testing capacity. Australia has faced a shortage of testing supplies. Political squabbles hampered Italy’s testing. The United Kingdom simply decided not to use their tests. We have seen exponential growth in cases and deaths in all of those countries.

On the other hand, countries like South Korea and Iceland have quickly enlisted the private sector and public laboratories to ramp up testing capacity. The impact of the virus in these countries has been more muted.

Despite a lauded health system with universal health coverage and national laboratory system, Thailand’s delays in making testing accessible to the masses and failure to be prepared for community transmission of the virus has left epidemiologists chasing the disease. We’re always one step behind. Testing could have stopped it; but now it may be too late.

On March 22, Thailand passed an important milestone. More than 100 new cases were identified in a single day. Passing this milestone has preceded unfettered exponential growth in other countries. Furthermore, the large number of Persons Under Investigation (PUIs)–currently hospitalized in Thailand due to influenza-like illnesses–likely reflects widespread outbreak of COVID-19 has already taken root. Data in France has demonstrated that the increase in influenza-like illnesses is highly correlated with COVID-19 and likely due to undiagnosed infections.

Soon, the only option will be mass lockdown. We’ve already seen schools closed and one province imposing a “lockdown.” By April, it is likely that all movement of any kind will be severely restricted, as was the case in China and Italy once the situation slipped beyond control. This is akin to the Thai idiom of “riding an elephant to catch a grasshopper.” It will be effective, but it will leave a lot of carnage in its wake. To be more precise in our response, though, we need the data to inform ourselves. We need more testing and we need it now. What do the late King Bhumibol and former Prime Minister Thaksin Shinawatra have in common? They're both alumni of Catholic private schools. 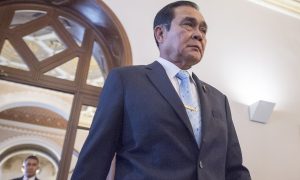