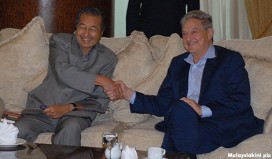 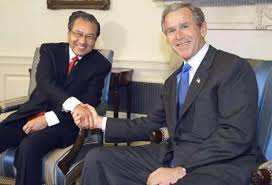 New Mandala readers in the Canberra area maybe interested in this forum which discusses three of the most important components of identity politics in Malaysia – the perpetually controversial 3R of Malaysian politics: race, religion, and royalty.

To discuss the 3R of Malaysian politics, the organisers have brought together an interesting panel.They are:

(1) Tony Pua of the Democratic Action Party (DAP). Tony Pua is a two term Member of Parliament, a graduate from Keble College, Oxford University with a degree in Philosophy, Politics and Economics (PPE). He is also currently a member of the Malaysian Federal Parliament’s Public Accounts Committee.

(2) Dr John Funston, Visiting Fellow, at the Department of Political and Social Change, College of Asia and the Pacific, Australian National University. John Funston is an expert on government and politics of Southeast Asia (with a focus on Malaysia and Thailand), and Asian history. He has been following developments in Malaysia closely since the 1960s; and

(3) Aslam Abdul Jalil, Coordinator, the Malaysian Interest Group (MIG) Canberra. Aslam is a final year student in economics at the Australian National University. He is actively involved in various humanitarian causes, particularly in the Palestinian-Israeli conflict and the refugee issue in Australia.