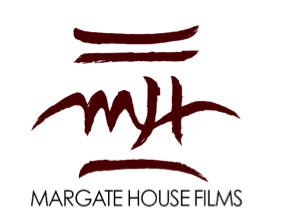 Every vote must be counted, every voice must be heard This piece responds to earlier New Mandala discussion and is published in the interest of giving an opportunity for a public response.

Much has been written by conspiracy theorists and crackpot websites about our work for democracy in Indonesia, where our firm handled media campaigns both for Jokowi’s 2012 victory and Prabowo-Hatta’s 2014 presidential campaign – the results of which have yet to be counted, verified and released. A few academics and journalists have been misled by this wildly inaccurate Internet chatter as they make a case for deciding the election based on so-called “quick counts” (produced by private pollsters on Jokowi’s campaign team).

So let’s set the record straight: We have a clean, long and proud history of working for democracy around the world, from 32 years of service to the world’s first democracy in my home country of the United States … to the West Bank of Palestine after the peace accords in 1999, where we worked with far-sighted visionaries to help plan for a free, independent and democratic Palestinian state… to Mexico’s peaceful revolution in 2000, where we helped President Vicente Fox win the first truly fair, honest, competitive election. Our service helped end 72 years of one-party rule that a Nobel Prize winner once called “the perfect dictatorship.”

The most absurd inaccuracy regarding our past work regards Mexico, where our polls were the most accurate in the entire race, correctly predicting a sweeping 7% margin in a three-way race against a party that had been in government longer than the Communists ran the Soviet Union: A victory hailed by election monitors, the Carter Center, Lech Walesa, Nelson Mandela, President Clinton and reformist NGO’s around the world as a global milestone for clean, honest and fair democracy.

Our primary focus in many victories for democracy in Asia, Latin America and the Caribbean has been clean, positive, issue-focused TV advertising … like the highly successful media campaign we created, wrote, designed, shot and produced for Jokowi’s race for Governor of Jakarta. As has been reported recently by responsible international media, we played exactly the same role in the Prabowo-Hatta campaign as we did for Jokowi: Effective TV ads based on good research.

In our work for Jokowi and Prabowo… and presidents, prime ministers, parties and world leaders on four continents over three decades… we have engaged in no smears and no vote machinations. In fact, after our TV ads were finished airing and voters went to the polls in Indonesia, our work was completed, and I went home to the U.S.. Having served both candidates honorably and well, we wish them both the very best as they serve the people of Indonesia and Jakarta.

For the Prabowo-Hatta ticket, as with Jokowi, our clean, issue-focused TV ads have been cited as a key factor helping both clients to close a gap of 30 points during the last two months of their campaigns … and perhaps to win the presidency. We will find out on July 22 when the real, final vote count is released (not an hour and half after polls closed, when Jokowi’s team and its media allies declared his victory prematurely, based on a tiny fraction of ballot boxes sampled by Jokowi’s pollsters).

To those who declare this election over based on alleged “quick counts” produced by members Jokowi’s campaign team, let us remember these key facts:

Ironically, that is what Al Gore’s team said against former President Bush in 2000. (At least in Florida, neither side suggested that American democracy rely on exit polls or election-day “quick counts” based on less than one-half of one percent). In this election, our firm had the honor to serve both Jokowi and Prabowo-Hatta. On July 22, we hope that some 130 million Indonesian voters who cast their ballots on Election Day will finally get their say. May every ballot count, and may the best man win. Either way, if every vote is counted, Indonesian democracy will be the winner.

Rob Allyn is Chairman of Margate House, which handled TV ads for Jokowi’s 2012 campaign for Governor of Jakarta and the Prabowo-Hatta bid for the Presidency in 2014. He sold his previous media company to Omnicom in 2002.