Farewell from a founder

New Mandala started on 16 June 2006 as an experiment. The site was designed, somewhat ambitiously, to explain social and political changes in Southeast Asia. When Professor Andrew Walker and I made the first posts, we had no idea that, more than 13 years later, the platform would continue to offer its unique blend of anecdote, analysis, and new perspectives.

We imagined that New Mandala would, at best, only ever draw a small group of specialist readers. Our content was supposed to enliven the back-and-forth among academics and analysts, particularly on some of the trickiest topics in mainland Southeast Asia. We focussed on Thai political conflict, the military dictatorship in Myanmar, and the need for informed engagement with other big economic, cultural, and technological questions. Over time, the site expanded its scope to Malaysia, Singapore, Indonesia, the Philippines, and beyond. There was never a masterplan. Just look at the archived versions of the site over the years to see what I mean.

Those who have followed New Mandala’s ups-and-downs will appreciate that it has grown far beyond 2006’s immature incarnation, and we are grateful for the immense contributions of our readers, commentators, authors, and editors. When traffic surges, as it does during election campaigns, coups, street protests, and when a particularly insightful piece ends up going viral, we have, on occasion, knocked our servers off-line.

When I think of the content produced over the years, my mind immediately jumps to the remarkable individual contributions of people like Nick Nostitz, as exemplified by the horror of “In the killing zone”, and Khemthong Tonsakulrungruang, who wrote a long series of critical constitutional analyses. I also think of the spectacular, multifaceted debates we have hosted on topics like the Thai royal family, Myanmar’s democratic flirtations, the under-acknowledged human rights wasteland of Laos, and the lively jousting around issues of high public interest in Singapore, Malaysia and Indonesia.

A decade ago, we also played our small part in pioneering the academic vodcast/podcast formats that have since taken Universities by storm. Episode 6 of “Thailand in crisis”, from back in 2010, is worth re-watching, mostly for its over-the-top opening sequence, as are some of the other series about Thailand and Myanmar. Often, New Mandala has been at its best when we handled issues that tend to get no attention elsewhere – such as this classic (and enduringly popular) post on bodily modification.

For many years, as long-time readers know, I devoted myself to ensuring that the site was a forum for day-to-day debate and discussion. The foundation partnership between Andrew Walker and I came from a supervisor-student arrangement forged in the very earliest part of my academic career. I met Andrew when I was a first-year undergraduate student, and we made the most of our hectic years working closely together. For a time, I lived in the UK, where I completed my graduate degrees, but my home, in every sense, remained the ANU.

I will forever be deeply grateful that Andrew made it possible for me to learn from my mistakes. He was and remains a superb mentor to me, and to an entire generation of students in Australia and across Southeast Asia. His own written contributions to New Mandala are unbeatable for their insight and verve. It is fitting that Andrew, always a superb academic leader, now runs a big University campus where his skills and judgment are required every day.

More broadly, it has, over these years, been a great pleasure collaborating with others to make New Mandala a collegial space. Greg Lopez, nowadays at Murdoch University, was a massive contributor in the early years and took the New Mandala model in exciting directions in Malaysia.

For a couple of years, James Giggacher was in the driver’s seat and did a tremendously creative job of building new audiences. I was delighted when, in recent times, James re-joined the ANU to manage Chancelry media matters. Recently, Liam Gammon has run the site, putting a heavy emphasis on expert Indonesia content and the quality of our other analysis. Both Liam and James deserve the credit for steering the “new” New Mandala under often challenging operating conditions.

Others who have made significant contributions include Martyn Pearce, Nick Nostitz, Cat Yen, Michael Montesano, Darren Boyd, Craig Reynolds, and all of the ANU students who have played different roles over the years.

I am delighted that Becky Gidley now has day-to-day responsibility for New Mandala. Her editorship will, no doubt, encourage a further wave of experimentation. I am particularly pleased that, for the first time, the site is being run by a woman and by a Cambodia specialist.

So, you may be wondering, what did I learn over my years as a New Mandala editor?

First, academic engagement with challenging political and social issues requires personal courage and institutional backing. The big editorial decisions at a place like New Mandala can reverberate for a long time. And, when we look at today’s political and cultural conditions around Southeast Asia, and around the world, let us not pretend that such decisions are getting more straightforward.

Academics and other analysts who wade into ferocious public debates deserve the backing of their organisations. Universities have a unique, perhaps even sacred, responsibility to ensure that debate remains free, fair, open, and critical. The online marketplace of ideas can be a rough-and-tumble place and so we should all try to look after each other, whenever we can. Mutual support is essential wherever researchers and writers are subjected to government pressure, as they often are in different corners of Southeast Asia.

Second, the work of a website like New Mandala requires a strong team, including the many family members and friends who tend to remain in the background. Writing for vast and unpredictable audiences, like the ones that we can now find online, can be a paradoxically lonely pursuit. Of course, there may be individual rewards, but it is only through a collective commitment that such work is sustainable. New Mandala, in its anarchic style, made it possible for people to find support and some measure of security. In the future, I would guess this will be even more important.

Third, orthodox models of academic publishing still have real limitations but the political economy of today’s Universities has offered them more strength than I think they deserve. The endless merry-go-round of scholarly research, writing, editing, reviewing, publishing, and citing draws taxpayer subsidy at every step in a model where crucial revenue is privatised by groups which, from where I sit, return very little to support the common scholarly good. They trade, mostly, on the narrow pursuit of prestige, which appeals to the conservative instincts in all of us.

Breaking this model should be a common goal for the decade ahead. I would like to imagine that New Mandala, in its small way, has helped to push the overdue conversation about academic engagement in more positive directions. I also know that the scope and intensity of analytical discussions in Southeast Asian languages grow all the time. The Internet is a much more diverse place than when we started. On its best days, it is quite a bit more democratic too.

Under these mostly happy conditions, New Mandala jostles for space in what has become a crowded and vibrant Southeast Asian analytical sphere. Online academic engagement of the type that New Mandala helped to pioneer has gone utterly mainstream, with many Universities nowadays supporting active online publishing platforms. Their success is good for the academic enterprise, good for Universities as institutions, and good for society and the taxpayers who make it all possible. There is also still more work to be done, and I hope that a rising generation will find the space and resources to make that happen.

This post is my final post here. Early in the new year, I am taking up the position of Professor and Head of Social Sciences at the University of Tasmania. From that southern vantage, I will continue to enjoy this website’s exceptional attention to Southeast Asian societies, but my academic interests will, I have no doubt, continue to move in new directions. New Mandala will prosper when it takes risks, and when its leaders and readers are prepared to embrace the next big thing.

Blasts from the past 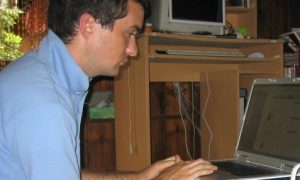 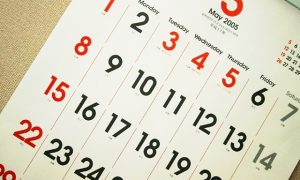 Some days in November

Reflections on the five year and one day rule in Myanmar. 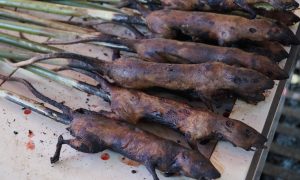 Considering the logistics of expanding this trade.