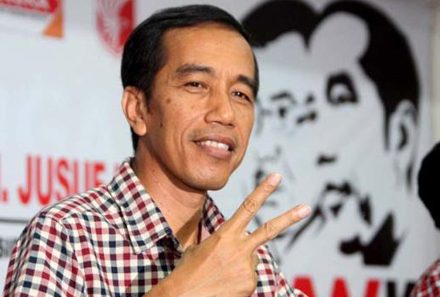 Media, both mainstream and social, are currently abuzz with the unfolding political drama around President Jokowi’s nomination of Indonesia’s National Police Chief. Just days after the nomination of a sole candidate for the top spot, which already drew a lot of criticism from public, Police General Bud Gunawan was officially accused of corruption by the KPK. After a series of unimpressive political moves, including the appointment of party cadre as the Attorney General and the recent appointment of presidential council of advisers, this debacle may be one of Jokowi’s greatest blunders yet.

The issue has become even more intense, as Indonesian today can be seen as quite divided, thanks to an intense and, one can argue, downright brutal presidential election campaign. Now, it seems that people can be grouped into two main camps: the Jokowi skeptics camp and the Jokowi supporters camp. This debacle serves as priceless vindication for Jokowi’s skeptics that he is indeed a puppet president under the control of Megawati.

Yet despite the divisiveness of current Indonesian politics, the general public in Indonesia, as well as Jokowi’s supporters, are exercising a critical and objective stance towards the president. This is an encouraging sign, as citizens can be seen as shifting away from unquestionable political loyalty towards informed political supporters.

For example, the mainstream media that in the past have been amicable to Jokowi have been especially tough in their reporting. TEMPO magazine and Jakarta Post can be seen as the most notable example. The TEMPO cover of Jokowi crowd surfing, even before the formal tally by the National Election Committee, and the open endorsement for Jokowi by a Jakarta Post editorial have provoked many questions about their impartiality.

However, these two outlets have been quite harsh and direct on Jokowi’s decision (and indecision) in this current debacle. The latest TEMPO coverage has been very explicit in criticizing Jokowi’s powerlessness against the old oligarch powers, including Megawati herself. Jakarta Post also openly questioned his decision in their editorial, opening with a direct sentence: “We are flabbergasted by President Joko “Jokowi” Widodo’s hasty decision to nominate Comr. Gen. Budi Gunawan”. The same goes for other reputed mainstream media that have been quite proportional in reporting the issue, challenging the argument that mainstream media is the mouthpiece of Jokowi.

Another encouraging example is how public figures and civil society, who have been openly supporting the president, are now actively garnering public support against his handling of this issue. One prominent commentator Akhmad Sahal (@sahaL_AS), who has been regarded as a staunch supporter of Jokowi, has been quite critical to Jokowi in his latest strings of posts within the twitterverse. Another respected intellectual, Syafii Maarif, who has been openly supporting Jokowi in the past, also challenged his decision. A group of interfaith religious leaders has also taken their stance and openly denounced him. Even Jokowi’s volunteer organization has voiced their demand to call off the appointment. Except for a number of pundits or political elites that are directly politically associated with the administration, most Indonesian public figures and intellectuals seem to retain a critical stance and common sense.

Lastly, equally intense reaction can also be seen from ordinary Indonesians. Over the last few days, the hash tag #shameonyoujokowi has reemerged and is trending. This hash tag originally appeared during fuel subsidy cuts, and in the past was mainly used by the Jokowi skeptic’s camp. However, this time this hash tag is used by both camps equally.

Same goes with Facebook, which is lively with debate and expression of anger, disappointment and confusion, both from the Jokowi skeptics and known Jokowi supporters alike. While the discussions and expressions vary from informed cool-headed dialogue to the heated exchanges of insults with vulgar words, it shows that even the supporters of Jokowi know when he’s making a questionable decision, far cry from the personal cultism which has been associated with Jokowi’s supporters.

In the end, there might be a silver lining behind this unfortunate debacle. The constant uncertainty, surprises and disappointment in Indonesian politics, such as this debacle, may serve as a good, albeit painful, proving ground for Indonesian citizens. It provides an opportunity for citizens to learn how to respond, debate, process information and mobilize public expression for a more even and healthy relationship with the state and fellow citizens. And, so far, despite few clearly crooked politicians, the Indonesian public, its civil society and the media, has performed admirably in responding to this debacle.

Prio Sambodho is a PhD Candidate at the University of Amsterdam, currently researching citizenship and democratization in Indonesia.