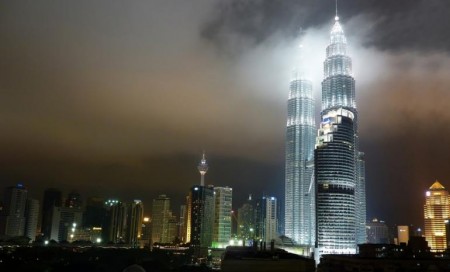 There is this dichotomy between what many people perceive to be the performance of the economy and the numbers that have been generated by Malaysia’s Department of Statistics. Officially, the Malaysian economy grew 4.7% in 2013, down from the 5.6% recorded in 2012. Despite the lower number, GDP growth throughout 2013 accelerated, rising from 4.1% in the first quarter to 5.1% in the last quarter.

These are by no means bad growth figures. Given the slowing growth of the labour force over the decades, Malaysia’s potential headline growth rate has been naturally declining. A growth rate averaging above 5% for the last two years is in fact commendable, especially since Malaysia’s neighbours are doing considerably worse, relatively speaking.

Yet, there remains a startling pessimism regarding the state of the economy, a pessimism that transcends concerns over the cost of living or jobs or income growth. “The economy is bad”, one elder statesman said to me a couple of months ago. In a certain sense he’s wrong, but in a very real sense he’s right.

After the initial recovery from the global recession of 2008-2009, global trade growth plateaued. Countries that were most dependent on global trade saw their economic expansion stunted. Yet in the Malaysian case that barely occurred, despite being one of the most highly exposed and open economies in the world. What explains this gravity defying performance?

Whatever one might think of its virtues or faults, credit is due to the government’s Economic Transformation Programme (ETP). By fostering an environment conducive to investment, Malaysia saw a sudden sharp increase in capital investment, both public and private. While the infrastructure projects under the ETP hogged the limelight, private investment increased sharply as well, particularly in 2012. There’s no doubt that the resulting investment boom helped support economic growth even as external demand remained subdued.

Yet this seeming success wasn’t broad-based. Growth was primarily concentrated in construction and its related sectors. While one could argue that investment in infrastructure such as the Mass Rapid Transit project was necessary and long overdue, there was also an accompanying boom in commercial property construction. The manufacturing sector on the other hand suffered from flat exports, while the primary sectors were affected by both slowing demand and softer commodity prices.

So on the one hand the benefits of Malaysia’s recent growth has been narrowly distributed, while on the other, risks to the economy are increased from potential over-investment in a single sub-sector.

The Malaysian economy is thus fairly diversified, with multiple sources of growth. That helps sustain aggregate income growth even if particular sectors are not doing so well. But in turn, that means the distribution of the benefits of that growth can and will be uneven at any given point in time. Over the last few years, construction and real estate have been significant drivers of growth; with the recovery in the US and other advanced economies now taking root, manufacturing looks set to join the party. But the ongoing growth slowdown in China and India has affected demand and prices for primary commodities and things don’t look so cheery for palm oil, and the oil & gas sector.

Perceptions of the overall economy would thus be driven more by personal circumstance than an objective and holistic appraisal. The answer to the question, “How’s the economy doing?” thus really, really depends on who you’re asking, and when.

Nurhisham H is a Malaysian economist.