Taking parliament to the people in Indonesia

Indonesia’s parliaments—at the national and regional level—are repeatedly measured in opinion surveys as having amongst the lowest levels of trust of any public institution. Only political parties consistently rate lower than the parliament. The biggest single reason why the public views the parliament so negatively is usually perceptions of corruption. Most voters also report that they rarely, if at all, meet with a member of parliament from their electoral district. The parliament clearly has a major PR problem.

Low ratings for legislative institutions are not unique to Indonesia. Politicians across the world in their parliamentary role are generally less well regarded than holders of executive office like prime ministers, presidents, and governors. But Indonesian parliamentarians don’t do themselves any favours by their manifest unwillingness to be seen in their constituencies, except perhaps at election time. The shopfront offices of the local member widely seen in Australia, or the MPs’ “surgeries” for public consultations that are a feature of UK politics, are completely absent in Indonesia. Some politicians will proudly tell a foreign researcher they have a rumah aspirasi in their constituency where local people can present problems or “aspirations” to their representative in parliament. But a discreet visit will usually reveal a locked and empty office with some fading spanduk (banners) at the front.

This phenomenon should be seen from a number of perspectives. At the most basic level, it is one of the most prominent failures of representative democracy in Indonesia. The lack of communication between the people’s representatives and the people is a structural flaw in post-Suharto politics. But rather than being seen as the fault of parliament, as it usually is in CSO/media/academic discourse, it is essentially a symptom of the feebleness of political parties and their failure to exercise guidance or discipline over their parliamentary members. Parties in Australia and UK would quickly dis-endorse an MP who was a failure in constituency relations. The weakness of parties in Indonesia is especially evident in the regions—as one descends the hierarchy from the national to provincial to district level politics, parties move from being secondary to peripheral to almost irrelevant in influencing the behaviour of politicians.

But, of course, from the perspective of an average Indonesian parliamentarian, the incentives to devote time and resources to constituency relations are still weak, while the inducements to stay in the capital are powerful. One of the disincentives for constituency visits is that an MP is usually inundated with demands for personal assistance from his/her constituents. Hands are out for cash to pay for family health and education expenses and for any number of dubious local development “proposals”. Parliamentarians are seenas having deep pockets, probably full of corruptly-acquired cash, and they should share some of their wealth.

While it is not the constitutional role of parliament to deliver government services, citizens approach the people who they perceive to be powerful representatives of the state if they cannot obtain state assistance in any other way. The gaps in the provision of services and the absence of a welfare state in developing countries creates huge expectations on parliamentarians that they can somehow fill the gaps. This is the reality for legislators across the developing world, whether in newer democracies such as Indonesia or long-established democracies such as India. Hence the common demand by MPs to be provided with slush funds such as dana aspirasi. There have been official efforts to encourage members of parliament to visit their electoral districts, or dapil (daerah pemilihan). The parliamentary rules of procedure describe in detail “working visits” that members are expected to carry out during parliamentary recess periods, including their frequency, timing and reporting procedures. The rules are not obligatory, but are clearly designed to put moral pressure on parliamentarians. To provide an extra incentive, allowances to compensate for travelling expenses are provided. While it is normal practice internationally to provide travelling allowances, it is highly unusual to have regulations to push members into performing their duties as representatives. This is evidence that the political, as distinct from regulatory, incentives that normally encourage parliamentarians to carry out these roles are not working in Indonesia.

The weakness of such regulation-based approaches is that they create artificial, top-down pressures to try to replace organic bottom-up incentives from constituents and the wider political culture. Interactions between parliamentarians and constituents under these arrangements are formal, ritualistic and top-down. Activities are conducted for the sake of form, to fulfill regulatory obligations and receive financial incentives, rather than to achieve substantive objectives. A typical recess activity consists of a public meeting addressed by one or more MPs and representatives of local government, with long set speeches and little, if any, opportunity for public input. Participants are paid an allowance to attend, thus encouraging a culture where people attend purely for the money and where invitations are given out as patronage by influential local figures. Topics covered are dominated by physical infrastructure because this is an obvious way for parliamentarians to present themselves as bringing tangible benefits to the community. Wider social and economic issues and problems with government services are rarely discussed.

But there are small signs of efforts to break these patterns of behaviour through grass-roots organisation and action. As a close observer in this area for many years, I have long looked for hints that new approaches might be developing somewhere, to show some way forward. During a recent engagement with an Australian Government-funded program (MAMPU*), which supports civil society organisations aiming to empower low-income women to get better access to government services, I encountered a very interesting development. I observed the efforts of the development organisation Knowledge Exchange for Eastern Indonesia (BaKTI), that has, since 2012, been working to turn conventional top-down parliamentary recess events on their head by a new approach called “participative recess”. Under this strategy, public discussions between constituents and local parliamentarians take the previously formalistic official recess proceedings and turn them into active participatory events. The objective is to bring individual cases and general problems to the attention of local parliamentarians and executive agencies. There are few speeches and the bulk of the time is devoted to organising constituents and local interest groups into focus group discussions based on self-identified categories such as small business, school students and recipients of particular government schemes. Each group formulates a set of issues which are presented to the MP and discussed in the plenary meeting. The majority of participants are women because of MAMPU’s particular focus.

The method has now been used across eight districts (kabupaten) and BaKTI has begun to introduce the participatory recess idea to other CSOs working with the MAMPU program. The basis of the method is that it builds coalitions between CSOs and community-based organisations (CBOs), together with MPs from local parliaments (DPRDs) who are interested in encouraging better constituency relations, as well as local officials such as the camat or village head. BaKTI organises what it calls “constituent groups” which are composed of local groups and individuals, but which receive formal endorsement through a written agreement (MoU) with MPs and local government. These agreements ensure that the participative activities receive support from the DPRD secretariat in the form of logistics, venues and funding. BaKTI notes that it makes particular effort to attract the widest possible membership and that group leaders (pengurus) are composed of committed people and not co-opted by local power-brokers. 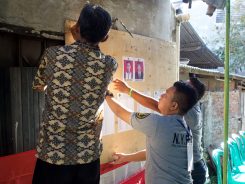 Of course, these participative recess activities will not change the world by themselves. They are small-scale, localised and targeted at the needs of only one specific group—low-income women. The numbers of MPs involved is still limited, with 26 from various DPRDs so far supporting the activities. I have no evidence about whether any of the issues and cases raised in the meetings are being followed up and advocated by the parliamentarians, either in parliament or with relevant government agencies. (Bearing in mind that, even in countries with a responsive legislature, the power of an individual MP to have an immediate and measurable impact on policy and programs is limited.) And it would be interesting to observe what relationships develop between the constituent groups and the MPs in the longer term—will they become just a special interest group receiving patronage from the MP not available to other constituents? But we should not get ahead of ourselves. At this stage, the participative recess methodology represents only a beginning, a model for what could be done if larger and more powerful players were to take up the idea. Its strength lies in its potential to tap into political incentives for parliamentarians—for local politicians the participative recess meetings provide free publicity, promote their standing in communities and help them to get a better understanding of what people are experiencing and thinking. It unites the interests of local community organisations and local parliamentarians. This is the reason the approach has been taken up and actively driven by some politicians themselves, moving beyond dependence on the civil society groups around BaKTI. Such MPs are pushing against the stream of dominant transactional politics, but their activities show that there is a cohort of politicians who genuinely want to build better constituent relationships.

To move beyond their current modest domain, participative recess events and institutionalised constituent groups associated with them need to be supported by a growing network of parliamentarians. Ultimately they will only become a significant feature of the political landscape if they are supported by political parties, and made a compulsory part of the parties’ management and discipline of their parliamentary representatives. If party organisers can be convinced that an effective way to maintain and increase their parliamentary numbers is to improve the quality of their MPs’ interactions with constituents there might be some possibility of parties using this approach. As already suggested, promoting good constituency relations is a standard part of political party managers’ job description in many developed democracies.

Participative recess events, especially the focus group discussions, are essentially a way to aggregate a mass of individual issues and present them for discussion in a systematic way. We should note that this is what political science literature conventionally sees as one of the roles of political parties. If grassroots action starts pushing Indonesian parties to take up one of the many roles they have so far neglected it would be a major step forward. We can only wait for that to happen, but not with bated breath.

*MAMPU = Australia-Indonesia Partnership for Gender Equality and Women’s Empowerment. The views expressed here are those of the author, not MAMPU or the Australian Government 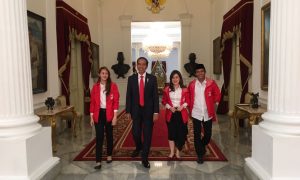 Beyond the media hype, the new Indonesia Solidarity Party (PSI) isn’t much different from the conservative, oligarch-linked parties we’re used to.