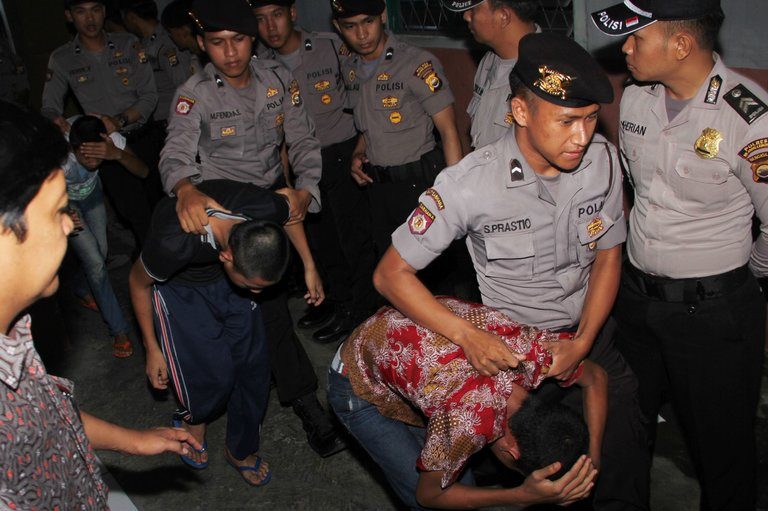 The cost of castration in Indonesia

In recent weeks, debate over the policy of castration as a form of punishment for sex offenders has emerged in Indonesia. The controversy was driven by severe acts of sexual harassment across the country. Recently, several intoxicated men raped and killed a Junior High School student in Bengkulu Province, and a young woman from Tangerang city was found dead after being sexually assaulted by several youth. As a response to the incidents, President Joko Widodo proposed that castration be introduced as a potential sentence to punish perpetrators further, and to have a deterrence effect upon others.

The response from citizens are diverse. On one hand, child advocates strongly support the initiative, saying it is a great breakthrough against sexual abuse. On the other hand, some activists are skeptical, for reasons ranging from religious perspectives to questioning the efficiency of the policy. And from a human rights perspective, the phenomenon raises the question of whether castration as a state punishment is ethical and appropriate to be implemented in this era.

Ethical Concern
Male libido can be lowered by either chemical or physical castration. This practice is frequently used to punish and/or treat certain sex offenders, such as pedophiliacs and rapists. For instance in Sweden, France, and Germany, chemical castration is offered as a treatment to sex offenders with their consent, whereas in Poland and South Korea, it is conducted a mandatory punishment. Offenders are periodically treated with a certain drug in order to reduce their sexual desire.

In Germany and the Czech Republic, removing the man’s testicles through surgical castration (orchiectomy) is offered as a treatment to sex offenders. This treatment should be done only with the consent of patients and is thus presented as a voluntary treatment, not a punishment. Despite its voluntary nature, this treatment raises bold objection and criticism from the Council of Europe, particularly the European Committee for the Prevention of Torture and Inhuman or Degrading Treatment or Punishment (CPT). After investigating the castration practice in Germany from November to December 2010, the CPT reported that the surgical castration is a form of ‘degrading treatment’ under human rights. Moreover, the CPT also questioned the effectiveness of the treatment and the validity under which offenders’ consent is freely obtained.

Furthermore, the effectiveness of castration as a punishment for sexual abusers is unconvincing. An intensive study conducted by Nikolaus Heim (1981) examining 36 voluntarily castrated sex offenders in Germany found that 31% of the offenders still felt a sex drive and were able to engage in sexual intercourse. Castration also tends strongly affect males between the age of 46 and 59 years. If the impacts of castration as a treatment are still greatly challenged, why should it be implemented as a punishment?

Human Rights Perspective
Surgical castration is an invasive operation conducted to remove a part of the body (testes) permanently in order to stop sex hormone production. This procedure fits the common definition of mutilation as “to cut off or permanently destroy a limb or essential part” (Merriam-Webster). From a human rights perspective, this surgery can be seen as an inhumane punishment.

Under article 16 of the Convention against Torture and Other Cruel, Inhuman or Degrading Treatment or Punishment (CAT), state has an obligation “to prevent in any territory under its jurisdiction other acts of cruel, inhuman or degrading treatment or punishment which do not amount to torture as defined in article I, when such acts are committed by or at the instigation of or with the consent or acquiescence of a public official or other person acting in an official capacity”. Similar to CAT, article 7 of the International Covenant on Civil and Political Right (ICCPR) refrains parties from treating or punishing individuals with such an act of cruel, inhuman or degrading character. Moreover, article 7 also prohibits any conduct of medical experimentation without the consent of the subjected person.

As a member state of ICCPR and CAT, Indonesia has an obligation to respect, protect and fulfill the provision of prohibition of cruel, inhuman or degrading treatment or punishment. It can be said that Indonesia will breach its international obligations to CAT and ICCPR if surgical castration is applied to punish the offenders of sexual abuse.

Despite affecting the functional and physical appear of men’s genital, the removal of testes also causes a serious impact to personal life. Sentencing the perpetrators of sexual abuse with a physical castration potentially violates their right to marry and found a family under article 23 of the ICCPR. Once the testes are cut, there will be no hope for having a harmonious family with children.

It may be true that punishing sexual offenders with castration will have a deterring effect for both current and future perpetrators. However, this type of punishment potentially prevents the wrongdoer from a second chance to be a better individual. Cases in some countries also prove that the use of castration as a punishment needs to be reviewed.

Clearly, victory comes at a high price. Every action taken by the government has its consequences. But, should the Indonesian government sacrifice its citizens’ rights with this punishment?

Prischa Listiningrum is an LL.M. Student of the University of Edinburgh. She previously served as a teaching assistant for two years in Faculty of Law, Brawijaya University, Indonesia. While studying, currently, She also works as a research fellow in the Center of Nuswantara Civilization Research (Pusat Studi Peradaban Nuswantara). Her research interests are constitutional, international, human rights, and environmental law with a particular focus on the European Union and Southeast Asia. She can be contacted at [email protected].

Rizqi Bachtiar is an MPA Student of the University of Birmingham. He was previously active in some political works. He currently serves as the President of Indonesian Student Association in Birmingham (PPI MIB). His research interests are decentralization, policy making and analysis, corruption, leadership, and managing public money. He can be contacted at [email protected]